Helio X20 has garnered significant amounts of popularity in the past few months, primarily because it happens to be the first mobile SoC that features a deca-core processor. Now, thanks to a video uploaded by ARMdevices, we got to know more about the power consumption attribute of Helio X20, which according to MediaTek, will be consuming 30-40 percent less. While the video did not care to point out which processor group will Helio X20 be consuming less power than, we can speculate that it will be the pairing of Cortex-A53 and Cortex-A57 processors, which are present in chipsets such as Snapdragon 810 and Exynos 7420. 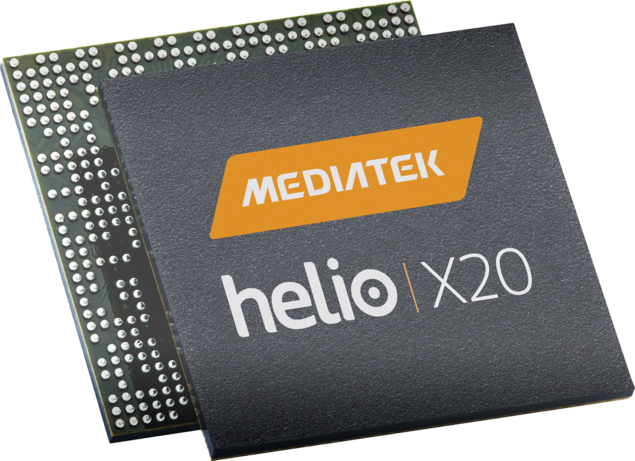 Helio X20 To Feature CorePilot 3.0 That Will Automatically Distribute Load Between The Processor And GPU, Resulting In Lowered Power Consumption

While details of which cores are going to be present inside the 10-core CPU are already known to the general public, we feel it is our duty to point them out again. Cortex-A72 and Cortex-A53 will be paired together in ARM’s big.LITTLE architecture and will feature the following processing cores and clock speed.

While it has already been stated earlier that Helio X20 will be consuming 30-40 percent less power, MediaTek credits its own CorePilot 3.0 algorithm present in the mobile SoC for substantially reducing that power consumption. This is because the algorithm will be distributing the load across the CPU and GPU (depending on the task that is being carried out), reducing power consumption effectively. The graphics processor running inside the mobile SoC will be none other than Mali-T880, which features four GPU cores running at a clock speed of 700 MHz. 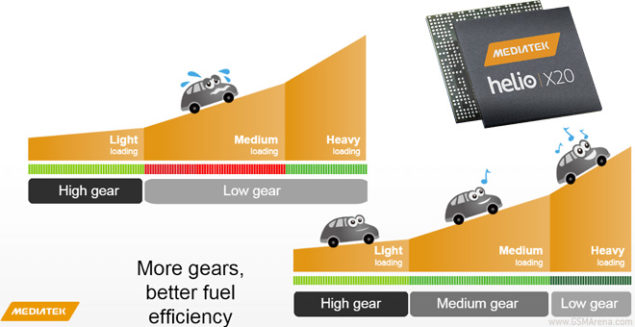 Apart from the company’s Helio X20, Helio P10 was recently announced by MediaTek, which should reduce the performance gap quite nicely. It looks like we are also going to witness Helio X10 in action because HTC had recently announced the world’s first smartphone that will be running the aforementioned SoC underneath its housing, and will be called HTC One ME.

Even though there was a temperature test conducted between Helio X20 and Snapdragon 810, we are not entirely concerning the authenticity of the results. In the near future, we will be able to present a more conclusive analysis when Exynos 7420, Snapdragon 810 and Helio X20 are pitted together. For now, we are patiently waiting for handsets sporting the prodigious 10-core chipset.