With smartphones and processors seeing upgrades every day, more and more manufacturers are starting to update their product lineup. Yesterday we saw Media Tek introduce two new octa core 64 bit chipsets, one of which was the MT6753, which includes upgraded LTE band support but a decreased frequency over its predecessor, the MT6752.

After MediaTek, ARM has also decided to jump the upgrade ship , with the manufacturer announcing upgrades to its Mali GPU lineup. The chipmaker has announced the Mali 800 series today, which come with several upgrades and improvements on board. 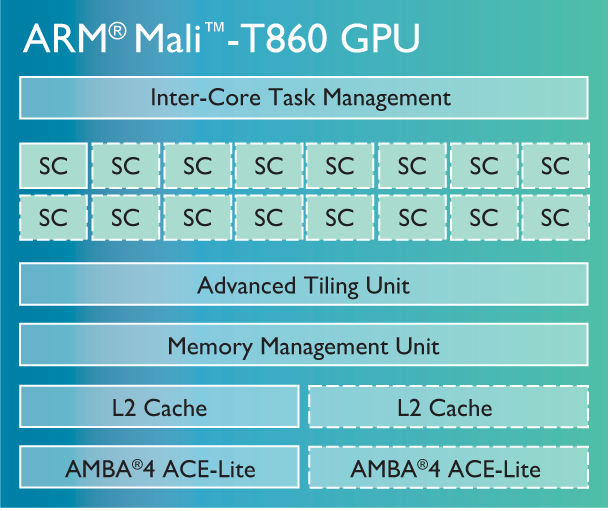 ARM To Launch Mali T800 Series And Mali-DP 550 Building Blocks - To Appear In Devices Next Year.

The crown jewel Mali T860 improves incrementally over its predecessor in terms of API support  with support included in the unit for OpenGLES 3.1, DirectX 11, OpenCl and RenderScript. The other two variants of the T800 series are also similarly equipped to their predecessors in terms of performance. The T830 uses half the shading cores on the T730 but doubles its arithmetic capability by using two ALUs per core. The T820 remains similar to the T720 with one ALU per core.

In addition to the Mali T800 series the manufacturer has also introduces new display and video blocks. The Mali DP550 while enabling secure transmission of video from source through the SoC also adds in specialized co-processors for display tasks and increases the composition layer count to seven from three. 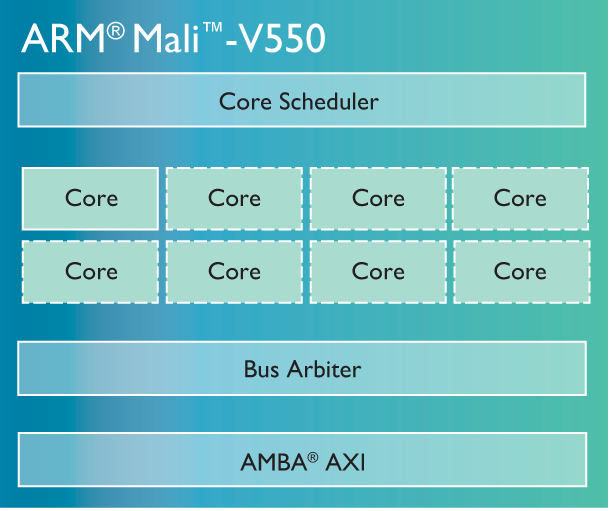 The new video block released, the Mali V550 adds hardware support for both decoding and encoding of H.265. The three products introduced by ARM are expected to feature in products launching next year. By the looks of thing, just like MediaTek before it, ARM also has not made any significant or groundbreaking changes with its upgrades. We'll find out more as they start to feature in devices.