Remember the time when it was reported that Taiwanese fabless semiconductor manufacturer MediaTek was rumored to be working on a 10-core processor codenamed Helio X20; which will be taking on Snapdragon 810 in the process? Well, it appears that the very first thermal tests conducted between Snapdragon 810 and MT6797 have taken place. According to Stjsgadgets Portal, MediaTek had performed an internal test on its chipset, along with Snapdragon 810. While the accuracy of the test results cannot be confirmed since an actual handset sporting a Helio X20 chipset has not been released, these tests are worth checking out. 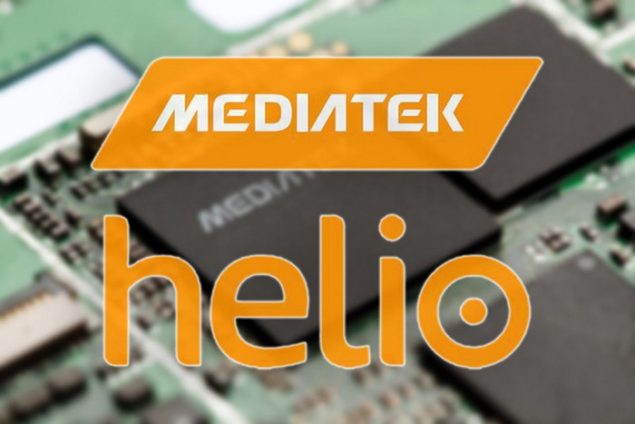 The following tests were conducted between the two mobile chipsets.

The source states that during the test, Helio X20’s temperature readings started to exceed the readings of Snapdragon 810 during the more taxing part of the benchmark. In order to reduce temperature readings and deliver additional performance, the last two cores of MT6797, which are undoubtedly ARM Cortex-A72, were used, resulting in better performance and thermal efficiency. Both chipsets started out the benchmark using their lowest performing cores, which were Cortex-A53.

As the tests starting exerting more stress on the chipset, the heavy guns came in to play and started evenly distributing the load across the cores. So what does this tell us about Helio X20? Having a deca-core processor will certainly be advantageous when load distribution and temperature reduction is being concerned. Nonetheless, we are still skeptical about these results. 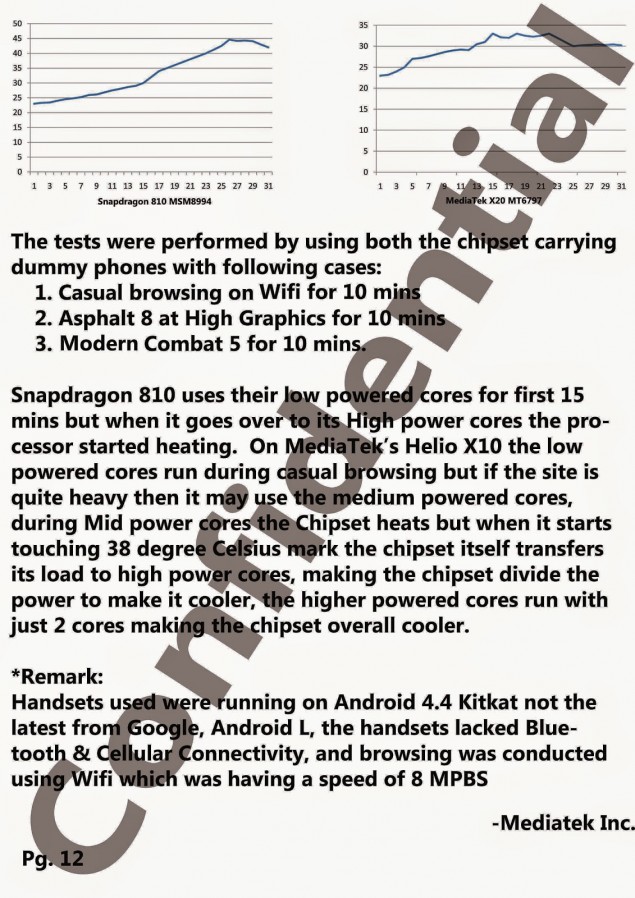 This is because a similar test like this was conducted between Snapdragon 815, Snapdragon 810 and Snapdragon 801. While Snapdragon 815 turned out to be the victor in all of the tests, a Qualcomm official later confirmed that there was no such thing as a Snapdragon 815, leaving us bitterly disappointed right at the end. When the first handset running MT6797 gets released, only then a proper list of tests can be carried out in order to deduce which chipset is the better performer in both performance and temperature maintenance fronts.