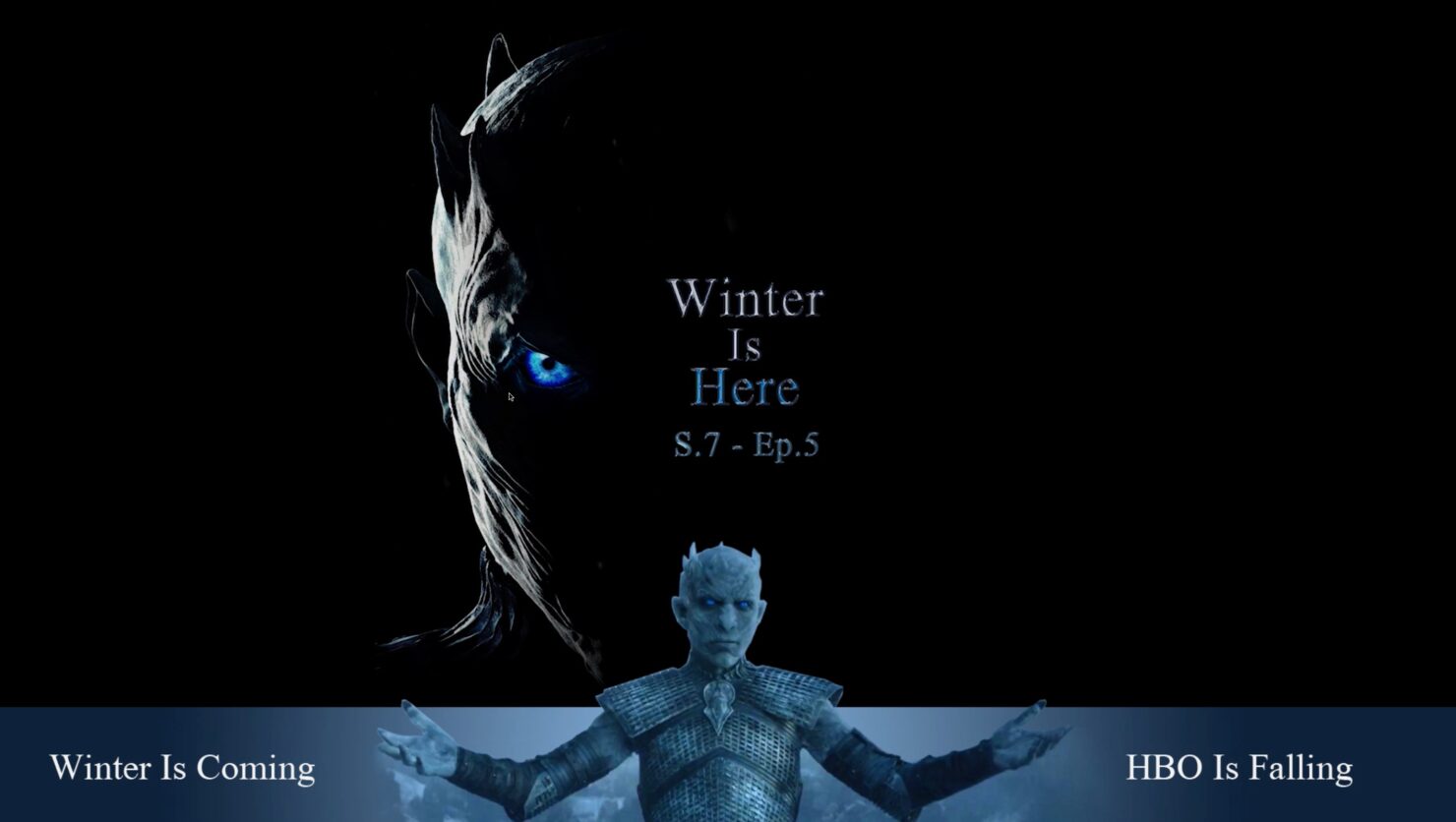 After making claims of having stolen over 1.5 TB of HBO data, the hackers are back and it's finally clear what their motive was - ransom. Yesterday, the group had released yet another script of the upcoming Game of Thrones episode, due to air on Sunday. Their previous leak was overshadowed when another hacker - by HBO's own statement - released the GOT episode 4 in full. The group is now back with not only the script but also internal emails of a top executive and contact details of GoT stars.

Many have already called this hack being potentially worse than the Sony Entertainment's 2014 episode. While we don't know what kind of incriminating data hackers have their hands on, they are asking HBO to consider their demands just some advertisement bills and pay up!

"Our demand is clear and Non-Negotiable: We want XXXX dollars to stop leaking your Data. HBO spends 12 million for Market Research and 5 million for GOT7 advertisements. So consider us another budget for your advertisements!"

Hackers have shared a video letter which they are claiming they have sent to HBO CEO Richard Plepler. They have redacted the amount that they have demanded from the company from this video.

The latest leak of HBO data breach includes scripts for the first four episodes of the current Game of Thrones season along with the upcoming fifth episode's script, administrator passwords for HBO's internal network, emails, financial balance sheets, employment agreements, countless other HBO internal documents, and archive of emails of one of the company's top executives.

"We successfully breached into your huge network...HBO was one of our difficult targets to deal with but we succeeded (it took about 6 months)."

The hackers have also claimed to have spent over $500,000 a year to purchase zero-day exploits that enable them to penetrate different networks.

According to The Guardian, at least one document includes a list of personal phone numbers, home addresses, and email addresses for the season 7 Game of Thrones stars, including the likes of Emilia Clark, Peter Dinklage, and Lena Headey.

This is worryingly looking like the Sony Pictures hack from three years back, which proved to be chaotic and embarrassing for the company. While HBO has confirmed that thousands of its internal documents had been stolen, it's unclear if the company will agree to pay ransom considering it has already reportedly asked the FBI for help.

"We continue to work around the clock with outside cybersecurity firms and law enforcement to resolve the incident," HBO spokesperson Jeff Cusson said about the latest data dump.

However, despite this barrage of threats, the hackers believe they are white hats and not criminals. "Its a game for us. Money isn’t our main purpose," the ransom note reads.

The hackers have claimed HBO is their 17th target and only three have refused to pay in the past. "Leakage will be your worst nightmare," the note threatens. "So make a wise decision!" They have threatened to dump more videos of future shows with their logo "HBO Is Falling." The video ultimatum ends with an image of Game of Thrones' Night King with his arms raised, with the word "standing" in one hand and "falling" in other.

"We don’t want to endanger HBO’s situation nor cause it to lose its reputation. We want to be your partner in a tiny part of HBO’s huge income."