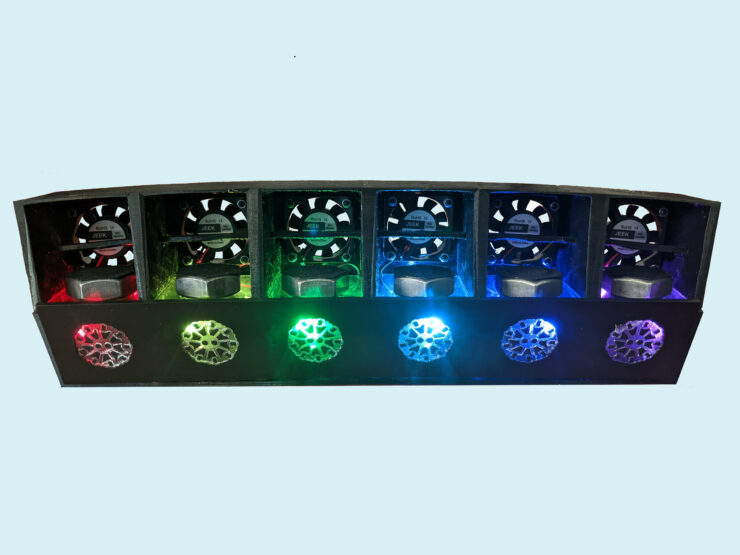 VR gaming has been on the rise, especially during the pandemic, while VR gaming does increase the immersion that many players feel some gamers want to further the immersion. HAPTICSOL has a product that may just bring even more immersion to VR and non-VR gamers; this product is called the Cilia Development kit. HAPTICSOL has announced three different versions of this product, the original, the compact version, and an Adventure Climb VR Special Edition.

The Cilia Development kit is designed for Game developers looking to add supports into your projects and games and has two games offering support for this device. These two games include Adventure Climb VR and (with the help of a forge mod) Minecraft. In contrast, the Adventure Climb VR game offers native support and a slightly different experience compared to Minecraft's support.

The Cilia Development kit comes with six starter scents and a carrying case; for developers, this device features both a Unity Plugin and an Unreal Plugin. These Plugins allow developers to both easily and efficiently add support for this new immersion device to their game.

Since this device is labelled as a development kit, the base (which holds the various scents) is mostly 3D-printed but does offer RGB support. This RGB support can show which respective scent is being used and is completely customizable with the Cilia software. While this device is 3D printed meaning structural support is somewhat lacking, the final version with feature much more structural support.

The SDK also features a virtual version of this device, allowing developers to offer support for the Cilia Development Kit without ever owning the device, itself. This allows developers who may want to have support for this new type of device but only order a single device to have multiple developers working on in-game support.

The Cilia Development kit has three different variants, the Cilia Developer kit, the compact developer kit and even a special edition which is stylized to fit the Adventure Climb VR game. All of these kits are currently available through the HAPTICSOL website with the same price tag of $199.00.