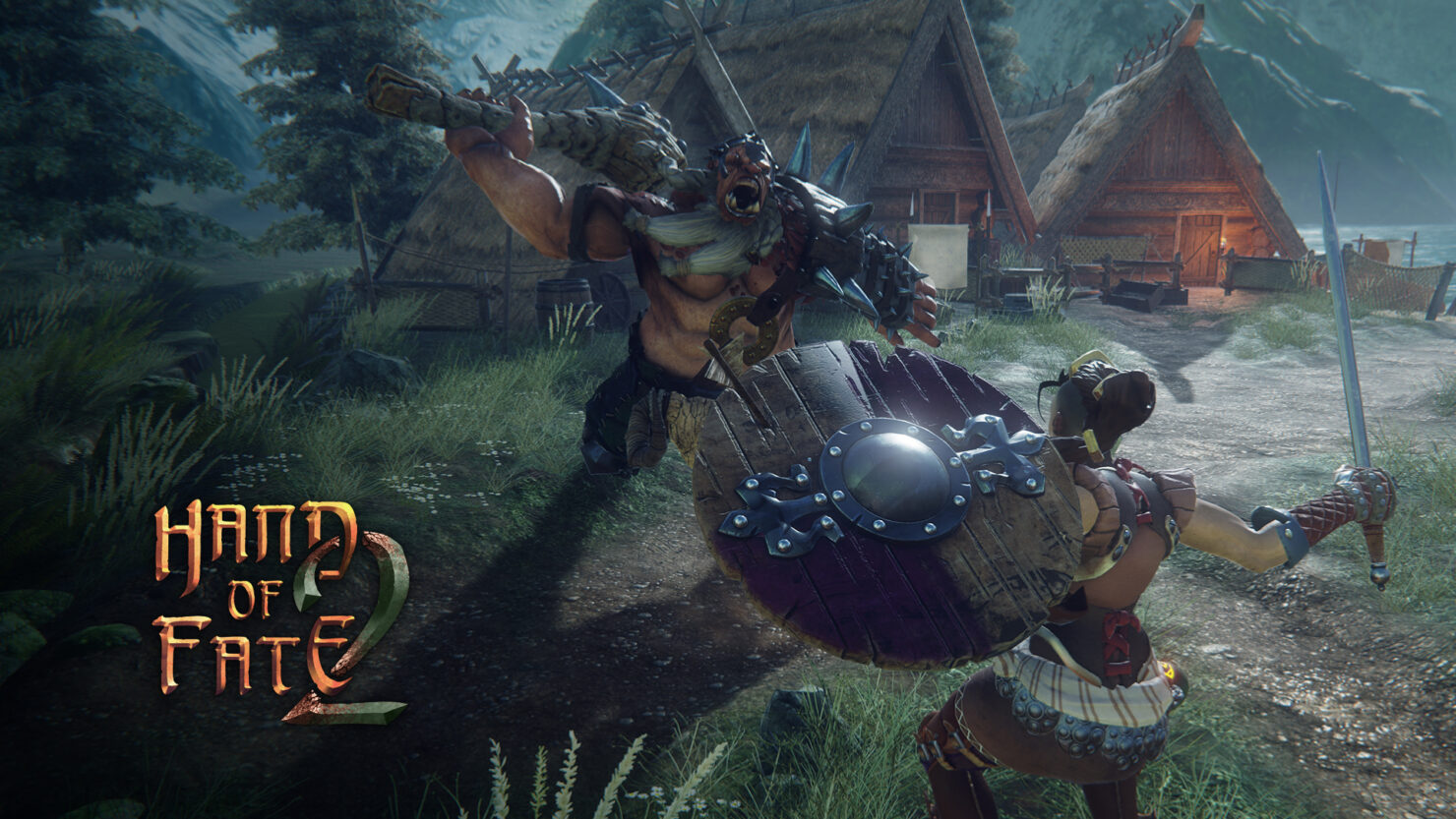 The rise of card games has been both exponential and unpredictable. While many of them have merely tried to follow in the footsteps traced by Blizzard's Hearthstone, Australian-based indie studio Defiant Development was the first to try marrying an action RPG with roguelike and deck building elements. The result was Hand of Fate, a game that was very successful in its own niche.

Defiant Development is now working to complete the sequel, Hand of Fate 2. We've talked to them to learn a bit more about it before it ships later this year on PC, PlayStation 4 and Xbox One.

Hand of Fate is certainly an original blend of multiple genres. How did you get the idea for such a game and how complex was it to make it work?
The core conceit of generating dungeons from pre-selected cards came out of our exploration of new ways to randomize content while still proving player agency and transparency. Our earlier mobile title, Heroes' Call, had a lot of randomization in it, but it was mostly invisible to the player. We were looking at ways to make it clearer when we hit upon cards. The hybrid nature of the game meant we had a lot of exciting new gameplay ideas but few prior examples to learn from. That's one of the reasons we wanted to work on a sequel, to make the Hand of Fate game we knew how to make, now that we'd made a Hand of Fate.

The first game was downloaded over 2.2 million times. Were you expecting this kind of success and does this add considerable pressure to Hand of Fate 2's development?
We set out to make a game for a specific niche group of people. We knew that building a game that combined deck building with action gaming would work really well for that specific niche, but we've been delighted to see it reach a broader audience. That hasn't really changed the pressure for HoF2 though - our goal is pretty simple. We want to make the best HoF game we possibly can, and we want to make sure anyone who loved HoF will be amazed by HoF2. That's going pretty well so far!

Can you tell us briefly how the plot will lead into Hand of Fate 2?
Hand of Fate 2 kicks off one hundred years after the conclusion of the first game. The Dealer has been deposed and depowered, and has enlisted a new hero to be the instrument of his revenge. The world has moved on in those one hundred years; an expansionist, militaristic empire has come to power and magic is being suppressed. The player will be forced to navigate this treacherous world of conflict and oppression on their way to defeating the new owner of the Game of Life and Death.

One of the big new features of Hand of Fate 2 is the companion system. Can you tell us how this improves the game? How many companions are there in total, anyway?
We've got four companions in the game at the moment, though only three of them have been revealed so far. Each companion is able to influence the game in unique ways, so they give players a big, interesting decision to make each time they tackle a challenge. Their inclusion makes combat more bombastic and dynamic, but they're also able to introduce new narrative choices in encounter cards and tip the odds in your favour in games of chance.

Beside the companions, which new feature do you think will be more important for the title's gameplay?
Our challenge board is going to get players thinking about their adventure deck composition a lot earlier this time around. Instead of simply structuring the game around a series of boss battles, we've split the game up into separate adventures, each with their own story and deckbuilding objective. Players might have to raise as much gold as they can before the final level or avoid encounters where they fight soldiers. These scenarios are designed to get players out of their comfort zone and explore the entire card library while still allowing them to develop their own strategies and playstyles.

Will Hand of Fate 2 have more content and last longer? Can you give us an estimate on the longevity?
We're aiming for a similar amount of content, but expect a more interesting campaign with less end-game grinding. We're still tweaking the playtime, but it won't be any less than the first game.

Did you ever consider adding any form of multiplayer to the game and if so, why didn't it make the cut?
We considered it, certainly, but it was something we quickly realised was beyond the scope of the current project. It's a popular request, and definitely something we'll consider when we move on to whatever it is we move onto next. We're hoping that the boardgame satisfies those fans who desperately need a multiplayer HoF fix this year.

Do you plan to release any more content, paid or free, for Hand of Fate 2 after launch?
We've got plans for both paid and free DLC content post release. HoF2 is much more modular in design, which gives us a lot of flexibility when it comes to DLC. One of the issues we ran into with the Wildcards DLC in HoF was that there was no way to guarantee you'd be playing through the new content when you started a session. Our new game structure means we can release additional scenarios with their own complete narrative as well as events, equipment and other fun cosmetic stuff.

HDR technology is slowly spreading through the game industry. Beside PlayStation 4 and Xbox One S, now even PC gamers will have access to it when the first HDR monitor ships later this year. Will Hand of Fate 2 support HDR and if so, on which platforms?
Not at the moment. We're excited about HDR, but as a small studio we really have to focus our development on things that will get us the most bang for our buck.

Can you tell us your target resolution and frame rate for PlayStation 4 and Xbox One?
1080p on both. We're hoping to hit 60fps before release, but right now we're sitting on a solid 30. There's still a lot of optimizing left to do.

Will you support PlayStation 4 Pro and if so, which enhancements are you working on? What do you think of the hardware as a whole?
Absolutely. It's too early to discuss any PS4 Pro-specific enhancements, but we're keen to work with the hardware.

Do you intend to support Xbox's Project Scorpio when it launches? Also, what about Nintendo's Switch - any chance of that?
We will. We haven't announced anything for the Switch yet, but we're not ruling it out. It looks fun.

Finally, can we expect Hand of Fate 2 in the latter part of Q1 or perhaps a little earlier?
Nice try.