One of the most appreciated mechanics seen in The Witcher 3: Wild Hunt is the GWENT minigame, a very simple yet very engaging card game that has not only spawned countless jokes on how playing a game of GWENT is more important than looking for Ciri and defeating the Wild Hunt, but also a couple of excellent standalone releases - GWENT: The Witcher Card Game and Thronebreaker: The Witcher Tales. While the first has continued to thrive, thanks to the superb support provided by CD Projekt Red, the Polish developer hasn't released anything regarding single-player GWENT following the release of Thronebreaker. Thankfully, the drought has ended, and GWENT: Rogue Mage is here for all those who love the card game by CD Projekt Red but are not competitive players.

Despite both being single-player games, GWENT: Rogue Mage is a very different game than Thronebreaker: The Witcher Tales. While the latter was closer to a regular main entry in The Witcher series, featuring a very gripping story, the former is more its own thing, a roguelike game powered by GWENT mechanics that works way better than I expected.

Unlike the already mentioned Thronebreaker: The Witcher Tales, GWENT: Rogue Mage is relatively light on the story. The game follows the legendary sorcerer Alzur and the sorceress Lylianna as they venture out into the world in search of the mutagens that will let them rid the world of the monsters that have invaded it following the Conjunction of the Spheres. These mutages will eventually allow Alzur to develop the special potions used during the Trial of the Grasses to create Witchers. While the game's premise was ripe for some amazing storytelling, it's clear that creating a deep story wasn't in the developer's intentions this time around. There is enough of it for a roguelike game, and it is definitely interesting, but do not expect anything on the level of the main entries in The Witcher series or even Thronebreaker. Only a few lines of dialogues and a few cinematics are included in the game, and they tell a story that is not considered canonical. A missed opportunity, everything considered.

Despite GWENT: Rogue Mage not featuring the same in-depth storytelling CD Projekt Red is known for, there are still plenty of reasons to play the game for fans of the series, as the combination between roguelike and GWENT mechanics works incredibly well, creating a very addictive experience.

The GWENT: Rogue Mage main campaign comprises multiple runs that take around one hour to complete, where Alzur has to defeat different monsters to collect their mutagens. These runs, however, are quite unpredictable, as you will be running into different regular enemies, powerful Elite enemies that can evolve specific cards upon defeat, collect Treasures that can make your run a little easier, experience events that can lead to acquiring new cards or upgrading existing ones, and interact with Places of Power to restore your energy or further alter your deck while moving on different maps. In true roguelike fashion, the first few runs are pretty challenging, as you are only able to bring the Bulwark deck with you, with very few cards at your disposal, but as you play, you will gain experience points to level up and unlock additional decks, Reinforcement cards, new Treasures, Potions that grant different effects during a run and so on. It is a straightforward progression system, but it works great, as it makes the player feel they have achieved something, even if the latest run failed.

All battles in GWENT: Rogue Mage are powered by the GWENT mechanics, and if you only played the game in The Witcher 3: Wild Hunt, you will inevitably feel a little confused because things have changed quite a bit since Geralt's last adventure. The basics are the same, though: the player and the AI take turns playing cards in their hands, placing them on either the melee or ranged row, and, after having played all cards in their hand, the player with the highest score wins. The devil is in the details, as they say: the three rows have become two, cards can be played on any row, and most cards have special abilities that get activated in a variety of ways, such as when played or when certain conditions are met, and it's these abilities that define each deck available in the game.

The starting Bulwark Deck, for example, focuses on boosting your cards' values, making them worth more points, and letting them activate various special abilities. Wild Fury, on the other hand, focuses on damaging the opponent's cards to activate specific special abilities. Each deck also comes with three Key Cards, which could be considered the central cards of the deck, which come with powerful abilities that complement the deck's main theme well. For example, one of the Key Cards of the Bulwark Deck is Visygota of Corvo, a card that can boost any card on the board by one point. This ability is recharged every time the player plays a card, allowing for a continuous boosting of cards that can activate abilities upon boosting, such as the Tridam Infantry cards, which damage an opponent's card when boosted.

The many available strategies are one of the reasons why GWENT is good to begin with, but GWENT: Rogue Mage goes the extra mile by adding roguelike mechanics. Unlike in the main game and Thronebreaker, players cannot customize their deck outside of picking Alzur's spells (which require energy and cannot be spammed) and the chosen deck's Key Card. Every extra card is obtained by winning battles or completing the random events on the map, which makes the experience incredibly dynamic, as the player may end up coming up with a unique strategy they may have never discovered if they could put their own deck together. While this makes the game unpredictable in a true roguelike fashion, it is also incredibly engaging, as players have to focus on their choices, even outside battle. Almost every card synergizes well with others, so picking the right one can make the run much easier. Players will want to do that at all times since GWENT: Rogue Mage can get tricky, especially at the start, as boss battles are challenging and require different conditions that force players to adapt to them. All this makes the around 30 hours needed to complete the game always feel fresh and exciting.

When it comes to visuals, GWENT: Rogue Mage doesn't differ too much from GWENT: The Witcher Card Game. The game features multiple animated boards that look nice enough, and all cards' artwork looks equally good, although they are the same ones as the multiplayer game. While good-looking, visuals are on the simple side, so most players will have no trouble running the game on any relatively recent system.

While the story leaves a little to be desired, GWENT: Rogue Mage is a more than worthy purchase for all fans of The Witcher universe. You won't be finding many monster slayers roaming around the world, but the game's mix of card games and roguelike mechanics makes its experience one to remember. 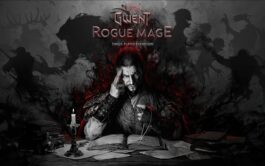 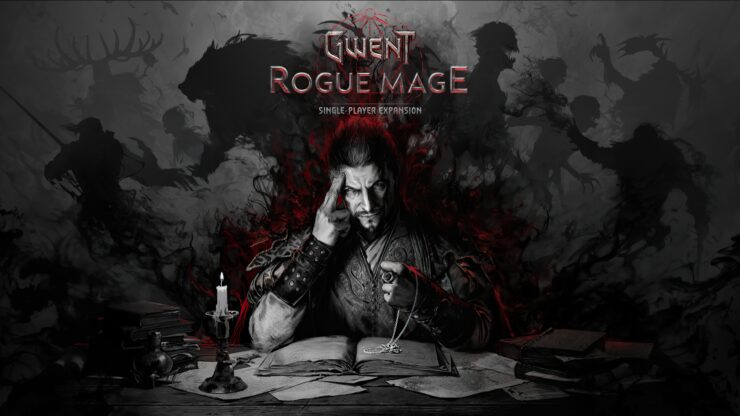 While quite different from the previous single-player GWENT experience, GWENT: Rogue Mage is an extremely solid title that masterfully combines mechanics from the card game introduced in The Witcher 3: Wild Hunt with roguelike mechanics. With tons of different cards and different strategies, Alzur's search for the mutagens that will create The Witcher is an extremely engaging one, despite the smaller focus on story, compared to other games belonging to the popular series.