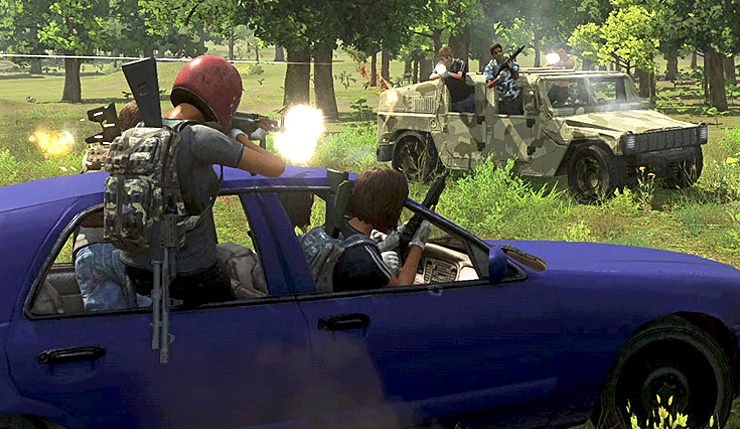 Sometimes being first to the party can backfire. H1Z1 hit Steam Early Access in early 2015, making it one of the pioneers of the fledgling battle royale genre, but the game has since been thoroughly overshadowed by competitors like PlayerUnknown’s Battlegrounds and Fortnite Battle Royale. Well, H1Z1 finally leaves Early Access today, and developer Daybreak Game Company is hoping to generate some fresh excitement for their game with the new vehicle-based Auto Royale mode. You can check out a trailer and official description of the new mode, below.

“Auto Royale is a new team-based, vehicular battle royale game mode. We’ve seen how entertaining driving around can be in H1Z1, so we decided to run with the idea and have a little fun. In Auto Royale, we lock you and your teammates into a vehicle, launch you into the map with up to 29 other teams and watch the mayhem unfold. During development, the team had a lot of fun adding new elements to the game specific to Auto Royale that help fuel the vehicular chaos, including the new ARV military-style vehicle, a light machine gun, landmines, corrosive gas, jumps (double jump!), ramps, oil slicks and so much more.”

So, basically, Auto Royale a bigger, more violent version of Mario Kart’s Battle Mode? I’m down with that! It should be mentioned that while H1Z1 leaves Early Access today, the new Auto Royale mode will remain in beta and “continue to develop with feedback from the community.” Hopefully the mode doesn’t stay in beta for three years.

In addition to Auto Royale, a number of other improvements are coming to H1Z1, including a revamped scoring model, the ability to choose where you spawn, new rewards, and of course, a long list of bug fixes and balance tweaks. You can check out the full update notes, right here.

Any lapsed H1Z1 players out there? Could any of this new stuff entice you back? Or are you one of the few (H1Z1 has lost over 90 percent of its original playerbase) that have stuck with the game through thick and thin?

H1Z1 is currently available on PC. Xbox One and PS4 versions are in the works, but no release date has been announced.