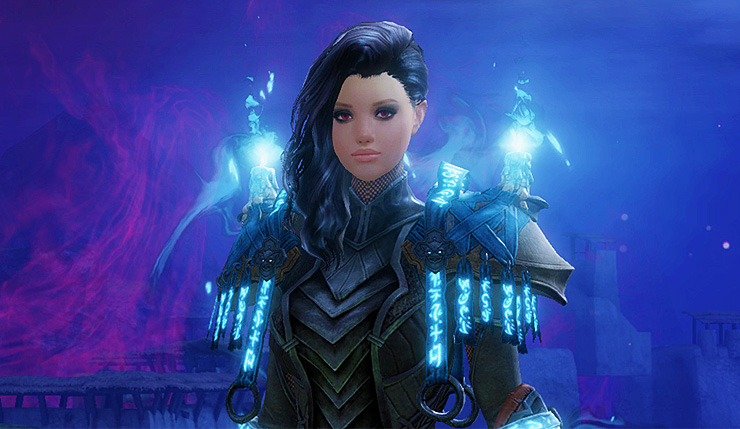 For its entire existence, ArenaNet has been a one-game-at-a-time developer. They made pioneering MMORPG Guild Wars, then followed that up with Guild Wars 2,  and that’s basically been it. For the past two decades supporting Guild Wars on PC has been ArenaNet’s full-time job, but it seems that may be about to change.

ArenaNet recently posted a job listing for a new art director, who will be working on an “unannounced third-person fantasy action console title.” Here’s the basic job description:

ArenaNet is seeking an Art Director to drive art development for an unannounced third-person fantasy action console title.  As Art Director, you will work collaboratively with project leadership to drive the look and maintain visual quality across all art disciplines with both internal and external partners.

Lot of interesting info packed into those two sentences. Of course, a third-person action title could indicate a new Guild Wars game, but the job listing doesn’t mention anything about online or MMO-style gameplay. This, of course, is also the first time ArenaNet has embarked on making a console title. Elsewhere in the job ad, it’s mentioned the applicant should have experience with Unreal Engine 4, indicating ArenaNet will be moving away from their own internal engine for the first time. The move to Unreal also strongly hints this is an entirely new game, and not just a port of an existing Guild Wars title.

ArenaNet was hit with a round of layoffs earlier this year, as income from the aging Guild Wars 2 has declined. The developer’s last remaining founder, Mike O’Brien, also left the company back in October. While ArenaNet has vowed to continue supporting Guild Wars 2, it definitely seems like the studio might be at a bit of a crossroads – it will be interesting to see what comes next.

What do you think? Do you think ArenaNet possibly getting into the console game business is a wise move?

Guild Wars Developer ArenaNet Hit by Round of Layoffs

Guild Wars 2: Path of Fire Review – Back to the Desert