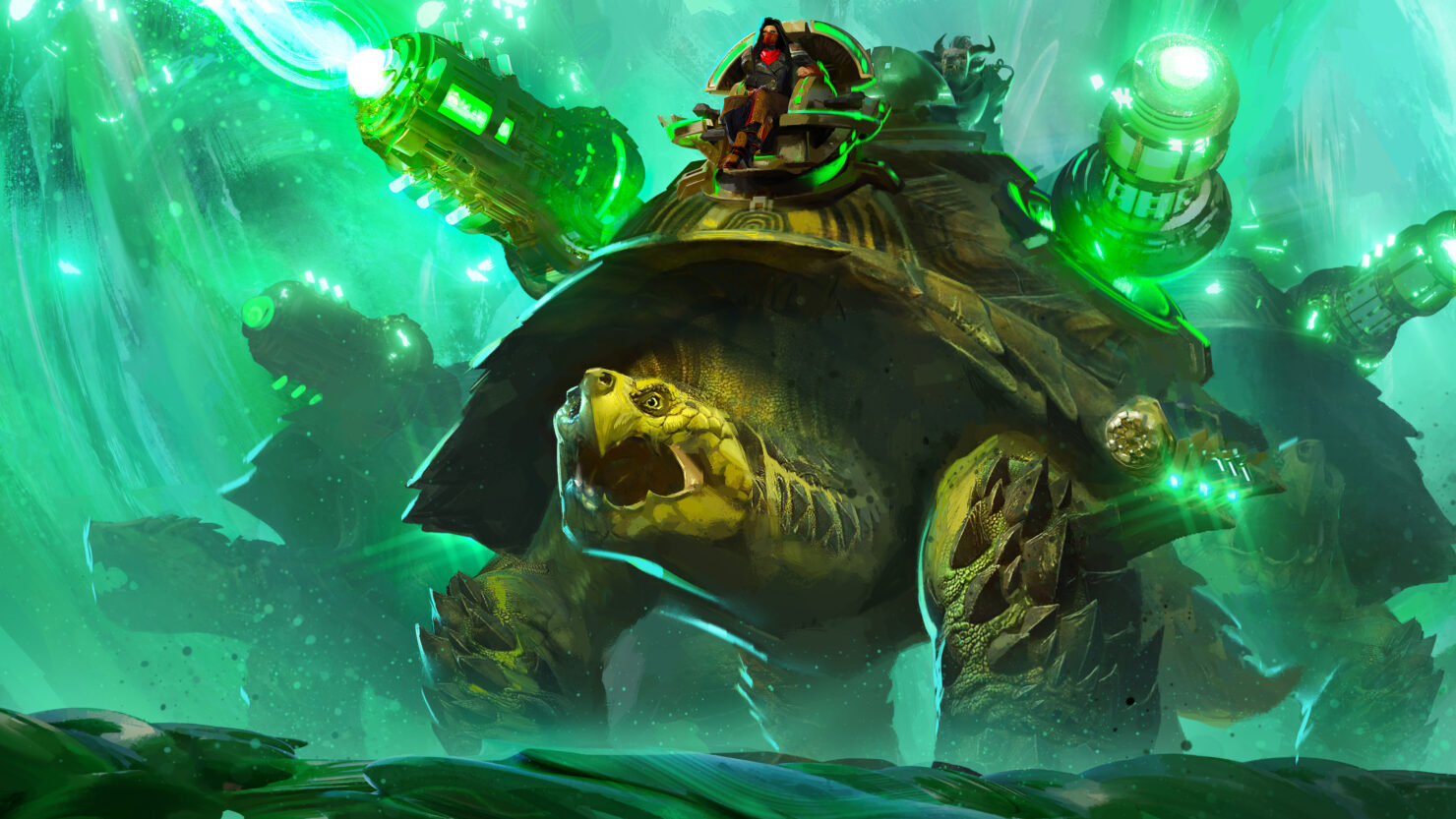 Guild Wars 2: End of Dragons is about to reach its final Beta stage and it'll kick off tomorrow, November 30. The beta for End of Dragons will run from November 30 and will end on December 3, giving players the chance to play with all nine of the expansion’s elite specializations together. They will additionally get to try the siege turtle, End of Dragons’ lumbering co-op combat mount, for the first time.

A new trailer showcasing the specializations that will be available has been released by ArenaNet and can be seen below. Each new elite specialization provides a new twist on the core Guild Wars 2 professions, opening up new gameplay possibilities while exploring new avenues of player expression via new skills and abilities.

The Siege Turtle is a massive creature that features jump jets that allow it to lift its immense mass to incredible heights. While one player is able to pilot this turtle, a second player can hop into the gunner seat and fire off a volley from the turtle’s intimidating jade tech cannons. Deploying its airborne slam to cause damage to enemies, the driver and gunner can work together to keep the ammunition flowing and enemies throughout Tyria quaking in its rumbling path.

If you want to see the Siege Turtle in action, you can watch a trailer showcasing it below:

ArenaNet and NCSOFT will continue to reveal more about the expansion on their Twitch and YouTube channels via a series of live streams, with many more surprises in store in the first months of 2022.  Guild Wars 2: End of Dragons is slated to be released in February 2022.

In other news, SEGA and developer Relic Entertainment announced a free Pre-Alpha test for its upcoming game Company of Heroes 3. The Pre-Alpha is due to begin tomorrow through Steam starting at 9 AM PT / 5 PM GMT. However, pre-downloading for the game is currently available.

Guild Wars 2: Path of Fire Review – Back to the Desert