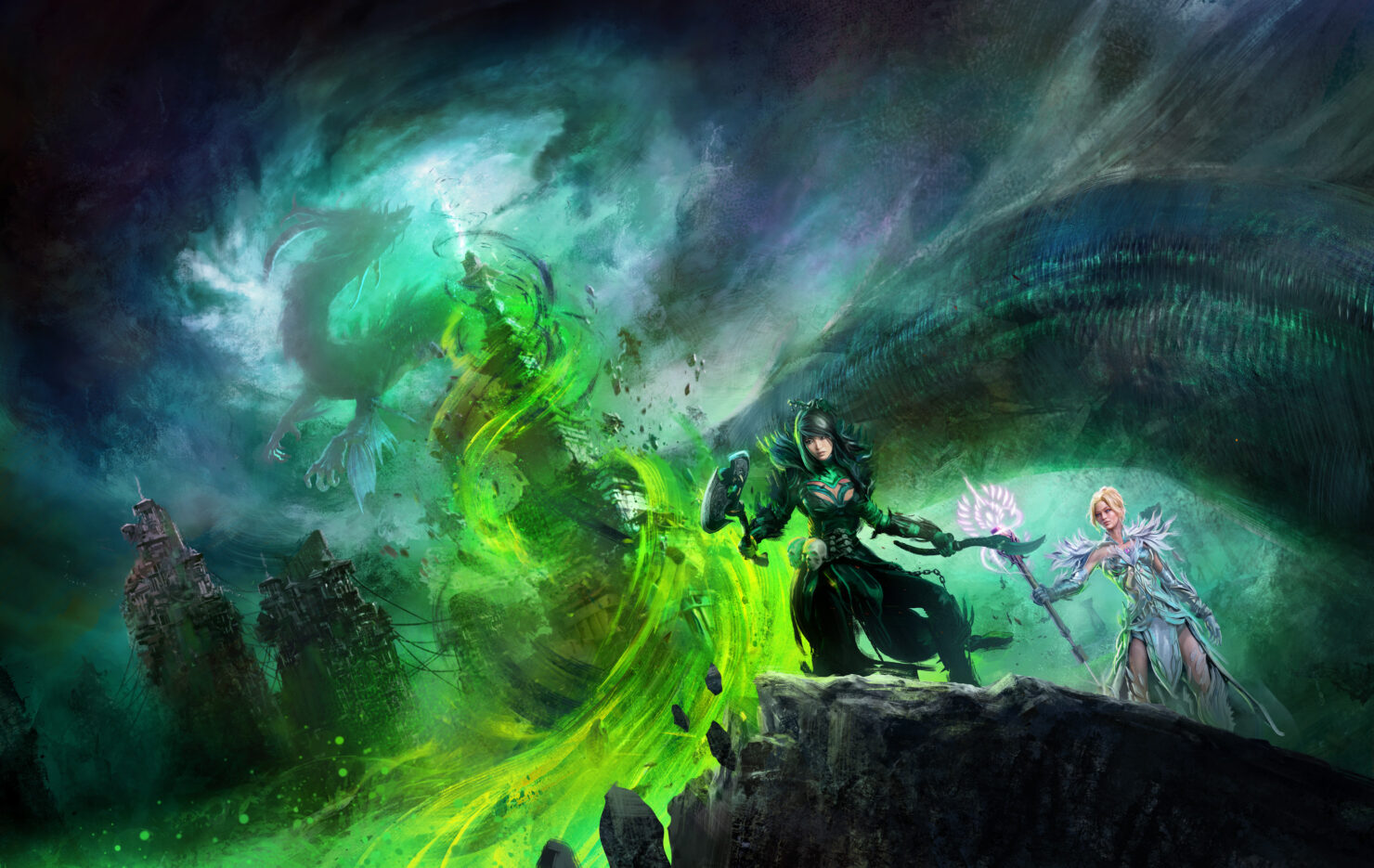 Today, ArenaNet pulled the lid on its highly anticipated Guild Wars 2: End of Dragons expansion. First and foremost, the release window has been nailed down to February 2022; pre-purchase options are available starting today at $29.99, with the following bonus items for all pre-orders: a Flame Serpent Weapon Chest, a Shing Jea Mosaic Cape, a special Prodigy of Shing Jea character Title, a shared inventory slot, and a level 80 character boost. The Deluxe Edition ($54.99) also comes with a Shing Jea Dragon Boat Skiff skin, a Canthan Raptor mount skin, an additional character slot, and an Identity Repair Kit. The Ultimate Edition ($79.99) adds 4,000 gems on top of all of that.

Furthermore, to commemorate the event, there's also a special edition premium statue of the Elder Dragon Aurene, the player character’s stalwart in-game companion. Sized at 8-by-10 inches, this translucent crystalline sculpt of Aurene in her regal Eye of the North pose will be available for pre-order from the Guild Wars 2 website between July 27 and August 20 for $120 plus tax and shipping. She will also come with a digital redemption for a unique in-game character cape with her logo emblazoned upon it. 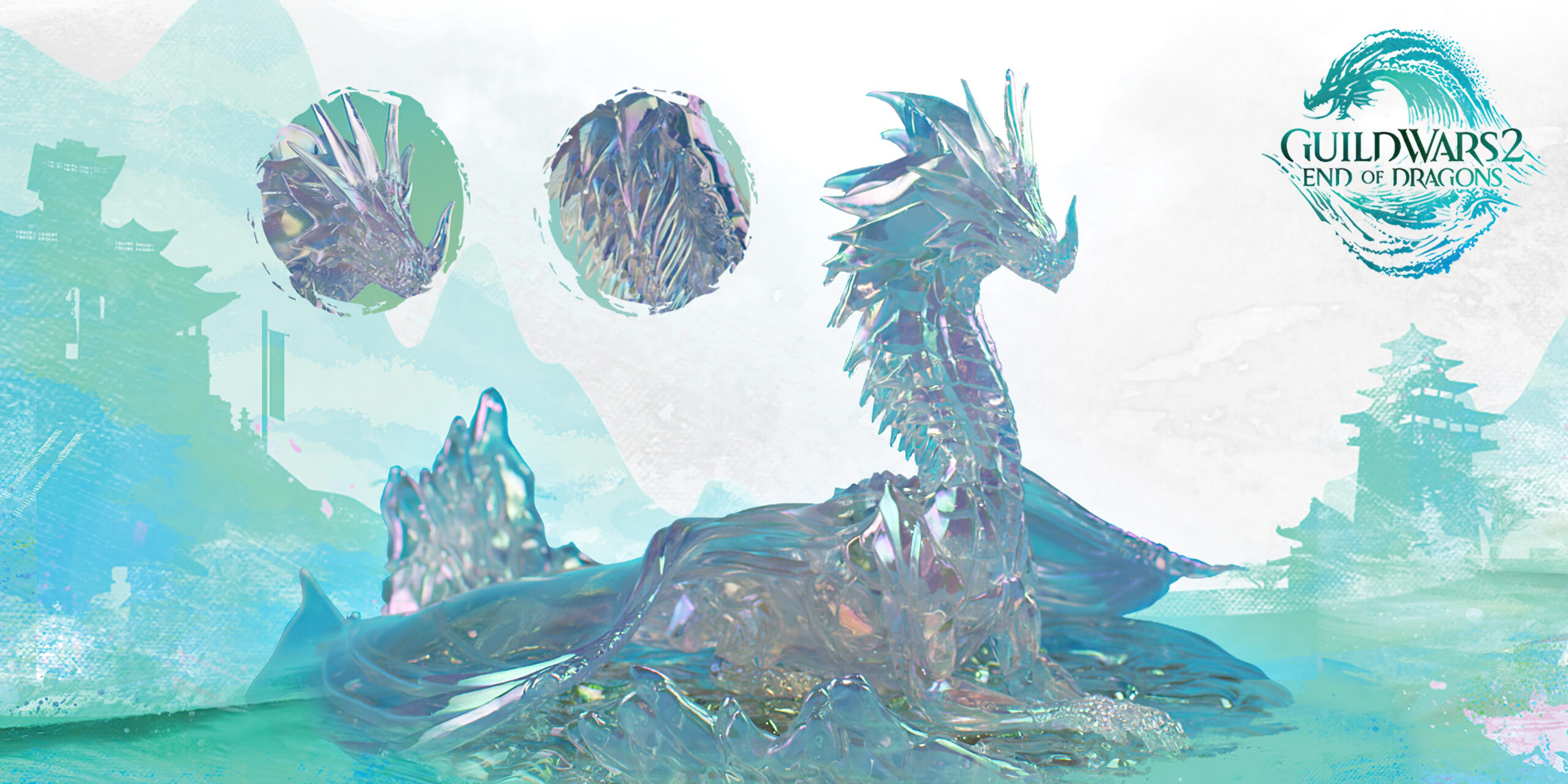 The press release also shared detailed information on the story and gameplay features that will be added in this expansion, such as fishing.

End of Dragons will feature an all-new story set in the mysterious island realm of Cantha, a multi-ethnic land of magic that is home to the oldest nation of humans in all of Tyria. First seen in 2006’s Guild Wars Factions, this lush region dotted by islands and exotic architecture has been closed off and isolated from the rest of the world for over 200 years in the aftermath of The Jade Wind, a magical curse that petrified everything it touched and devastated the southeastern coastal regions. Canthan innovators have long sought practical applications for the material now known as “dragonjade,” achieving solutions undreamed of elsewhere in the world thanks to this vast store of magical energy. But the dragon cycle that has sustained and blighted Tyria for ages is collapsing...

A roster of new voice talent, including Erika Ishii, Noshir Dalal, Ry Chase, Rina Hoshino, Tina Huang, and Sarah Sokolovic will serve as guides, allies, and foils on a new adventure that promises to reveal some of the Guild Wars franchise’s oldest canonical secrets.

End of Dragons will introduce a wealth of new features, activities, and storylines to the game, including the triumphant debut of the game’s first multiplayer mount, the Siege Turtle. Capable of hosting two riders, this walking war machine will bring co-op gameplay to Guild Wars 2’s renowned and acclaimed selection of game-changing mounted beasts.

New personal watercraft called Skiffs will serve as a mobile ferry for friends and guildmates, and for the first time fishing arrives in Guild Wars 2, providing a new way to interact with the fauna of Tyria, be it catching up some dinner or taking part in tournament events for new anglers.

On top of a new set of Masteries, a new suite of third generation Legendary Weapons inspired by the iconic Elder Dragon Aurene will be available for players to seek out at launch, offering the ultimate heroic character reward, while new Strike Missions provide challenging encounters to tackle with a squad of 10 players. For the first time, challenge modes for each of the new Strikes will be enabled shortly after End of Dragons launches, which will put even the most battle-hardened groups to the test.