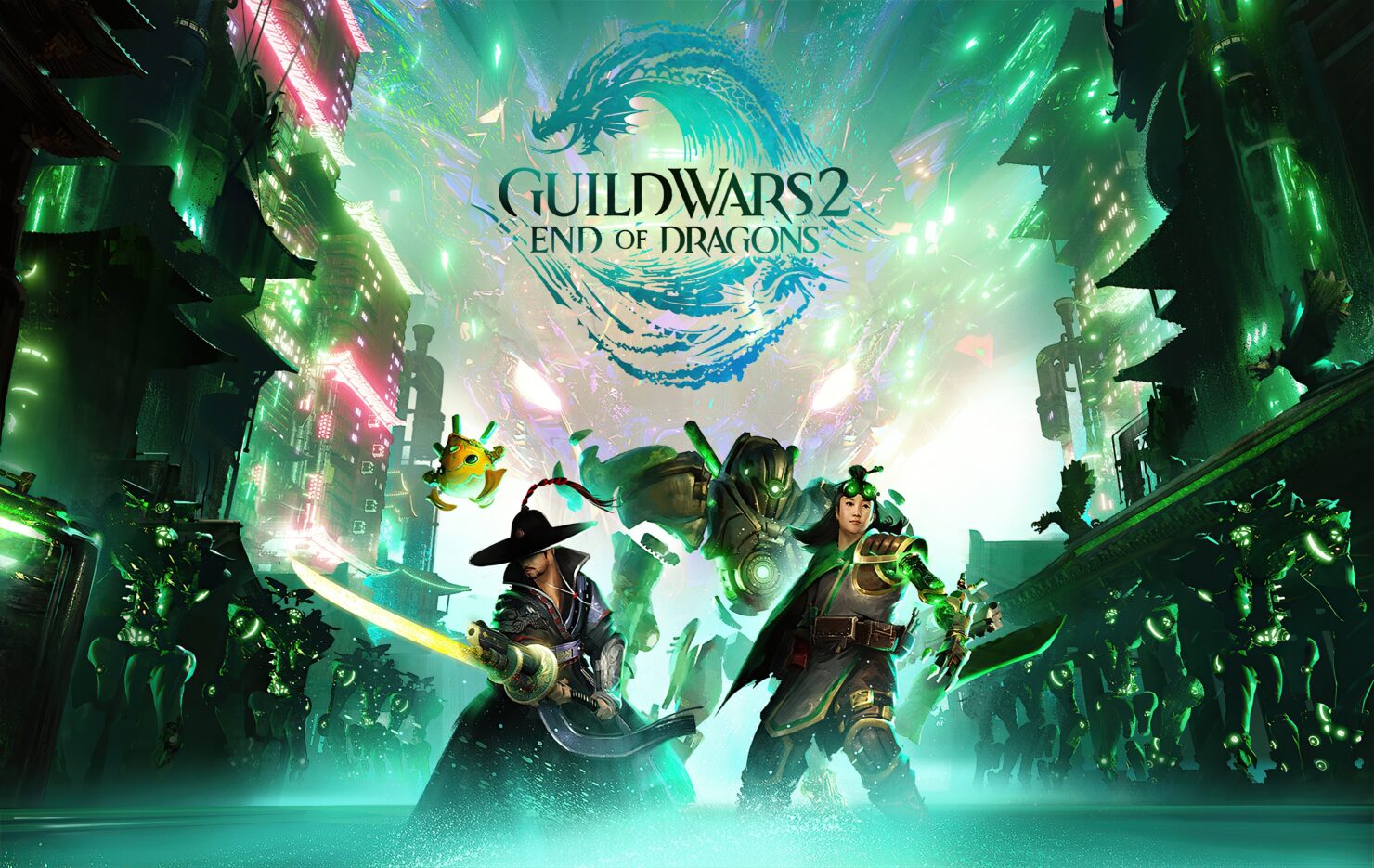 With the imminent release of Guild Wars 2 End of Dragons, we have partnered with ArenaNet to set up two themed giveaways.

The first is a physical gift package, limited to US residents due to shipping requirements set by ArenaNet. Its total value is estimated at around $450.

Guild Wars 2 End of Dragons Gift Package Giveaway [US Only]

It has an estimated value of $100 each and there are no regional limitations.

Both giveaways will stay live for a week, after which we'll close them and randomly select the winners. As a reminder, Guild Wars 2 End of Dragons launches this Monday.

THE CYCLE IS REBORN

Guild Wars 2 End of Dragons is the third expansion for the award-winning and critically acclaimed MMORPG Guild Wars 2. The dragon cycle that has sustained and blighted Tyria for ages is collapsing. Mortal hearts and choices will define this moment in history—and echo in the future forever.

Over two centuries ago, the Empire of the Dragon severed all bonds with central Tyria and Elona. Cantha has its own history of turmoil and triumph, reflected in ancient landmarks, enduring artistry, and modern life.

Canthan scholars, adventurers, and soldiers have developed unique disciplines for each of the nine professions. Some traditions were refined over centuries, and others are adapted to recent technology and a changing world. Combat specialists from Cantha and abroad will find prime opportunities to swap tales and share knowledge.

Your personal skiff is your home away from home on the waves. Explore, relax, and ferry your whole party! Drop anchor to fish, walk around, and more.

Tyria is home to over two hundred unique species of fish, and they can’t escape you anymore. Take your skiff and rod or kick back on shore to reel in ingredients for delicious local cuisine. Your next big catch could be the key to victory in fishing events.

THE SCIENCE OF DRAGON MAGIC

The Jade Wind petrified everything it touched, devastating the southeastern coastal regions. A stone sea holds no food—but it’s absorbed centuries of magic. Canthan innovators have long sought practical applications for the material now known as “dragonjade,” achieving solutions undreamed of elsewhere in the world. New innovations are on the horizon…