In the midst of excitement of all the news and hype surrounding the announcement of the world's fastest GTX, the GTX Titan Z, overclockers at the event Bench of Peace have managed to set new records in performance for the previous Nvidia GeForce GTX 780Ti overclocking it to an astounding 1920mhz on the core clock.. Overclocking enthusiast Dancop from Germany and Xtreme Addict from Poland managed to overclock the card to 1920/7600 MHz on HWBOT. 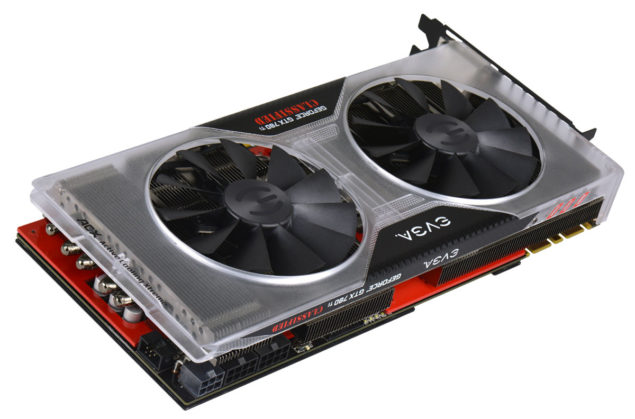 The 780 Ti K|NGP|N Edition puts its parent card to shame.

As we discussed before, the K|NG P|n Edition has been designed especially for enthusiasts by Evga. The PCB of the card has a powerful 14+3 VRM with an 8+8+6 pin power configuration. This, coupled with an Evga connector and the heatsink with aluminum blocks interconnected with 6 heat pipes, the card truly has unlimited potential for enthusiasts. It is this potential that Dancop unleashed, setting new records on 3DMark Fire Strike Extreme with achieving speeds of 1920/7600 MHz on the card and 6024 MHz on the Core i7-4930K.

Dancop also managed to update the records for the Ge Force 780 Ti running on the Quad SLI configuration in the 3D Mark Fire Strike Extreme. The frequencies reached by the Evga series were 1600/7400 MHz. The result in 3D Mark Fire Strike Extreme was 22,767 points. The last time such a high score was achieved was by quad GTX Titan's overclocked on cold. Ofcourse when talking about Quad-SLI configurations the Processor is usually the bottleneck and in this case the bottleneck was more or less removed by using an i7-4930k overclocked to a staggering 6Ghz on Cold (Liquid Nitrogen). Ofcourse with the new techs unveiled at GTX today, the Overclocking scene might be in for a big change. 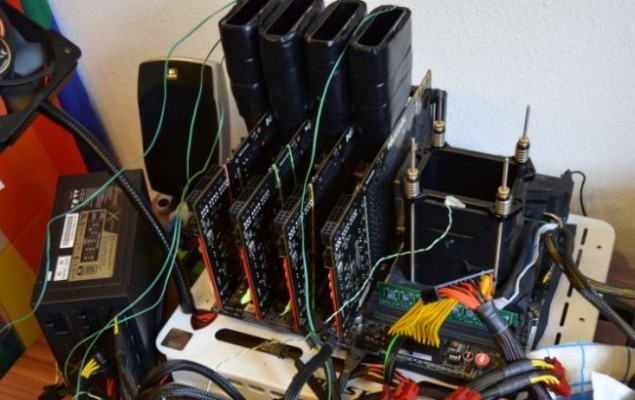