EVGA has unveiled and unleashed their fastest single GPU creation which they have ever built in the form of the GeForce GTX 780 Ti Classified K|NGP|N edition graphics card. Ever wondered for a card that features a high-end GPU core, ubersome clock speeds, a sexy cooler and high-end overclocking features? The EVGA Classified has got all of those!

The EVGA GeForce GTX 780 Ti Classified K|NGP|N has gained some attention from enthusiasts since the day it was teased but today’s news shows how capable NVIDIA’s flagship chip could be in the overclocking department. EVGA’s in-house and world’s renowned overclocker KingPin was already able to shatter the previous GPU world record with a single GeForce GTX 780 Ti Classified KingPin edition graphic card so you can wonder what kind of power they would deliver when SLI'd.

The clock speeds haven't been detailed yet but we will update you soon as we get new information. For the while, you would be happy to know that the card has already shattered the previous GPU world record with some LN2 and a voltage beyond 1.5V with no additional modding, the EVGA GeForce GTX 780 Ti Classified was able to break past the previous world record of a single GeForce GTX Titan scoring an impressive 8439 3D Marks in FireStrike benchmark. The clocks were set at an impressive 1933 MHz core and 7.8 GHz effective clock for the memory which is just shy of 2 GHz on the core. The card was pumping an impressive bandwidth of 374.4 GB/s when overclocked.

The PCB features extremely powerful 14+3 phase VRM design powered with an 8+8+6 Pin power configuration and placed with several V-Check Points for enthusiasts. So that’s some massive amount of power being fed to the board. Aside from that, we are also looking at an EVBOT connector that allows overclockers and enthusiasts to overclock and tune their cards as they seem fit.

Press Release - The ultimate GeForce GTX 780 Ti has arrived. Introducing the EVGA GeForce GTX 780 Ti Classified K|NGP|N Edition. This card is the final answer in the search for the greatest overclocking graphics card on the planet.

This card does not hold back, with up to 450W of dedicated GPU power, enhanced PLL circuitry, improved GPU power plane, 10CM fans, included backplate, preinstalled dedicated PWM baseplate, voltage regulation enhancements and more. As you can see, there is a reason why this card is named after the world’s Top Overclocker.

Extreme overclockers Vince “K|NGP|N” Lucido and Tsemenko “TiN” Illya demand the best when it comes to performance and overclocking, so they set out to co-design this product along with EVGA, and geared it for the ultimate overclocker.

“In order to break world records these days you need some serious hardware,” said Vince “K|NGP|N” Lucido. “This card was engineered to serve one purpose… be the world’s best overclocking graphics card. Expect GPU clockspeeds at over 1.85GHz with extreme cooling.”

“With the EVGA GeForce GTX 780 Ti Classified K|NGP|N Edition graphics card, we focused on the basic demands that are needed when doing extreme overclocking,” said Illya “TiN” Tsemenko. “Capable hardware design and heavy power delivery capacity is key for performance dominance and the ultimate gaming experience. So too is a unique power convertor able to provide over 450W of clean voltage for every kind of overclocking!” 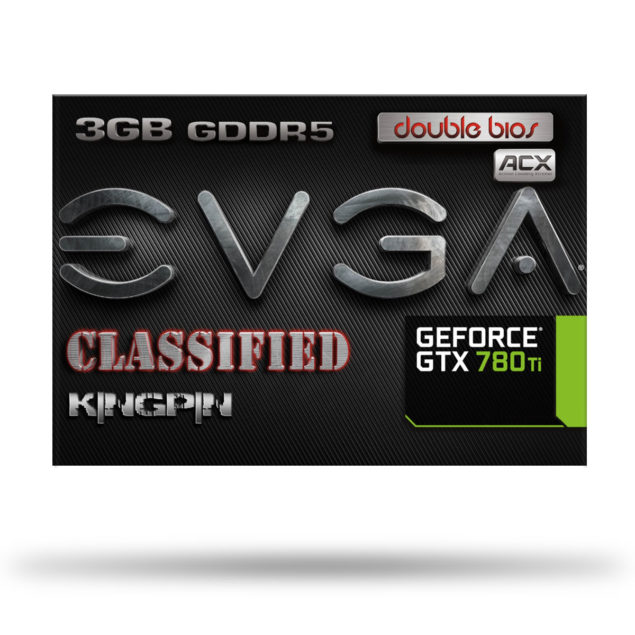 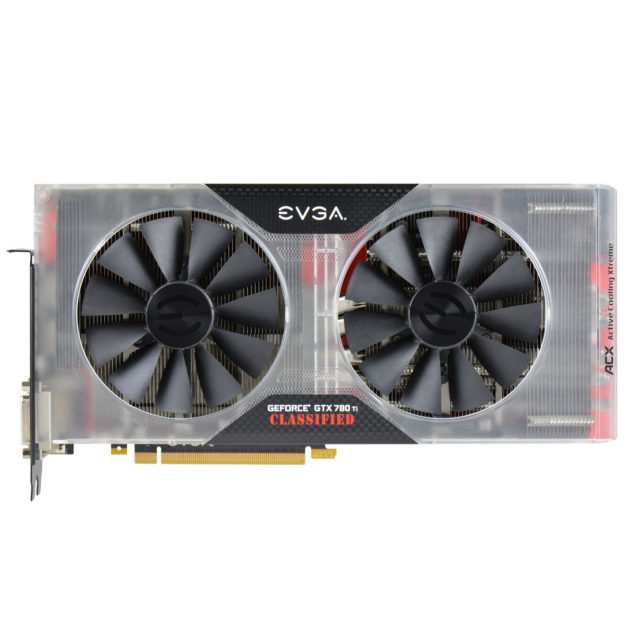 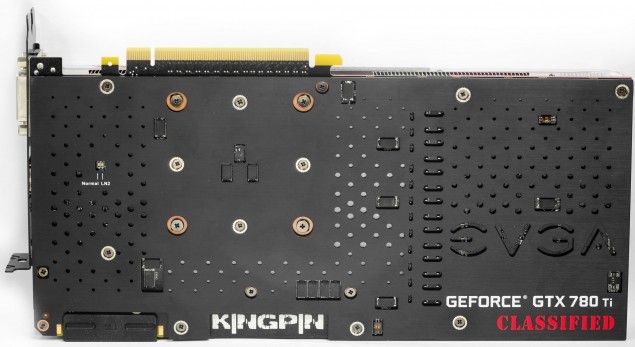 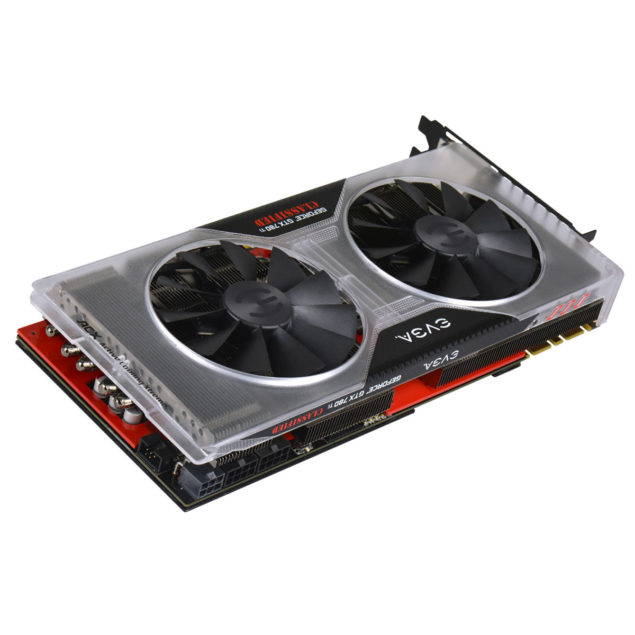 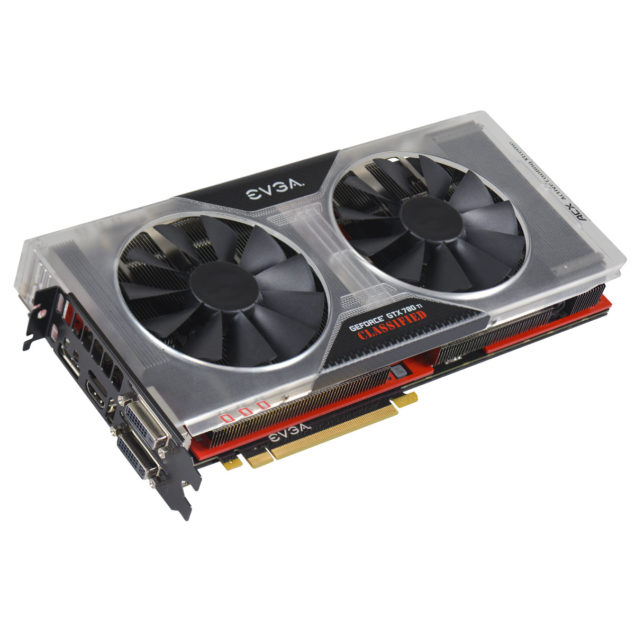