Just recently a video came to light which was purported to be actual "GTA V PC" footage filmed by a gamer, complete with ingame menus and all. While the gaming world was taking its usual ''its fake'' shots at the video, Take Two Interactive took the down the video via a copyright claim. However that was just the beginning () since Take Two Interactive proceeded to unleash a flurry of copyright takedowns. 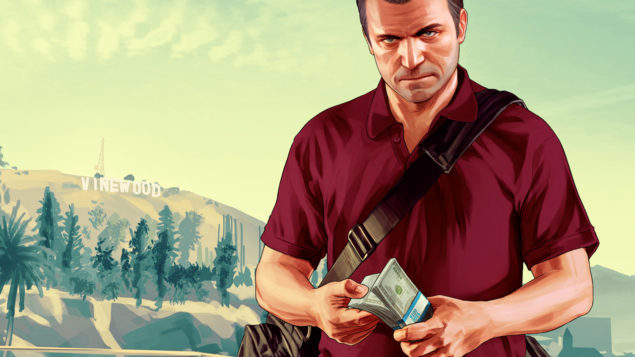 Soon after the initial "GTA V PC" video was posted, two things happened at once. A savvy redditor declared the video as a fake and posted the link to a legit video from which it was supposed to have been doctored. At the same time, the legal side of Take Two Interactive which has been staying silent for quite some time now (even during the entire Paradise and countdown fiasco) suddenly sprung into action. The Alleged video was hit within a matter of hours and taken down immediately.

Then the legal team from Take Two continued forward blazing a path of copyright-take- down videos in its wake. Their choice was seemingly arbitrary, infact even the completely un-infringing video posted by the Redditor was taken down due to unknown reasons. Nearly all of the re uploaded videos of the "GTA V PC" Alleged Video were taken down as well (heres one that is still up, to my knowledge). And though taking down fake "GTA V PC" videos makes sense, the random nature of the take downs suggest something else.

Here is what you will see on the videos caught in the aftermath of the alleged "GTA V PC" video:

I don't know about you but i find it suspicious that a supposedly 'fake' video provoked such an aggressive response from the PR team over at Take Two.  Anyway as is customary with our "GTA V PC" posts the total rumor tally so far: