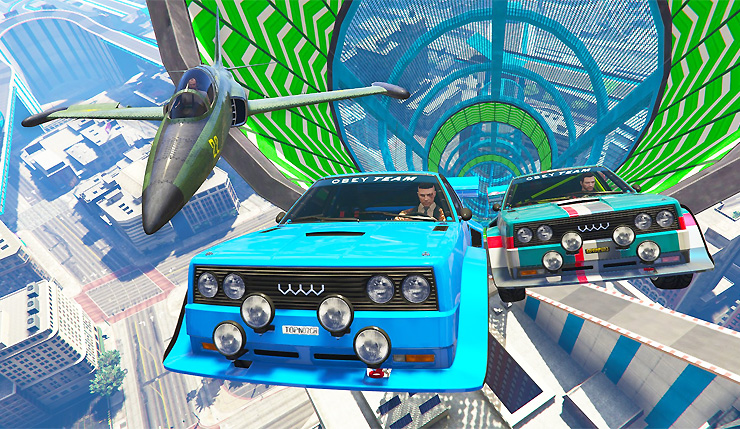 Grand Theft Auto Online marks its fourth birthday this month, and Rockstar is celebrating by announcing a whole slew of new goodies, set to arrive soon. This content includes new Transform Races, Adversary modes, and even a very-thinly-veiled Batmobile! 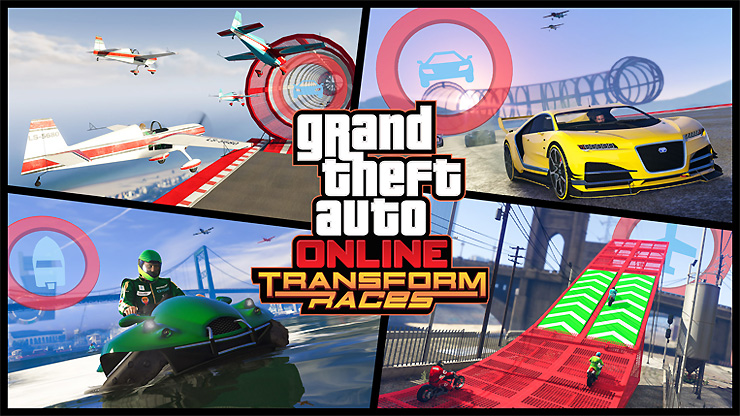 Transform Races takes GTA Online’s stunt racing to the next level, by allowing you to jump from land, to sea, to air within a single race. Here’s Rockstar’s full rundown:

“Instantly mix vehicle and race types as you switch between land, sea and air in Transform Races, the next evolution of stunt racing in GTA Online. Transform Races are new and unique stunt tracks that seamlessly transition across land, sea and air, running the gamut of vehicle types - everything from Supers and Off-Roads, to Boats, Planes, and Helicopters - and even skydiving thrown in for good measure.”

“Condemned is a free-for-all with one player on the clock as a dead man walking, where your only chance at survival is passing this death sentence on to an opponent. Meanwhile Dogfight lets you live out your fighter pilot fantasies and send the opposition spiraling to their doom.” 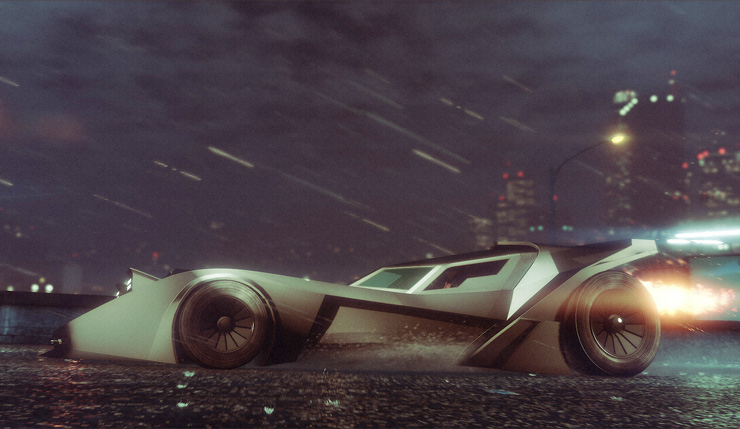 Plenty of new vehicles are also on the way, including the Hunter attack chopper, Coil Cyclone supercar, and Vigilante Batmobile stand-in. I know which one I’ll be trying out first!

Transform Races will launch later this month, while the new Adversary modes and other goodies will come sometime “this fall.” Of course, fall technically extends until December 21, but you can probably expect most of this content to arrive before the last leaves drop in late October or November. Rockstar promises even more stuff, including new Weaponized Vehicles, will arrive “later this year.”

Who out there’s still playing GTA Online? Excited for the Transform Races and other additions? Discuss the upcoming content, below.