GTA Online Gets Snowfall in San Andreas, Festive Events and Lots of Gifts 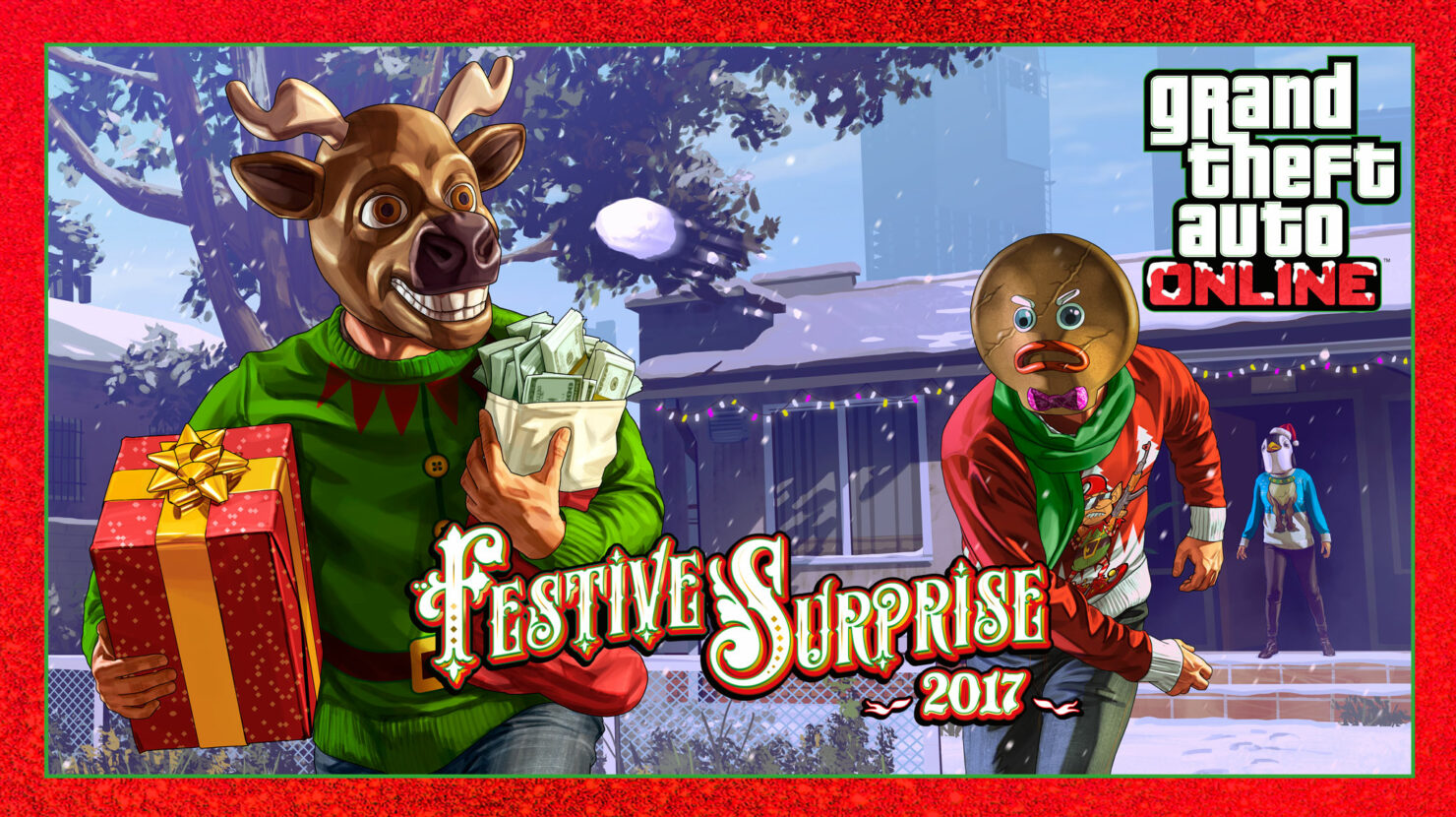 With the Holiday season approaching fast, several games are being updated appropriately. GTA Online's Southern San Andreas area, for example, is now coated in a snowstorm that will last "the next few days"; players can get in the mood and pick up snowballs by simply hitting the D-pad's left button (or G on the keyboard if you're on PC) to start the ever-popular pastime of throwing snowballs to everyone passing by.

Rockstar also announced that by logging into GTA Online during the Holiday week you'll get plenty of gifts, starting with five free liveries for the new Benefactor Streiter (see below) car available today, a "celebratory Christmas Eve present" and a free Albany Hermes Muscle Car for logging in on Monday December 25th (Christmas day).

Moreover, there's a ton more of traditional content being added to the game starting with two new cars, a new mode and even a Snapmatic contest. Check it all out below. 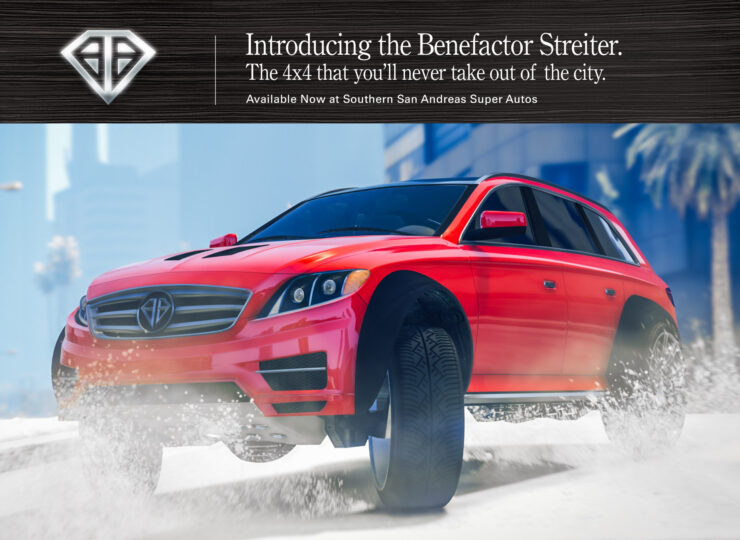 In a world of compromise, the Benefactor Streiter sends a clear message - that despite what your lawyer says, you don't always have to settle. A perfect combination of sleek aesthetics and raw 4x4 power, the Streiter is an all-purpose Sports class vehicle that takes city and country life in its mile-eating stride with ease. Pick yours up at Southern San Andreas Super Autos today. 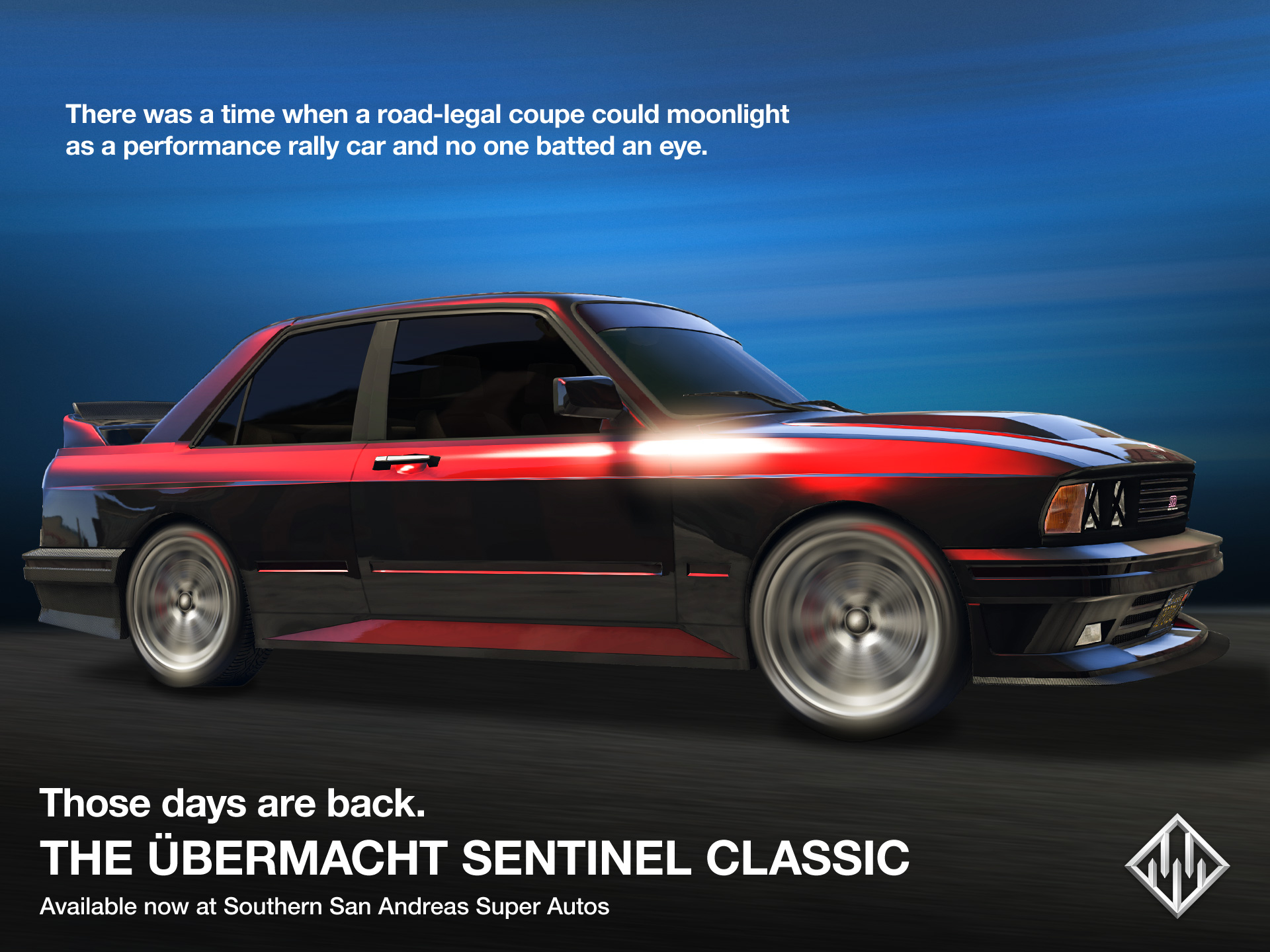 Remember when a road legal coupe could moonlight as a performance rally car and no one batted an eye? Back before power windows and satellite radio, when it was just you, the car and the road. The Ubermacht Sentinel Classic is the no-nonsense, lightweight bucket of speed you've been dreaming about and it's here to rocket your ass back to the glory days. Pick up yours today, exclusively from Southern San Andreas Super Autos. 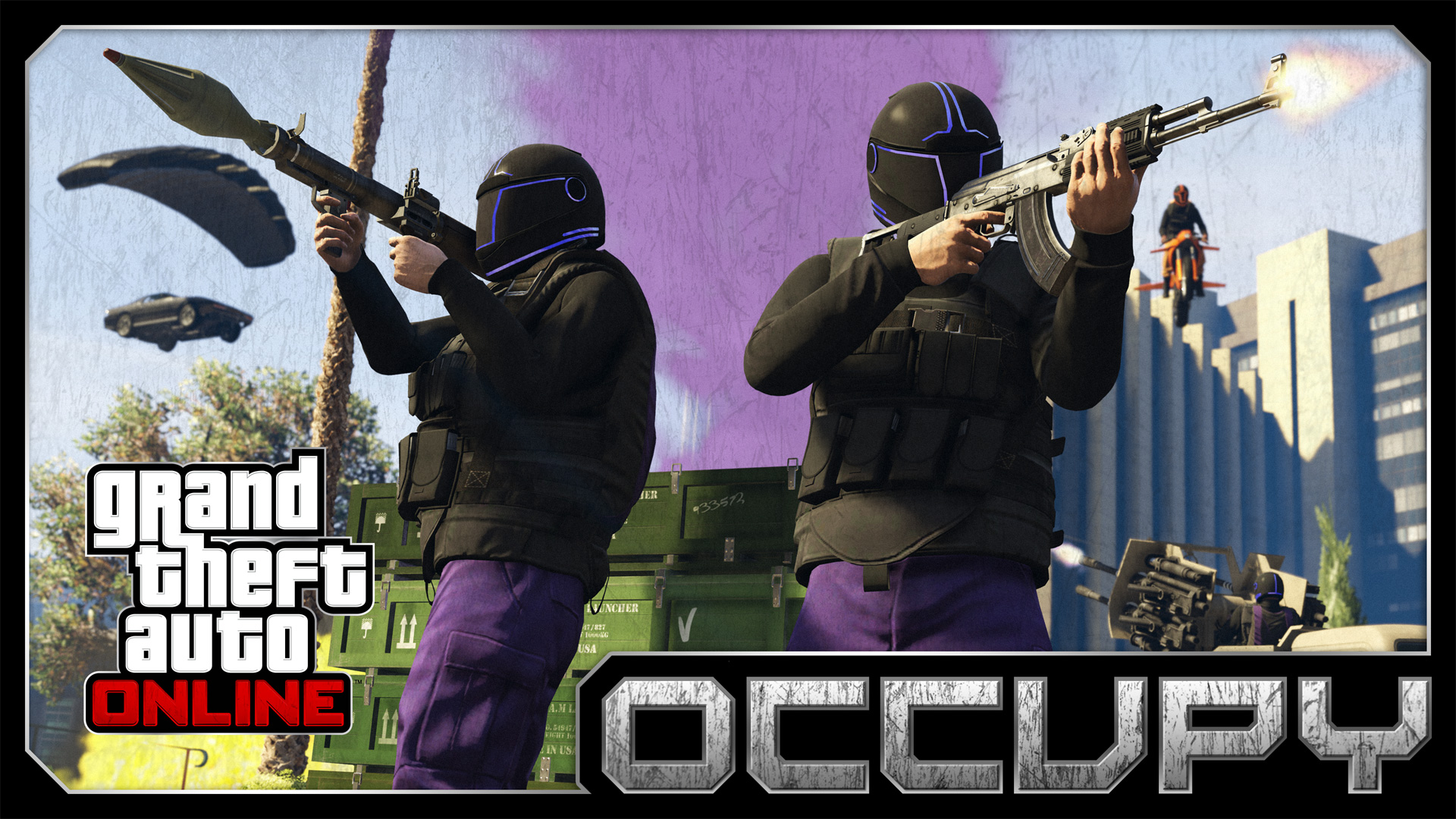 Land is the most valuable asset of them all and you can't afford to let any wannabe invaders encroach upon yours. Occupy is the latest addition to GTA Online, where victory is obtained by securing and holding capture zones across the map and fending off the circling vultures on the other team. It's also pretty important to know what you're doing with a flying attack bike, but don't get distracted; whichever team holds more zones will gain points faster and the first team to hit the target score wins the round. Time to see who really runs this town. Jump into Occupy now and earn Double GTA$ & RP through January 8th.

Snow may be in the forecast but that doesn't mean you can't make it rain. Luckily for you, we're discounting a suite of business properties and vehicles to make sure you get the most bang for your buck.

Push the throttle to the max to earn big payouts in this week's scheduled Premium Race and Time Trial events.

Launch Premium Races through the Quick Job App on your GTA Online in-game phone or via the yellow corona at Legion Square. The top three finishers will earn GTA$ and you'll get Triple RP regardless of where you place. To take a shot at the Time Trial, set a waypoint to the marker on your in-game map and enter via the purple corona. Beat par time and you'll be duly rewarded with GTA$ & RP payouts.

If you set fire to Del Perro Pier dressed in a Gingerbread Bodysuit while your pal launched fireworks into your nether regions but it wasn't captured on camera, did it really happen? Cash in on your raucous holiday antics by entering the #FESTIVESURPRISE2017Snapmatic Contest. Tag your pics with #FESTIVESURPRISE2017 on Social Club to be eligible for one of five GTA$1,000,000 rewards. Valid submissions must be uploaded and tagged on Social Club any time between today and 11:59 PM ET on Monday, January 1st. Winners of both this #FESTIVESURPRISE2017 contest and the recent #DOOMSDAY Snapmatic contest will be announced together in the New Year.