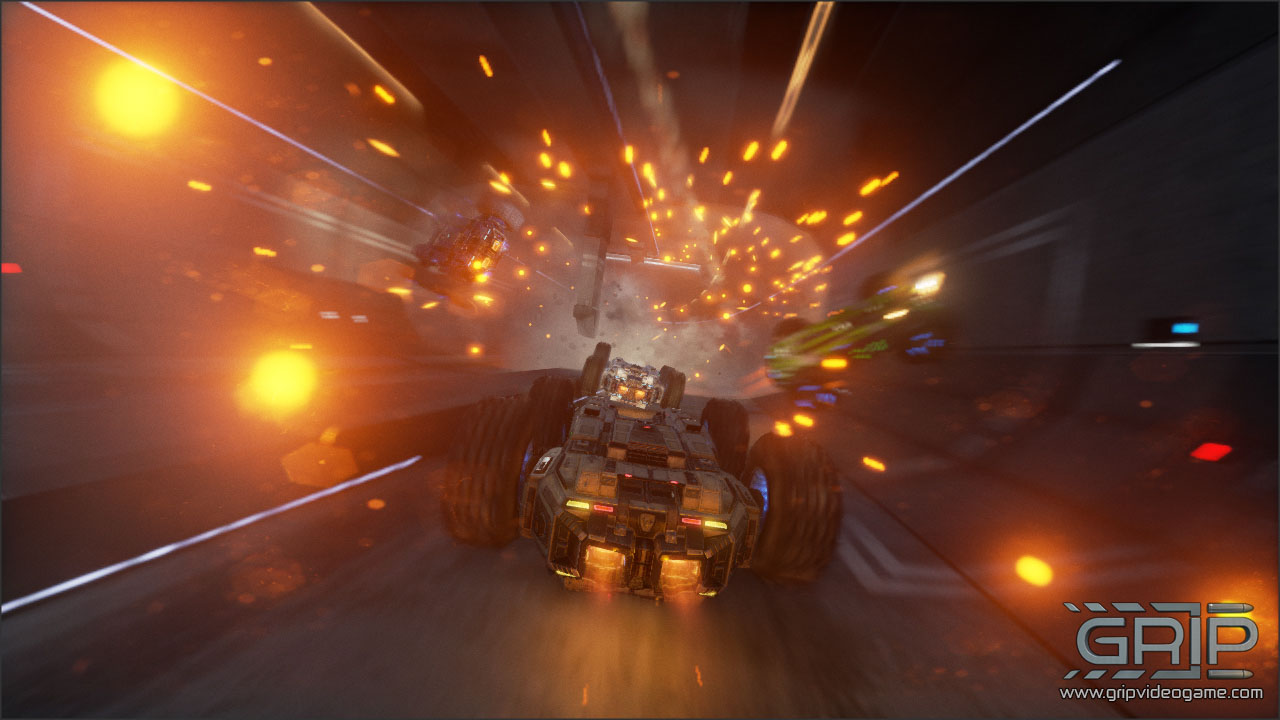 Developer Caged Element and publisher WIred Production announced that GRIP, the spiritual successor of Rollcage, will be available this Autumn on PC and consoles (PlayStation 4, Xbox One, and Nintendo Switch).

It’s a dream come true to once again find myself working on another great racing project. There are so many elements to GRIP that take me back, and I love the true racing experience that Rollcage, and now GRIP, both deliver. GRIP is truly poised to be the spiritual successor to the Rollcage games of the late 90s that so many people loved playing.

During the game's Kickstarter campaign in 2015, we interviewed producer David Perryman. It's nice to see GRIP finally speeding towards the finish line. If you truly can't wait to play this combat racer, the Steam Early Access version is already available on PC.

Taking full advantage of the current generation of gaming hardware, GRIP accelerates ahead of the racing crowd by offering players speeds of over 767 mph - making it the fastest racing game on four wheels, across roads, ceilings and anything else players can land their tyres on to. The game will benefit from the enhanced power behind the PlayStation 4 Pro and Xbox One X, delivering eye-pleasing visuals with spectacular in-game physics and harnessing the potential that comes from building with Unreal Engine 4.

GRIP will see racers speeding their way around 19 breathtaking tracks across a variety of hostile and foreign worlds. Remaining focused on the task at hand, players must be merciless in their quest to cross the finish line; deploying an arsenal of 11 devastating weapons and power-ups to give them the advantage to take the lead against fierce competitors. From explosive darts, mines, and missiles to shields and turbos; these weapons will allow players to not only target other cars, but the environment surrounding them - blasting their way through structures or collapsing them unexpectedly onto unsuspecting opponents.

Racers can pick from a roster of 15 armoured cars - some swift and agile, while others are brutish and heavily armoured. Modifying further to suit their style, players can also customize each vehicle with an array of varied paint jobs, decals, wheels and other details. More information about the game’s cars, tracks, weapons and other modes - including Carkour and Arena - will be detailed by Wired Productions later this year.