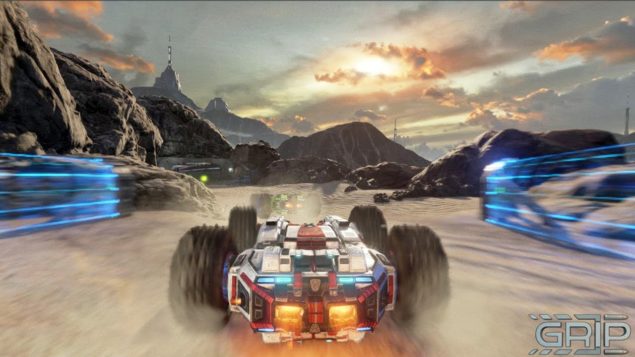 Yesterday, we teased you with some tidbits from our interview with Caged Element, the small indie studio behind GRIP. The Rollcage-inspired combat racer made with Unreal Engine 4 is seeking development funds on Kickstarter and we took the opportunity to chat with Producer/Designer David Perryman to bring you fresh and exclusive information on GRIP. Enjoy!