GRID Delayed to October 11th, as Announced by Codemasters 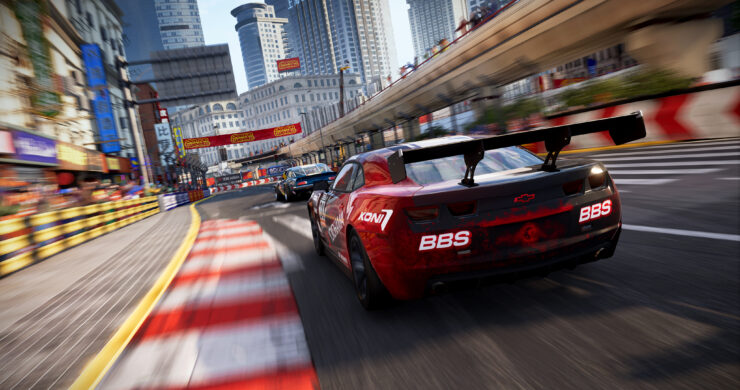 GRID, the racing game in development at Codemasters, has been delayed and will now release on October 11th for PC, PlayStation 4 and Xbox One.

The new entry in the GRID franchise was previously scheduled to hit retail and digital stores on September 13th. Codemasters provided the following explanation:

With GRID receiving multiple nominations and awards at this year’s E3 event in Los Angeles, including being named ‘Best Racing Game’ by GameInformer and DualShockers, the change has been made to give added exposure to a game we’re hugely excited about. Thank you to our community for sharing in that excitement since we revealed GRID in May, as we add a brand new chapter to this storied racing franchise.

With a little more than three months until launch, our GRID and Codemasters channels will be revealing more information and gameplay and big announcements, with more major news coming In the next couple of days.

The publisher also confirmed that buyers of the Ultimate Edition will still get three days of early access, which will begin from October 8th.

GRID is a racing experience like no other. Offering unrivalled moment-to-moment racing, GRID returns with an all-new experience where every race is the chance to choose your own path, create your own story and conquer the world of motorsport.

Take your place in the GRID World Series and fight in thrilling wheel-to-wheel battles with the most iconic and desirable race cars – current and classic, from GT through Touring and Muscle to Stock and Super Modifieds – and in some of the world’s most iconic locations.

GRID captures every moment of the race, from the adrenaline rush of lights-out to the elation at the chequered flag – and in-between, it’s all action too. Incidents come one right after the other – tight overtakes, bumper-to bumper scrapes and competitive collisions – all heightened by rivalries, team-mates and a nemesis driver who will all either try to help or hinder your progress.