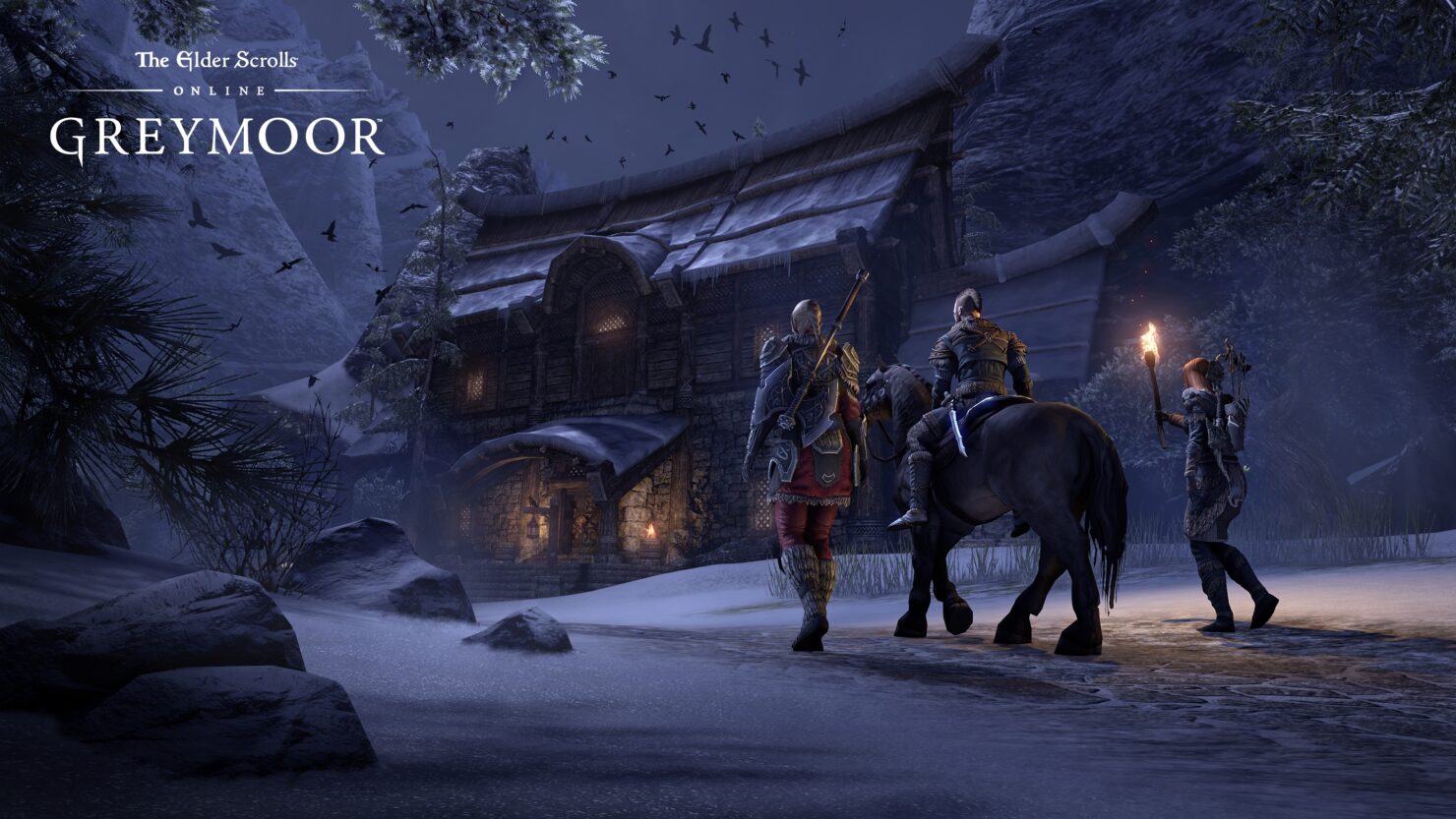 Greymoor brings adventurers of the MMORPG back to the beloved Skyrim, adding the Western part of the region to the game, including the city of Solitude and the subterranean Blackreach zone. The developers at Zenimax Online Studios are promising over thirty hours of new content between quests, new delves (six), new public dungeons (two), new world bosses (six), and the new Harrowstorm dynamic events, though that's really just the tip of the iceberg.

Greymoor adds a brand new 12-man Trial, Kyne of Aegis, challenging players at the endgame portion of Elder Scrolls Online. There's also a new side activity (with built-in mini-game) called the Antiquities system, which will send you all across Tamriel to scour for lost relics. Rewards may include house furnishings, a Dwarven Ebon Wolf mount, and most importantly the new Mythic Items which are designed to provide a major advantage and a disadvantage to your character, making them potentially very powerful but only in specific situations. For example, Malacath's Band of Brutality ring increases all damage done by the player by 25%, but prevents you from dealing critical strikes.

Lastly, Update 26 is available to all Elder Scrolls Online, even if they haven't purchased Greymoor. The main highlights of this patch see another optimization pass, the addition of Temporal Antialiasing (TAA), and the overhaul of the Vampire and Werewolf skill trees. Vampires in particular will find a completely new experience and will even have to deal with certain NPCs not wanting anything to do with a Stage 4 vampire, though the cunning players will be able to find ways around that.

You can take a look at the Greymoor launch cinematic trailer below. The expansion will reach PlayStation 4 and Xbox One consoles on June 9th.