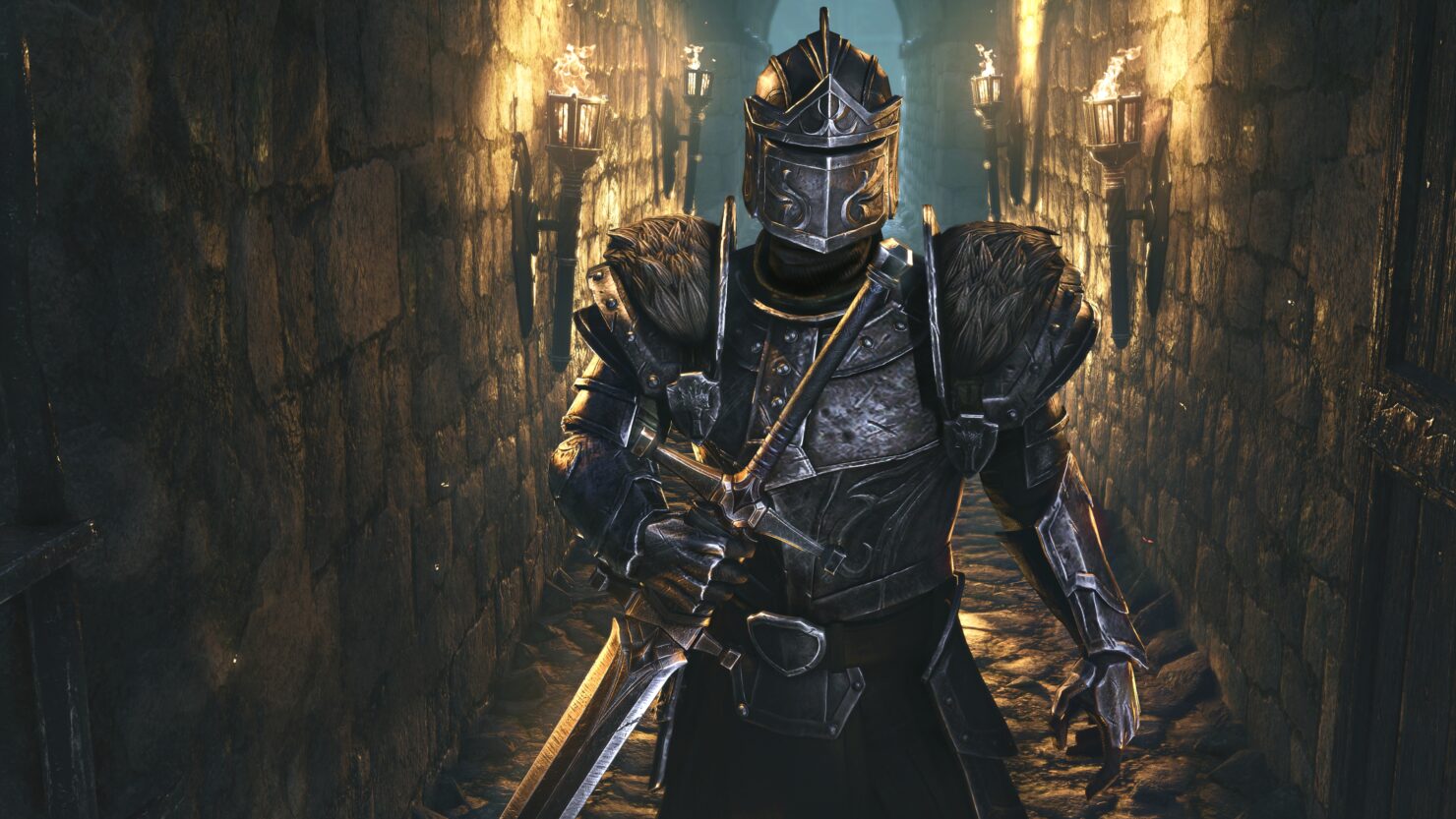 During today's official livestreamed event, Zenimax Online Studios unveiled High Isle as the next Chapter of The Elder Scrolls Online. The MMORPG, which has also recently surpassed the big 20 million players milestone between all platforms, will head to the Systres Archipelago this year, a previously unexplored region in any Elder Scrolls titles to date.

The structure of the year-long adventure (titled 'Legacy of the Bretons') remains the same. A dungeon DLC called Ascending Tide is coming up in March, the Chapter itself is due on June 6th for PC/Mac/Stadia, and June 21st for PlayStation and Xbox consoles, another dungeon DLC launches in Q3, and then the final story DLC is scheduled for Q4 2022. 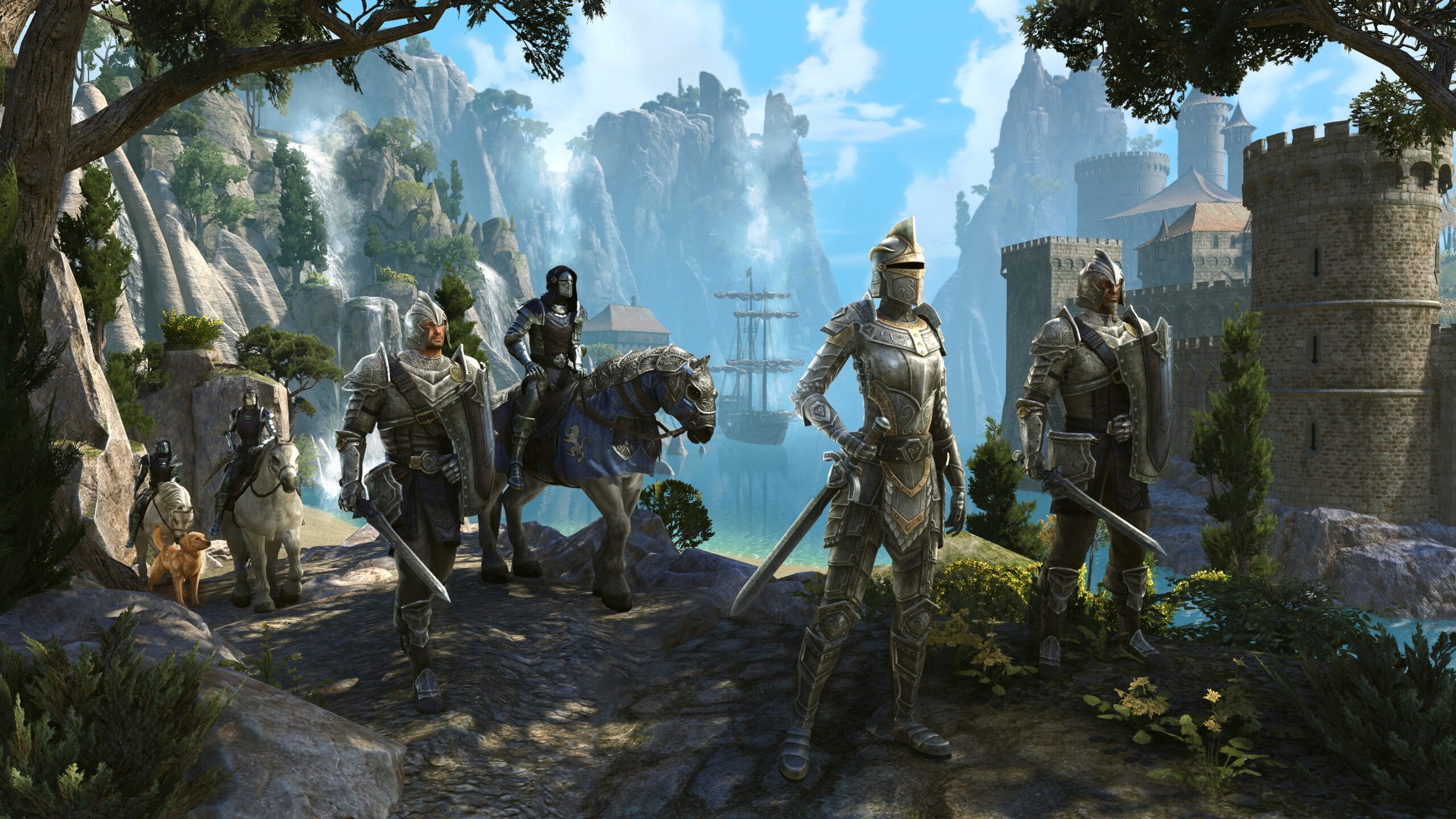 The focus, though, is completely different from last year's world-ending storyline that involved Oblivion's bad guy Mehrunes Dagon. High Isle features a return to the political intrigue that is rampant in Gonfalon Bay, home of the Bretons race, where the wealthiest go to have a vacation and conspire. Alliance delegates are secretly meeting up to find a way to end the so-called Three Banners War between the Daggerfall Covenant, the Aldmeri Dominion, and the Ebonheart Pact, but a secret society called the Ascendant Order has other ideas and will attempt to disrupt the peace talks in the most ominous ways possible. Its leader is a mysterious individual known only as the Ascendant Lord whose goal is to bring about a utopia without crowns and thrones, even if they have to kill untold innocents in the process.

A couple of fan-favorite characters will return from earlier High Rock and Elsweyr storylines, too: the scoundrel Breton Jakarn and the Khajit Za'ji, captain of The Perfect Pounce and member of the reformed Dragonguard order. Both will prove helpful in unraveling the sinister plot. 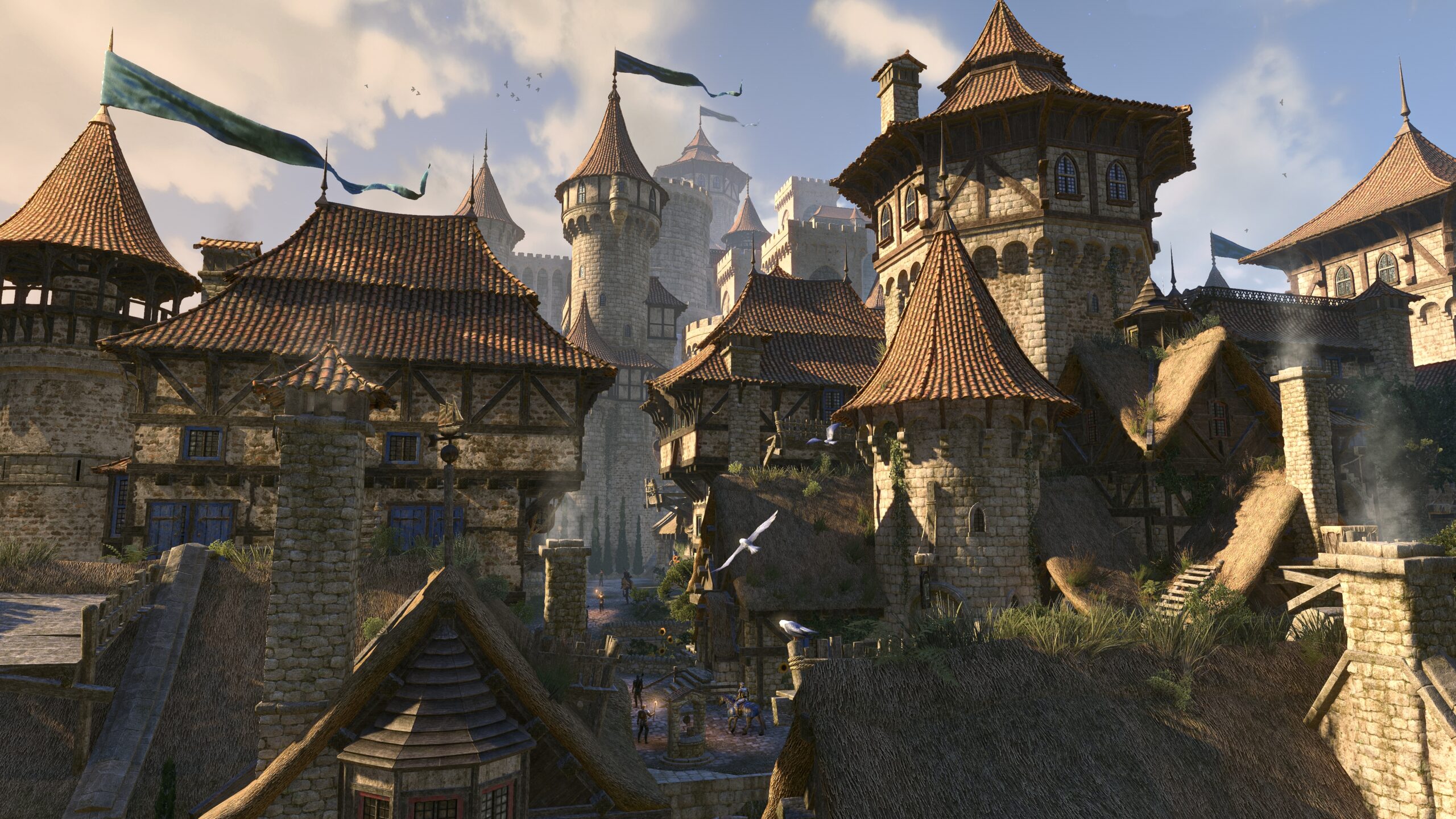 The islands set to be added with High Isle are geographically inspired by the Mediterranean, so you can expect to see gorgeous windswept shores, huge waterfalls, and seaside beaches. Architecturally, the art team leaned even more into medieval traditions, coming up with imposing castles, massive towers, and stunning palaces to populate High Isle. Of course, this is reflected in the armor and weapon designs, too. In tune with the air of festivity, players will even find tournament grounds where knights face off in jousting bouts. 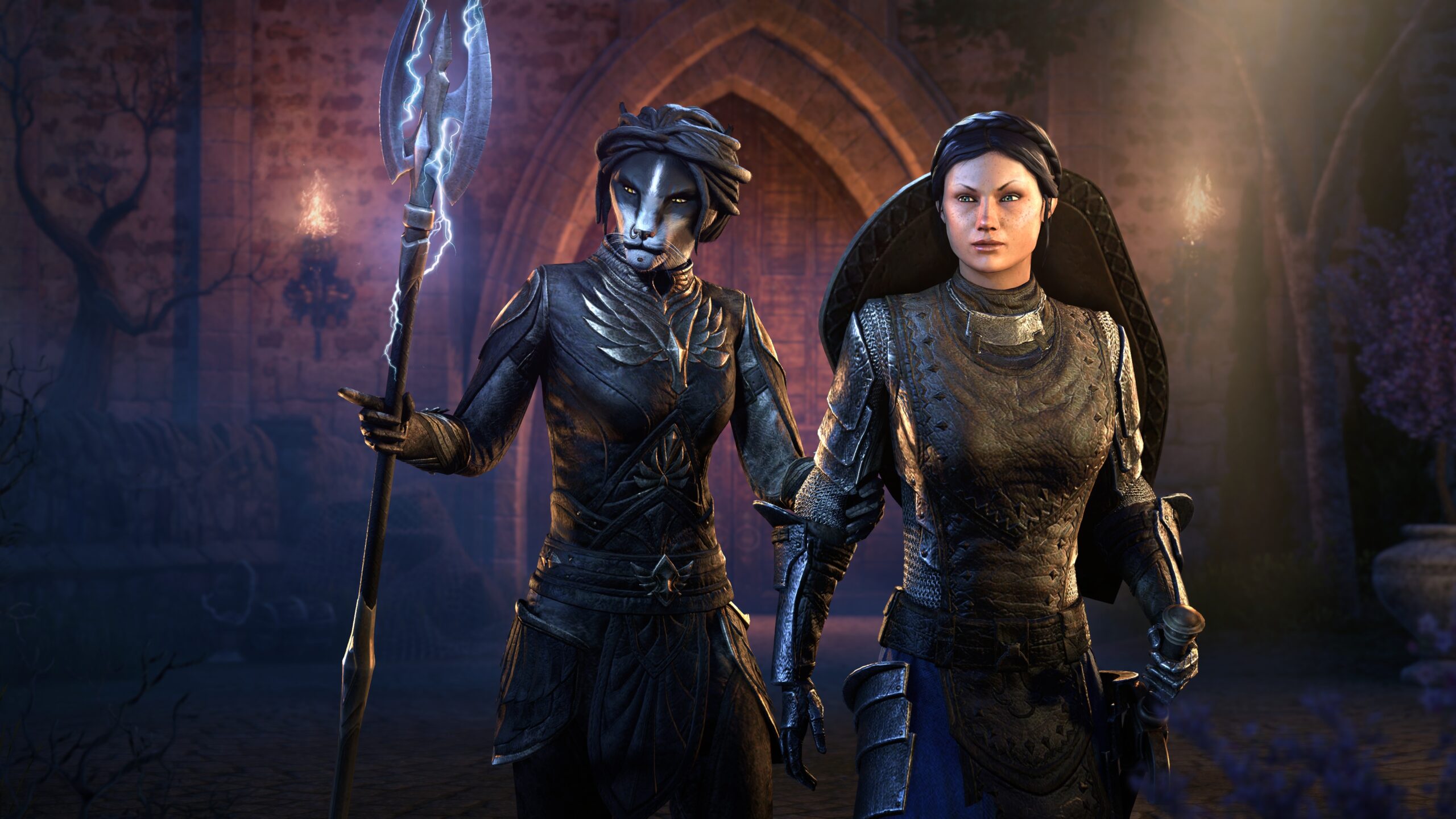 Literally doubling down on Blackwood's addition of Companions, the developers of The Elder Scrolls Online announced that two new Companions will be available in High Isle. One is Isobel, an honorable aspiring Breton knight, and the other is Ember, a Khajit who grew on the streets and has shown an aptitude for magic.

Last but not least, Zenimax Online Studios unveiled Tales of Tribute, a resource-building collectible card game that will be integrated into The Elder Scrolls Online with the High Isle Chapter. 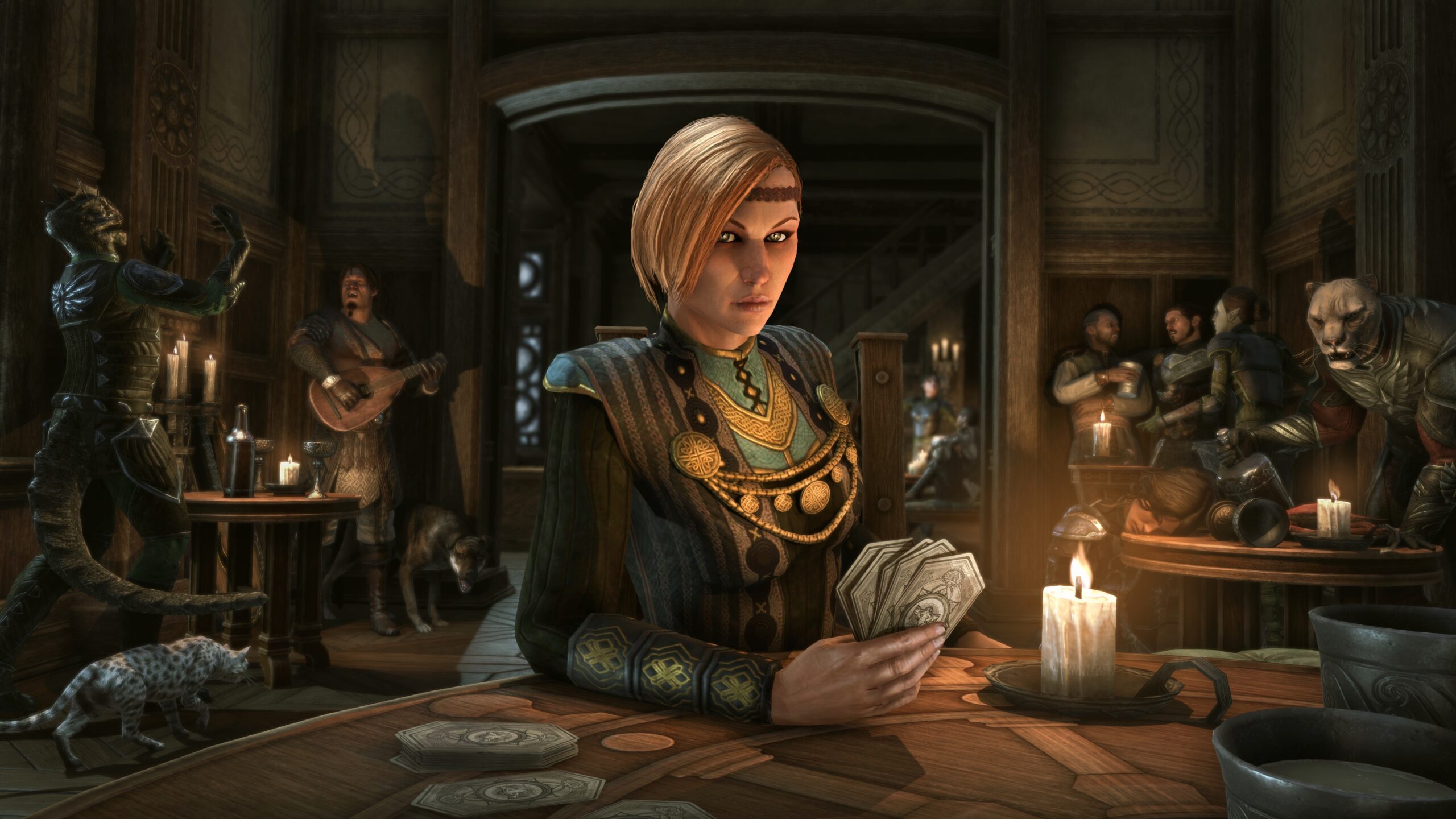 According to the developers, Tales of Tribute has its own leveling system, a dedicated storyline, and can be played both in PvE (against NPCs) and PvP (against other players), where there's even a ranking system. Completing the tutorial will unlock four starter decks; later on, you'll be able to earn additional patron decks via questing and other means. There are even unique upgraded cards to find, but don't be scared you'd be at a disadvantage if you don't have these cards. At the beginning of each game, players will pick two decks each, and the cards will then be shuffled together to create a common deck. 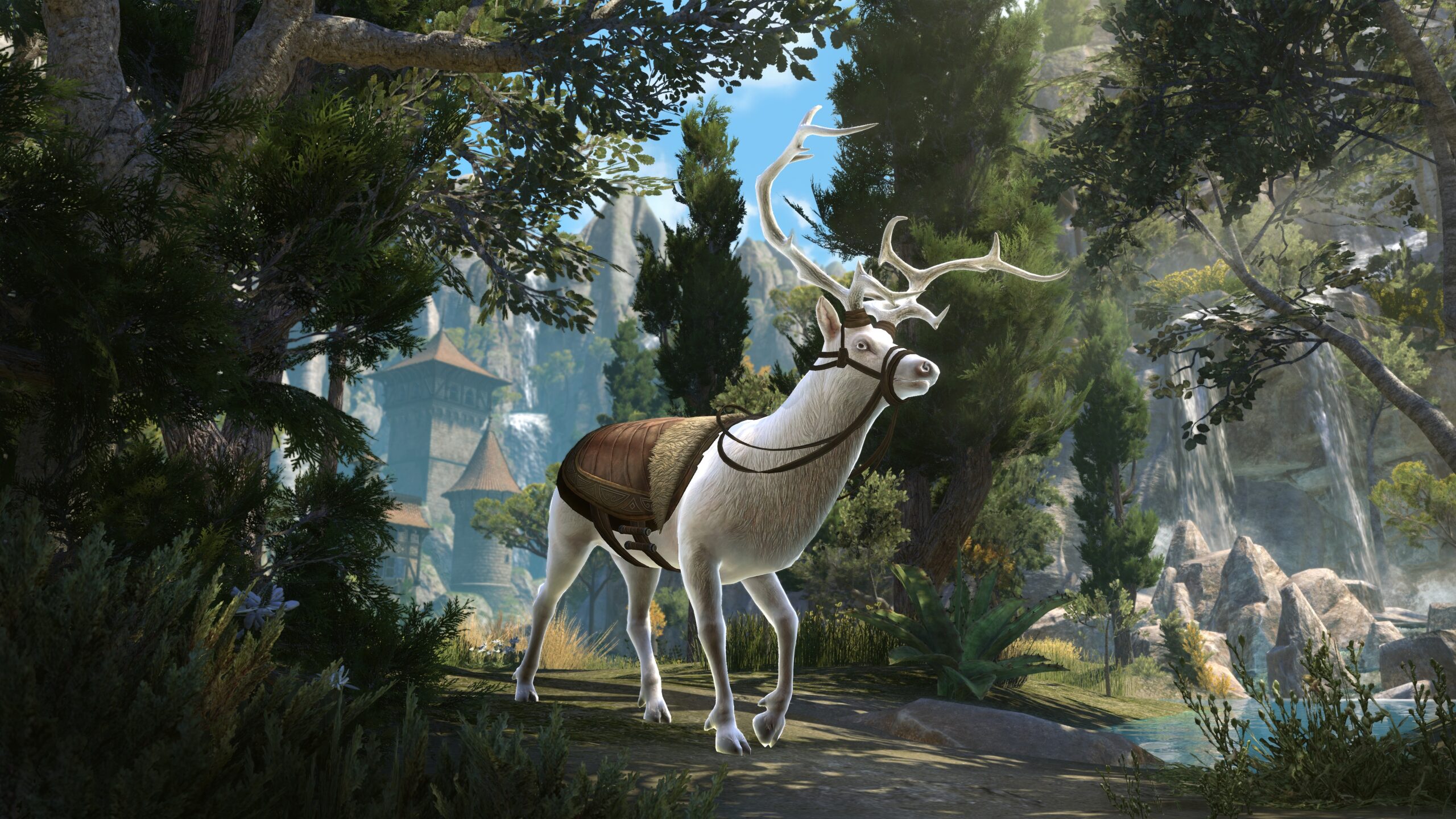 Pre-orders for High Isle are open today. You'll get a Palefrost Elk Mount and a Palefrost Elk Fawn Pet as rewards for your advance purchase, though the latter pet is only available for prepurchases made until April 4th.