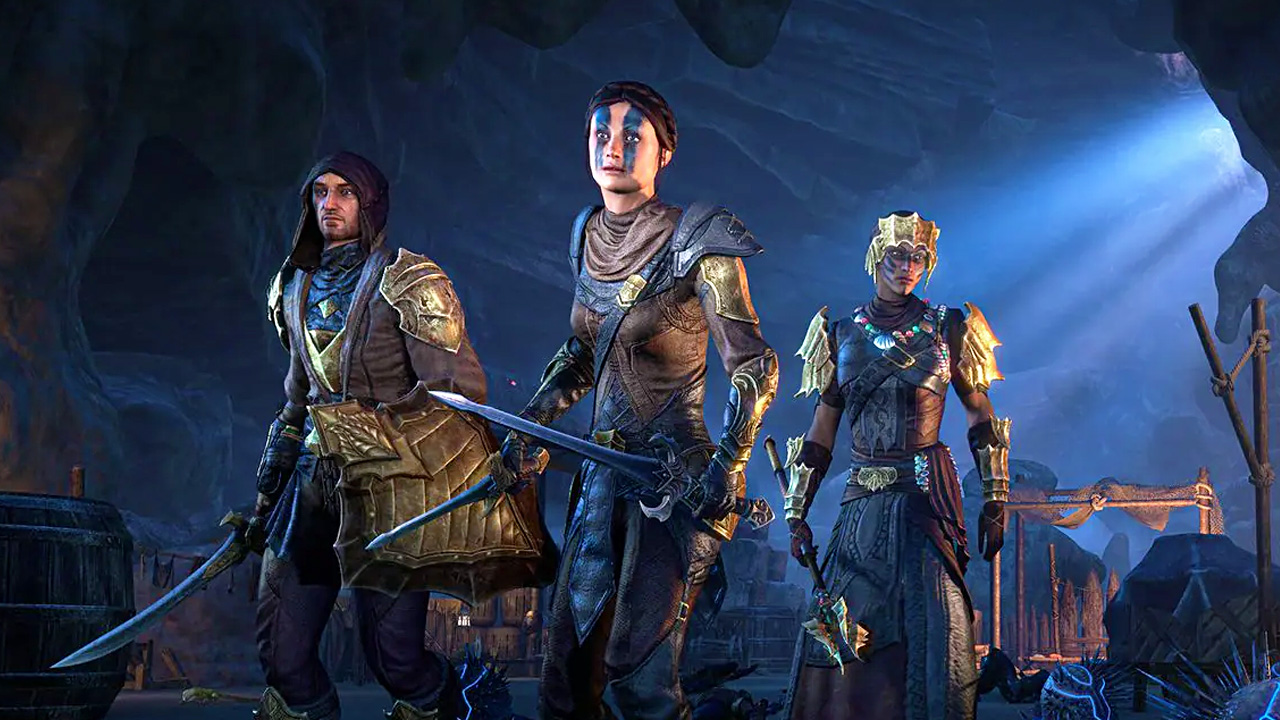 The Elder Scrolls Online kicks off its latest year-long storyline, “Legacy of the Bretons,” soon, but before that gets under way, Bethesda is setting the table with the new “Ascending Tide” DLC. The content pack adds two new dungeons, item sets, collectibles, furnishings, and more. You can check out a trailer for Ascending Tide, below.

Invade a secret hideout of the mysterious Ascendant Order and rescue the dashing rogue Jakarn beneath the island home of the High Elves in Coral Aerie. Team up with Captain Kaleen and explore the site’s stunning coral formations and Elven ruins as you battle your way through both the cave’s new residents and monstrous local inhabitants.

Believed to be one of the shipyards for the legendary All Flags Navy, the dilapidated docks and rotted work halls of Shipwright’s Regret is now home to the uneasy dead, wrathful spirits, and Dreadsail pirates. Of course, that won’t stop the ever-enterprising Khajiit Captain Za’ji from entering the cursed site in search of upgrades for his beloved ship, the Perfect Pounce!

Both dungeons can be completed in Normal, Veteran, and Hard Mode difficulties, plus feature unique challenges and rewards not found anywhere else in Tamriel.

Ascending Tide is available with an ESO Plus subscription, or can be purchased a la carte for 1500 Crowns (around $15). As mentioned, the new DLC launches alongside the free Update 33, which includes a revamped account-wide achievement system, new PVP item sets, outfit styles, and more. You can get the full patch notes for update 33, right here.

The Elder Scrolls Online can be played on PC, Xbox One, Xbox Series X/S, PS4, PS5, and Stadia. Update 33 and the Ascending Tide DLC is available now on PC and will launch on consoles on March 29. “High Isle,” the first full chapter of the Legacy of the Bretons storyline, drops on June 6.