Something new is going to arrive in the market later this year and it's something you probably least expect. Reportedly, a lightbulb primarily made up of graphene wonder material is on the top of the list. This bulb is going to be better lasting, cheaper than the others and probably the brightest ever, as promised by the production center. This light bulb uses less energy than even LEDs, up to a total of 10 percent, which makes it an even more efficient bulb than the most efficient bulb ever produced in the history of bulbs. 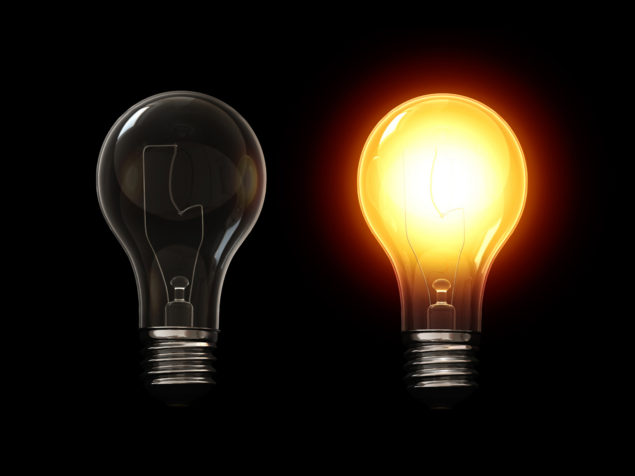 The Graphene bulb will be 10 percent more efficient than normal ones. @Credit URL

These LightBulbs are cheap, long lasting and the brightest ever

Fully coated in Graphene is a LED, which is shaped as a filament enclosed in light bulb that can be dimmed. This is a two hundred times better material in terms of strength which is a one-atom thick material. This material is also amazingly conductive and highly flexible in nature. This light bulb is expected to be the first ever product containing graphene in the market.

The efficiency of the bulb comes from the conductive nature primarily. University of Manchester, UK was the place where in 2004, this material was first discovered by the developers. They also explained how Graphene lighting is used in the production of the bulb. This is expected to be sold for an amount even lesser than $20.

"This lightbulb shows that graphene products are becoming a reality, just a little more than a decade after it was first isolated - a very short time in scientific terms," said Colin Bailey, deputy president of the University of Manchester, in a press release. "This is just the start. Our partners are looking at a range of exciting applications, all of which started right here in Manchester."

This is extremely important to know how significant it is for us to consume less energy for the usage of home and business lighting. It is exactly the product that we are in need of. Cutting the energy usage by 10 percent is what should have been done along time ago, as this energy is considered pretty valuable because of its scarcity (expected in the future). However there are other ways to do this as well including solar panels, wind power etc. But this seems to be a perfect start in the long race of saving energy with better oriented and efficient products. This is not the first time graphene has been a help in increasing efficiency of products, as it was discovered that it almost doubles the efficiency of solar panels. Till then let the scientists do their work and let the world enjoy this wonder material.