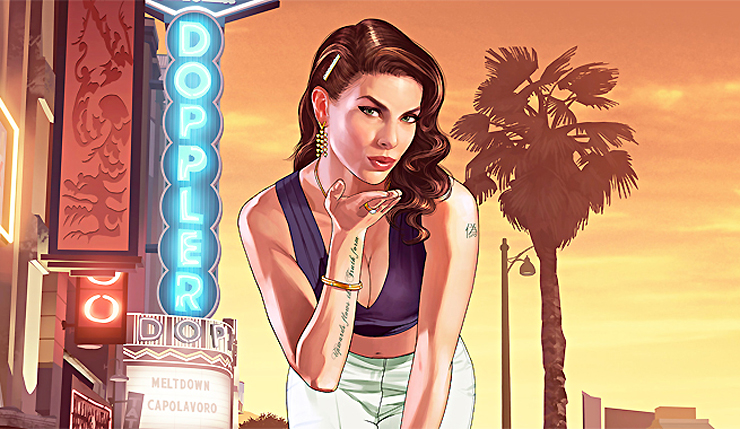 Yesterday Kotaku posted a behind-the-scenes look at how Rockstar Games is working to improve conditions at their studios, following reports of punishing crunch culture last year. For the most part it was a positive piece, with many employees reporting Rockstar has become a healthier place to work, but what most fans seized on was the fact that article described Rockstar’s next big game, Grand Theft Auto 6, as still “early in development.” Considering it’s been almost seven years since the release of GTA V, many fans were understandably concerned to hear GTA 6 may still be in the starting blocks.

Well, we may have a ray of hope from Twitter user Tez2, who has reported accurately on Rockstar-related matters in the past. According to him, GTA 6 is actually halfway done, if not more…

Next title, a new GTA title is in "early stages of development"?
It's hard to believe that when I'm hearing it's "halfway done" or even beyond that.

Tez2 further speculates that Kotaku describing GTA 6 as “early in development” may just mean it hasn’t entered the final phases of development yet, and not that it’s literally just started.

Take note that RDR2 took approximately 8 or 7 years worth of development, main production started right after RDR1 release & recording sessions began in 2013
Expect the same with the next title, unless it's "early" as in we are nowhere near release which is more believable.

So, if we stick to the “Rockstar games take 7 or 8 years to make” timeline, and production on GTA 6 began shortly after the release of GTA V in 2013, then a 2020 or (more likely) 2021 release could be possible. But who knows? Once again, according to Kotaku, Rockstar’s internal changes are having an effect on development, with the studio possibly planning to launch a more “moderately sized” GTA 6 in order to combat crunch. How might that effect the game’s release date? We shall see.

What do you think? How far along is Grand Theft Auto 6 and when do you think we might see it?