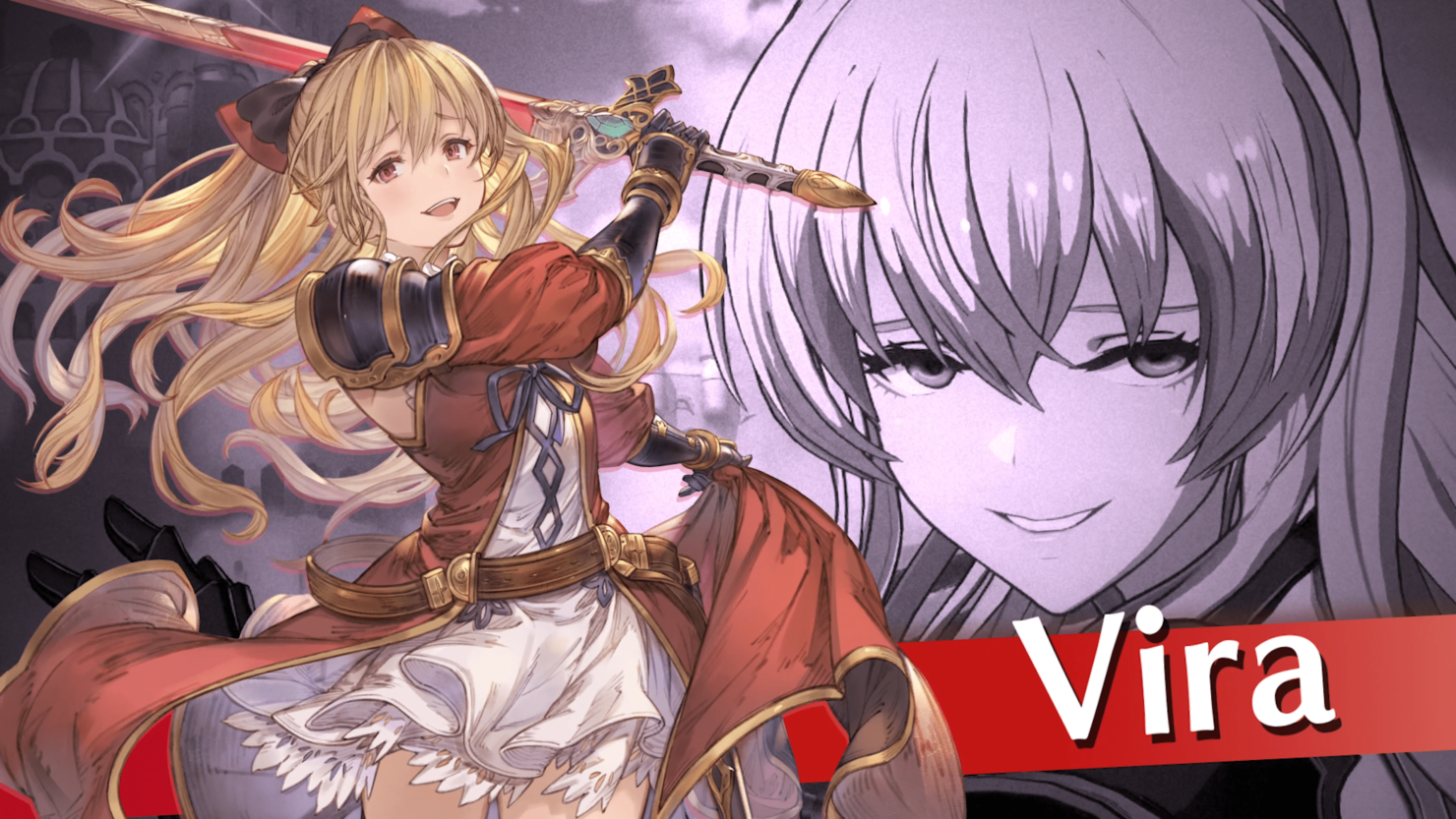 Cygames and Arc System Works are not done with Granblue Fantasy: Versus. As such, they recently announced a new DLC character that's going to be launched in December. The character was announced during Cygames' summer Livestream last weekend. During the stream, they took the opportunity to announce that the fan-favorite character "Vira" (Or rather, Vira Lillie) will join the fight in Granblue Fantasy: Versus.

Vira is a commander raised in the Albion Citadel fortress city. She grew up alongside Katalina, whom she loved as a sister and worshiped as an idol. Vira ascended through the ranks thanks to being a very astute tactician and a prodigious blade master. However, her adoration for Katalina soon became an obsession when Katalina lost to Vira in a duel for the title of Lord Commander on purpose. After Vira earned the title of Lord Commander, Katalina set out to the skies. And now, it seems like Vira will come along. Watch the trailer below:

If you're wondering exactly how "Obsessed" about Katalina we're talking about... Let's say that Vira actually has a diary that's all about Katalina. In fact, in Granblue Fantasy, one can witness a duet dance scene between Vira and Katalina once she reaches Max Level 60-70 of the game. Maybe this will be brought up in Granblue Fantasy: Versus, too!

Anyways, further details about Vira's playstyle and moveset will be released at a later date. The character is expected to be released during December, but no concrete release date has been given yet. Does this mean that there will be a third Character Pass, too? Who knows? Maybe more details regarding that will show up later this year.

For now, let's remember that Granblue Fantasy Versus is currently available on PlayStation 4 and PC (Steam). It's also possible to play this game on the PlayStation 5 through backwards compatibility.