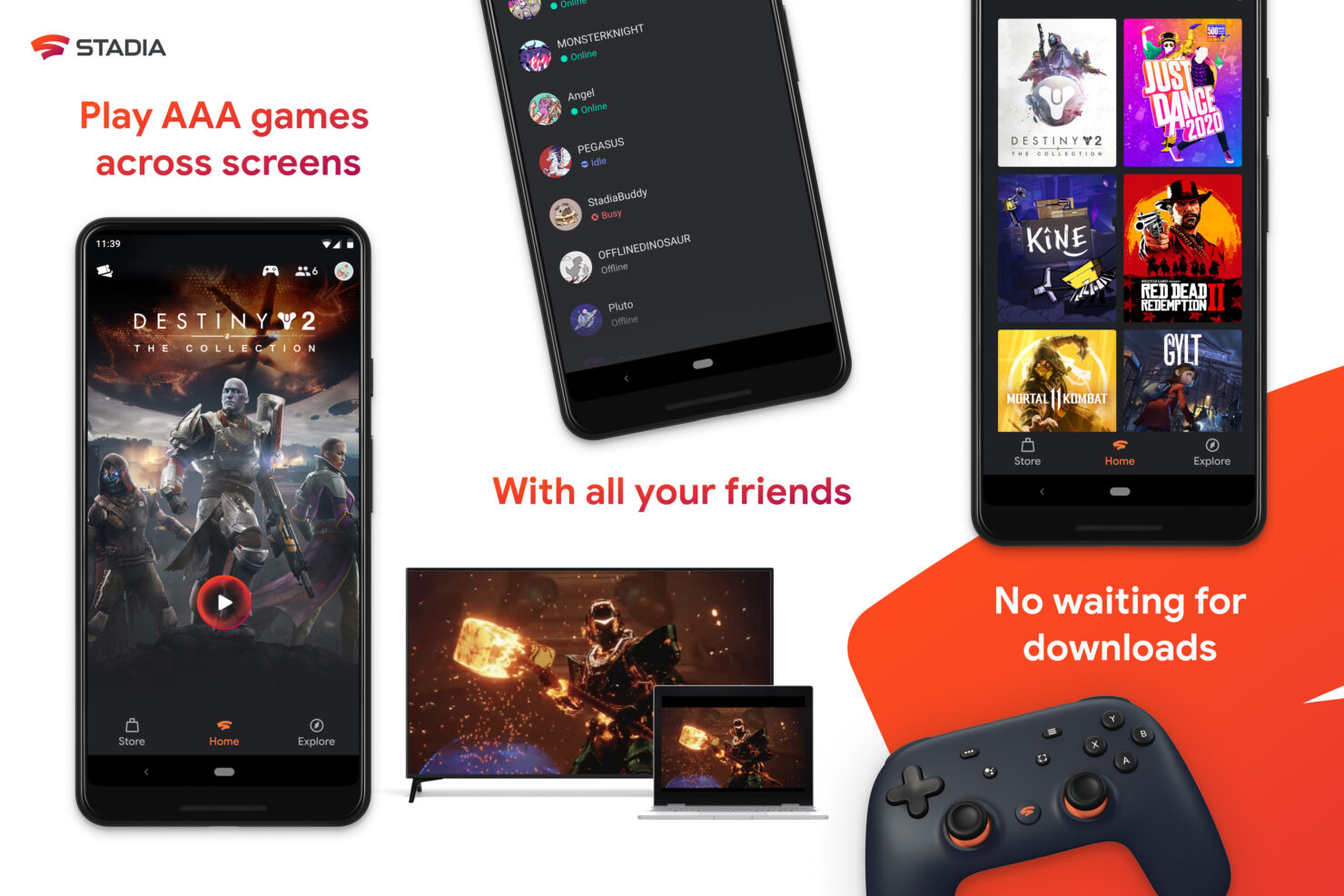 The Google Stadia app, available on both Android and iOS, may offer the best insight yet to approximate the userbase of the newly launched cloud-only game streaming platform.

That's because the Google Stadia app is required to purchase games; for some reason, that cannot be done via your PC for the time being. Of course, the app itself can be downloaded without having an actual Stadia account, though that'd be pointless on its own.

Well, Sensor Tower has estimated "over 175K downloads" up until November 19th as reported by GamesIndustry. Sensor Tower also added that over 90% of the downloads came from the Android platform, which is perhaps unsurprising as iOS cannot currently stream games at all. The United States got the lion's share of downloads distribution with 41% of the total.

That's certainly not a big launch, though, which would line up with reports of pre-orders below expectations. Still, as mentioned above, the figure cannot be taken as an accurate representation of the Google Stadia subscriber base, for that, we'll have to wait for an official statement from Google.

Stadia is an all-new gaming platform that lets you play games across screens. Stadia is one place for all the ways we play.

Play games across the screens you own.

You can play games on televisions with the Stadia Controller and Google Chromecast Ultra. You can also play games on Stadia across laptops and desktops. At launch, Stadia supports Chrome OS tablets including Pixel Slate, Acer Chromebook Tab 10, and HP Chromebook X2, and Pixel 2, Pixel 3, Pixel 3a, and Pixel 4 family phones. To play Stadia, you’ll also need a code that will be provided to you with a qualified purchase, such as Stadia Founder’s Edition or Stadia Premiere Edition.

The moment you purchase a game, it’s ready to play as long as you have Wi-Fi. Stadia takes care of all the game patches and updates so you never have to wait for a game download or in-game update again.

Stadia delivers a gorgeous picture at up to 4K and 60 FPS with HDR. Specific resolution, HDR, framerate, and gameplay experience will depend on your individual device capabilities, connection, and games. Stadia Pro subscription may be required for access to some features.

Stadia is constantly being updated and improved. You won’t need to upgrade your console or PC hardware to play the latest games, because Stadia already does that for you behind the scenes.