Google is making a good business out of the 2016 US election. The search giant announced today that it will display the election results as soon as they come in, for the Presidential, Senatorial, Congregational, and Gubernatorial races. It will also post updates for the state-level referenda and ballot propositions.

The past couple of months, Google has been active in engaging voters by creating awareness about November's election. It did this by providing voters information about not only how to vote, but where to vote by mapping out the nearest polling station. This election hum-drum has caused "a startling 233% increase in traffic for "how to vote" compared with 2012. In addition to “how to vote,” Americans are actively searching for “where to vote” -- particularly in battleground states," Google has said. 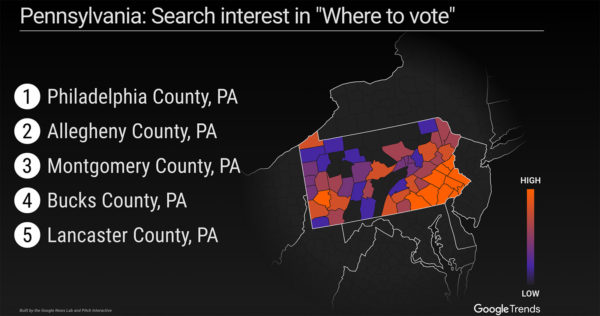 Google has chosen today to further announce that it will be live streaming the election results from major news organizations like NBC, Telemundo and Bloomberg on YouTube at 7 p.m. ET on the 8th of November, Tuesday.

The search engine giant will post the results pronto after the polls close in over 30 different languages. The results will be updated continuously, after every thirty seconds as shown in the screenshot below.

The interface is simple enough. The tabs on the top will let you switch between different races like Presidential, Senatorial, and House. The results will also include information about how many more electoral votes are needed for the presidential candidate to win, how many seats are left in the House and Senate, and the like.

Google has also brought up the #voteIRL (Vote In Real Life) campaign on the YouTube spotlight. The election hype is strong this year. And guess what? This time they have got the President of the United States to motivate the voters to go and vote in person.