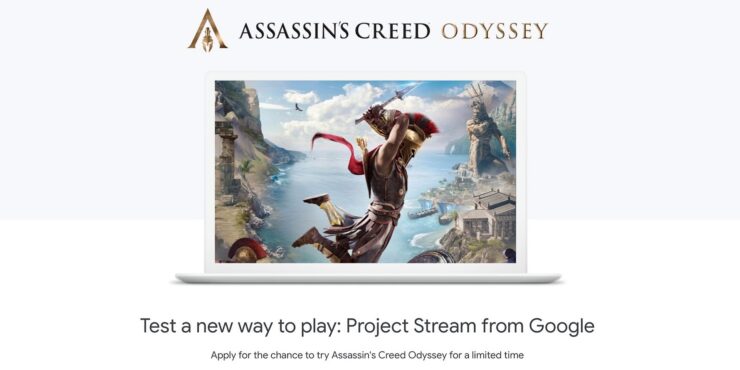 Google is expected to fully reveal its plans for the cloud-based streaming service for games on March 19th, at the Game Developers Conference 2019 in San Francisco, California. Invites have been sent out, and a teaser image has leaked, too.

The technology has first been publicly tested in partnership with Ubisoft through Project Stream. A few thousand participants in the United States had the chance to play Assassin's Creed Odyssey directly via their Chrome browser on Windows, Mac, Linux, and Chrome OS, the only requirement being an Internet connection of 25 megabits per second. In their latest post-earnings conference call, Google revealed that feedback to the test was 'super positive'.

According to sources cited by 9to5Google, though, the cloud-based streaming service will be announced by Google alongside a gaming console-like hardware (coupled with a controller) at the GDC 2019 keynote. Truth to be told, the original report by The Information that first revealed the existence of the project (codenamed Yeti) did mention that a game console specifically crafted for this use was being tested. 9to5Google adds in this new report that full cloud-based games streaming service has been tested internally at Google and will include an in-game chat.

Microsoft is also going to unveil more information about their own equivalent service, Project xCloud, at GDC 2019. A session scheduled for Thursday, March 21st will focus on this very topic.

Project xCloud: The Future of Streaming Xbox Games on Mobile Devices and Beyond (Presented by Microsoft)

Project xCloud is enabling Console Native games to stream through our Azure-hosted game servers and streaming clients. Any Console Native game currently shipping in the Microsoft Store on Xbox will be capable of streaming to a mobile device. Project xCloud is an open platform with a customizable Client UX where streaming starts with Xbox game developers not having to modify a single line of existing game code.

Come to hear about the future of streaming games on mobile devices, leave understanding the opportunity every game developer will have to take advantage of Microsoft's latest gaming cloud service.

Developers already building games for Xbox will learn how Project xCloud will make it easy to get that entire catalog running on mobile.

Google Teasing Something Big for GDC, Game Streaming Platform May be Revealed

Google Working On Game Streaming Service; Controller / Console May Also Be In The Works

An Apple VP Says the AirTags Are Meant to Locate Lost Items, Not Children or Pets