After much anticipation, Google's native 20-million-songs strong subscription music service has finally hit iOS, some six months after it was first announced earlier this year. This All Access and Radio service was promised at Google IO for a few weeks later.

The Google Play Music on iPhone app allows its user to play any songs uploaded to Google's iTunes Match like scan and match service. If offers up to 20,000 songs and gives access to an additional 20 million songs for $ 9.99 a month. 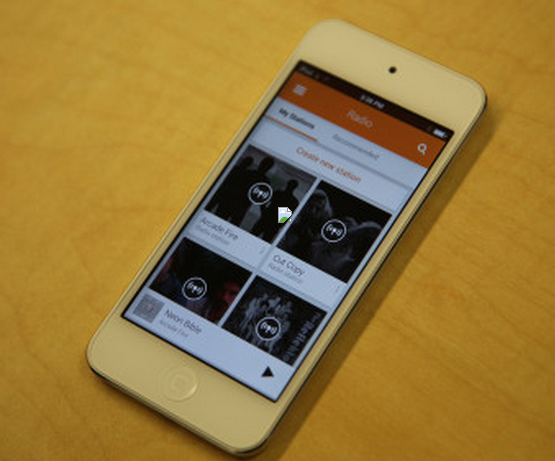 Google's music system differs greatly from that of Apple. It rather resembles to Spotify and Amazon with its focus on Cloud. Google Play Music on iOS offers a very robust interface for Macs and PCs.

Play millions of songs, instantly, on any device, including all the music you’ve ever bought…from anywhere.

Google Play Music on iOS is offered for $9.99/month with a free first month trial. With this service, you not only get to enjoy your music but also can access much more from many major labels. Resembling to Spotify's premium service, you can download your music locally for offline listening on Play Music iOS too. You can also choose from 3 different quality levels of streaming to save up on your monthly megabytes.

It syncs up across the devices so you can simply play it anywhere with a reach to a browser! On iOS [Read: Hidden iOS 7 Features II – Because the Surprises Never End!] it plays on Bluetooth, Chromecast and AirPlay with a very good streaming speed over a good connection. Design language speaks clearly about a mix of Google, iOS 7 UI and the Play Music Store touches.

Reports claim that Google is working on an iPad version of the Play Music app. It is an excellent music alternative to Apple's iTunes and is recommended for a free try!

YouTube Is Set To Jump On The Music Streaming Bandwagon