Black Friday Deals to Avoid on Walmart this Year!

Walmart Black Friday 2013 deals ad is online and although there are so many good deals, some of them should better be avoided. Here are some of those bad deals which you should consider skipping this year. You can check out some amazing deals here: Some Big-Saving Black Friday Deals from Walmart and Best Buy. 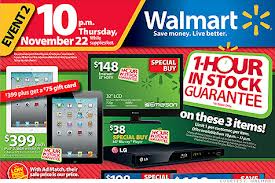 Here are five of the worst Walmart Black Friday 2013 deals that you should better consider to avoid:

Walmart is offering a 2pound heavy Trio Stealth tablet with a 10.1 inch screen for $99. Battery life is good enough rated at 8 hours but the 1024 x 600 resolution is pretty bad for a 10.1-inch tablet. Again, like RCA no updates hopes either. 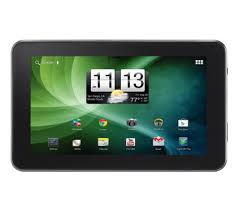 Another tablet Black Friday deals ad includes an RCA tablet, a $48 tablet. This 7 inch display has a 800x400 resolution and only offers 4 hours of battery life. Although RCA tablet does support Google Play services like Maps and Gmail, do not expect any good Android updates reaching to this tablet.

Walmart is popular for offering some hot Black Friday deals of laptops. This year, it sounds like the time for HP 2000-2d09WM coming at $178. However, this is one of the Walmart Black Friday 2013 deals you should consider skipping.

This laptop includes a 15.6-inch display, AMD E300 processor, 4GB RAM, a 500 GB hard drive, and a DVD burner. There aren't many reviews up on the web as this model has been specifically configured for Walmart Black Friday 2013 deal. This machine is expected to be slower and a drag.

This year, Walmart is also offering a collection of SD card deals. However, Amazon offers similar prices for around the year at any day. So leisure shopping vs long queues?