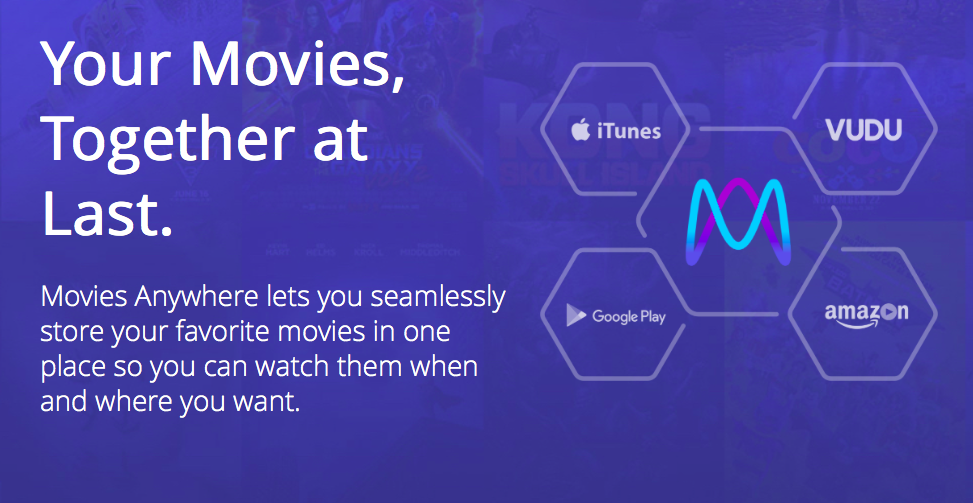 In contrast to “Disney Movies Anywhere” service, the normal Movies Anywhere does not restrict movies from Disney Studios only. It lets users stream movies from other prominent studios like Fox, Sony Pictures, Universal and Warner Bros. With the Movies Anywhere service, users can now stream purchased movies from platforms like Google Play, Amazon, iTunes and Vudu. In a nutshell, it is a single service for multiple platforms.

To make you understand it better, assume that you purchased the "Wonder Woman" on iTunes. Now, you just need to connect your iTunes and Google accounts to Movies Anywhere. After successfully linking your accounts, all your purchased movies from iTunes will be automatically added to your Play Movies library without you requiring to repurchase the same title.

The movie streaming market is populated with a slew of services now, and it only makes sense to have a single service to feature it all. It also makes a lot easier for the users as they can purchase any movie and stream it anywhere.

To make it sweeter, Google is also offering five free movies if you link two or more accounts to Movie Anywhere.

Here are the free movies on offer:

Currently, Movies Anywhere service is available in the US only. And there is no word regarding launching it outside the region.