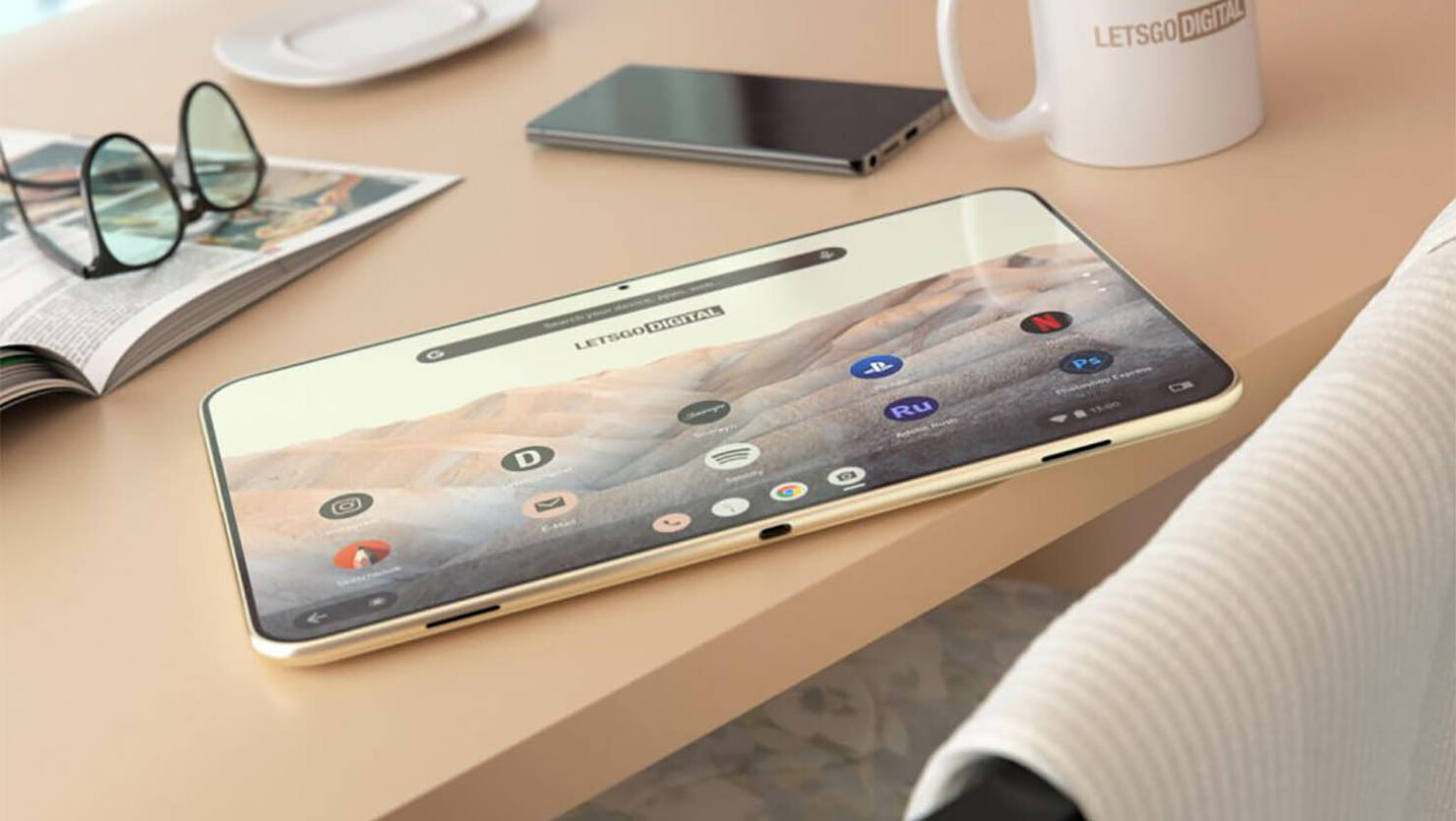 It has been a while since Google has launched a tablet, and the impression was that the company was done with this category of products. However, recently, a patent was published, describing a tablet that touts a futuristic design, with some renders providing a clearer picture of the unreleased product. While published patents do not necessarily mean a product can materialize, there have been some exciting developments in Google’s plans, as you will soon find out.

Google Reportedly Working on in-House Chipsets for a Variety of Products, Which Suggests the Company Is Ready to Bring Back Tablets

According to LetsGoDigital, Google’s Pixel tablet patent was filed back in 2019 but was approved in 2021 by the Japan Patent Office. The renders were beautifully made by graphic designer Giuseppe Spinelli, bringing the patent to life in the form of this slate that features razor-thin bezels with rounded corners. The design may not win any hearts when compared to some iPad models with flat edges, but some will appreciate these renders.

There is a top-centered punch-hole front-facing camera, along with four stereo speakers and a single USB-C port. Strange enough, the charging port is placed on the larger size of the tablet, seemingly to allow for landscape mode to be active when users are charging it. Looks like the placement of the USB-C port in these renders was intentionally done so individuals would get used to interacting with the tablet in this orientation.

One reason why this patent is being given more attention by us is because Google was earlier reported to be working on in-house chipsets for both tablets and Chromebooks, with the first custom silicon for these products expected to arrive in 2023. While that is a long time to wait, just recently, we reported that Google may also unveil the Pixelbook 2, which will succeed the original Pixelbook and will be powered by the custom Tensor chip. This is the same SoC that will eventually be found in the upcoming Pixel 6 and Pixel 6 Pro.

If Google is working to bring custom chipsets, then we can hope to see a Pixel tablet like this in the future. Let us know what you think about these renders down in the comments.