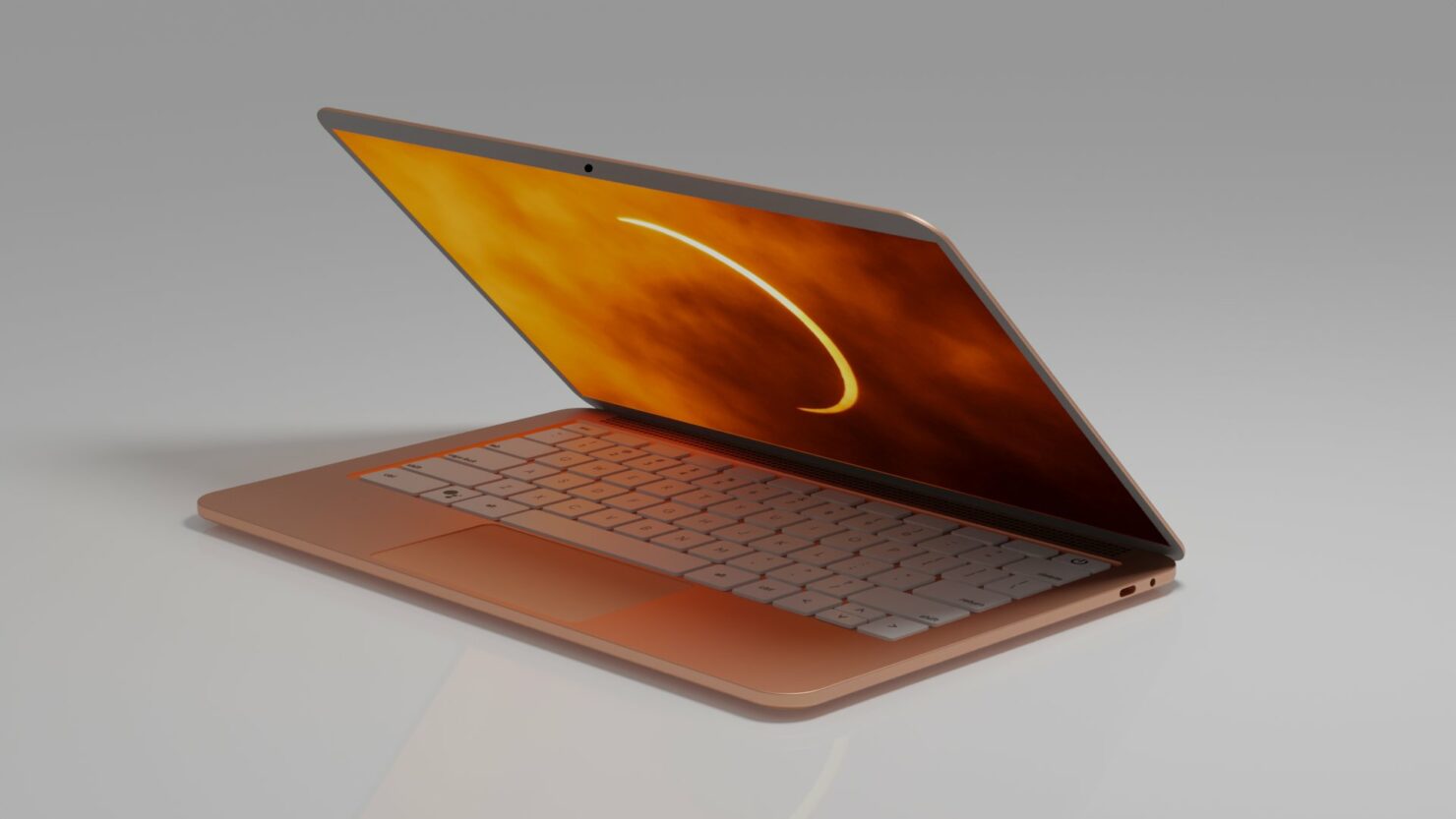 A while back, it was reported that Google was working to bring in-house silicon that will power Chromebooks and tablets, but the company’s plan would reach completion by 2023. However, the company might be using its Tensor chip in the upcoming Pixelbook 2, according to a tipster, who has also shared some renders and additional information regarding the product.

Pixelbook 2 to Feature 13.3-inch Display, Along With What Appears to a Premium Design

The renders shared by Twitter user AI show the Pixelbook 2 in five colors; Orange, Green, Yellow, Blue, and Pink, who also states that the Chromebook will sport a 13.3-inch screen. We say it will be a Chromebook because the tipster claims that the upcoming product will replace Pixelbook Go, which runs Chrome OS. The design of the Pixelbook 2 gives off MacBook Air vibes, with the chassis appearing to be made out of a solid piece of aluminum.

The renders shared also show that there are a couple of USB-C ports placed on either side of the Pixelbook 2, along with a 3.5mm audio jack on the right. There is also a decent-sized trackpad, which we assume will feature a glass surface. This gives us confidence in Google’s plan to target the premium Chromebook market, and the fact that it wants to bring out more custom chips to use in future products shows the company is serious about its hardware division.

Some of you might not share the same enthusiasm because the Tensor is meant to be a silicon designed for smartphones, but since Chrome OS is a lightweight operating system, the chip should be able to handle it just fine. Hopefully, Google will be able to address the software side of the Pixelbook 2 so it does not end up like the disaster that was the Pixelbook Slate, which Google no longer sells on its online store and due to a valid reason.

Though it harbored decent hardware, the Pixelbook Slate’s software was a glitch-induced nightmare, with performance issues like stuttering and lack of fluid animations the biggest complaints from reviewers. Perhaps Google will not repeat history with the Pixelbook 2.