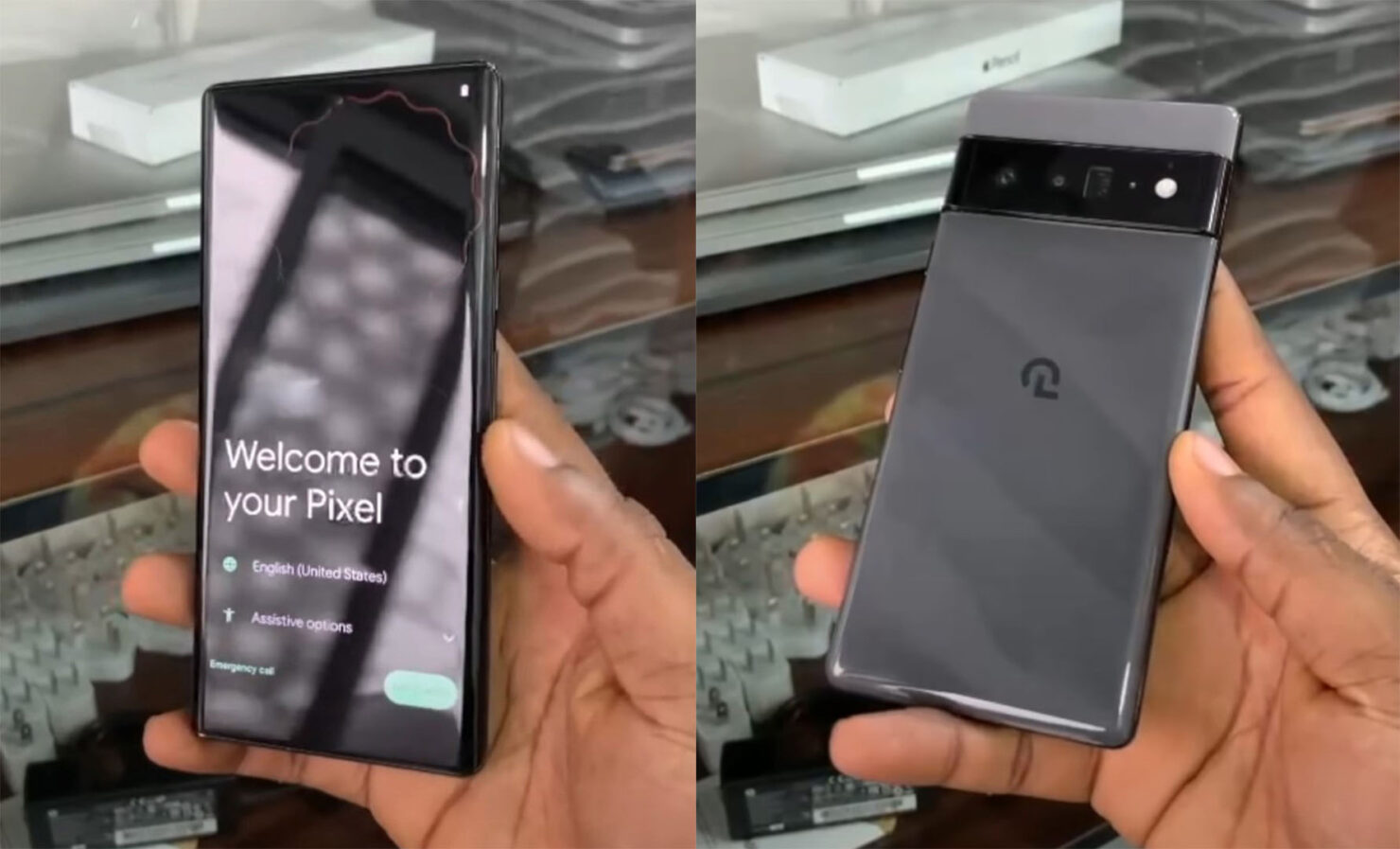 The Pixel 6 and Pixel 6 Pro will reportedly launch on October 28, meaning that the official unveiling is a few weeks away, so it is not surprising that a hands-on video of Google’s flagship has leaked online. However, it only shows the larger and more expensive Pixel 6 Pro so let us check out what fresh details we can spot from the clip.

Pixel 6 Pro in Latest Video Leak Is a Prototype, but It Matches the Design of What Google Unveiled Previously

The leaked hands-on video was publicly shared online by Brandon Lee from the YouTube channel This is Tech Today. The handset in question matches the design and camera configuration of the smartphone that Google announced a while back, but the model spotted in the video is a prototype, not a retail unit. It presumably belongs to the Product Validation Batch batch as there is no Google logo at the back, but we will not be surprised if the design matches that of the device that lands in markets shortly.

The Pixel 6 Pro in the leaked hands-on video shows a boxy design, with a top-centered punch-hole front-facing camera, along with a triple rear camera array that matches what Google showcased earlier. A company executive earlier stated that the main camera system is in that horizontal configuration because the sensors are too big to fit in a traditional square.

The backside of the Pixel 6 Pro reflects light clearly in the video, indicating that the finish will be a glossy one. In addition to its design, the custom Tensor chip that will power the upcoming flagship has its specifications leaked too. According to the video’s details, the in-house silicon will have the following core configuration.

The Snapdragon 888 and Exynos 2100 only had a single Cortex-X1 core, so it will be interesting to see how the Tensor chip fares against the upcoming Exynos 2200 and Snapdragon 898. The regular Pixel 6 may not have been a part of the leaked video, but it shares some design aspects of the Pixel 6 Pro, save for the bigger display and an additional camera at the back.

Regardless, it will not be surprising to see the smaller member of Google’s flagship smartphone family show up in a couple of days, and when it does, we will update our readers, so stay tuned.

News Source: This is Tech Today