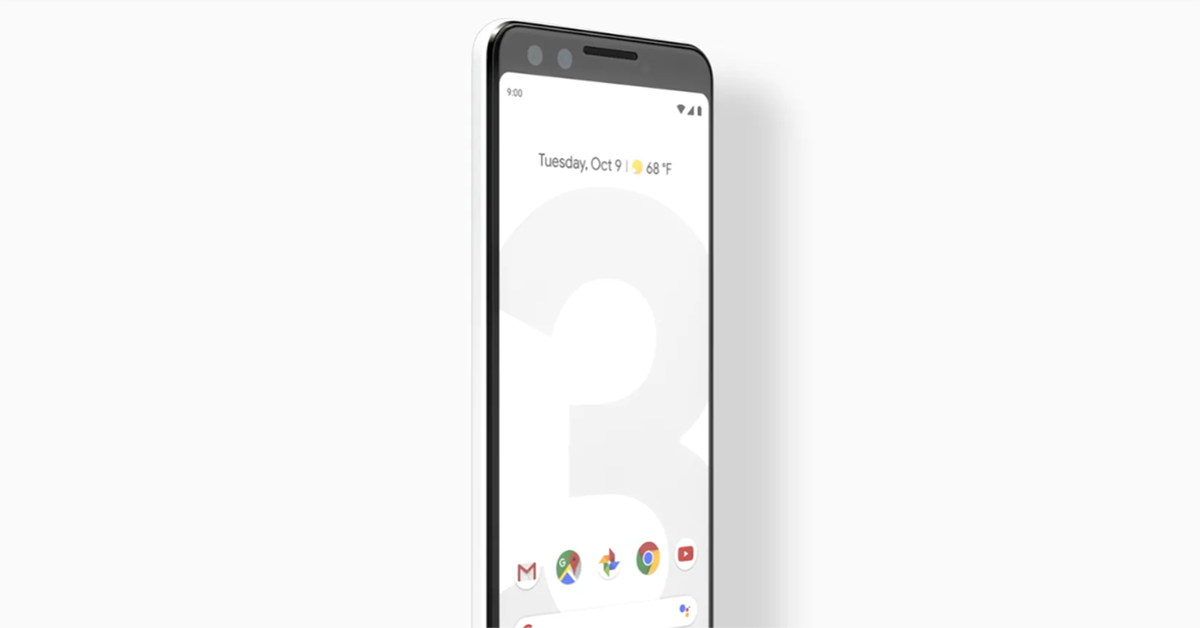 Although dual (and even triple) camera setups are the norm, a single camera lens can often get a lot accomplished. The Pixels, for example, manage to do what its competitors can't with twice the cameras. It is a result of the sensors working in tandem with the Google Camera app, which shows that software is just as important as the camera hardware. Despite the Pixel 3 being around for some time,  DxOMark has released its camera review of the Pixel 3 only today. The results aren't surprising at all; it is the best single-lens smartphone on the market.

The Pixel 3 gets an average score of 101 (103 for photography and 98 for video), making it the highest ranked Pixel device till date. It is three points higher than its predecessor which got a score of 98.  The Pixel 3 matches the iPhone XR for its total score. This year's 'budget iPhone' has a score of 103 and 96 for photo and video. Until now, it was the best single-lens phone. Single-lens smartphones are a dying breed, so we don't expect anything to dethrone the Pixel 3 anytime soon. 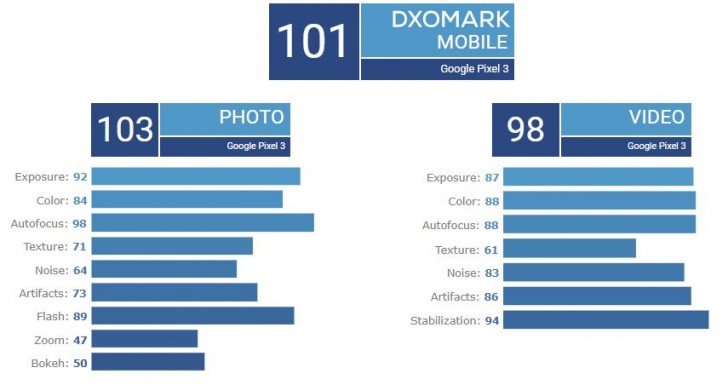 DxO states that the Pixel 3 excels preserving details even on zoomed in images, the “generally good” exposure and dynamic range, as well as quick autofocus. In video, the noise reduction, “effective” stabilisation, dynamic range, and “fast, reliable autofocus” all get high marks. DxO also noted that there are some luminance noise and colour shading in low light images and some artefacts and the occasional ghosting in good light. Similarly, “jello and frame shift” in walking scenes, dull colours, and slight jerkiness in low light caused the video score to dip.

Overall, the Pixel 3 held up fairly well against competitors such as the Galaxy S9 and the P20 Pro. However, we have to take the review with a pinch of salt as Pixel-only modes such as Night Sight and Top Shot were skipped altogether. The company only tests using the default settings, presumably to level the playing field. There are simply way too many factors at play that cannot be recreated in a test environment so a high DxOMark score doesn't mean as much as some people purport it to be. You can read the whole report here for more information.