Google Nexus 9 from HTC is a 8.9-inch tablet featuring the dual core, 2.3 GHz Nvidia Tegra K1. This is the first device to sport such a powerful beast based on 64-bit to properly utilize Android Lollipop 5.0. Specifications include a 2 GB of RAM, non-removable 6,700 mAH battery, 8-megapixel primary camera and 1.6-megapixel front shooter. Here are some amazing hands-on images of this beautiful, matte-finished Nexus 9 along with first camera samples of the device. 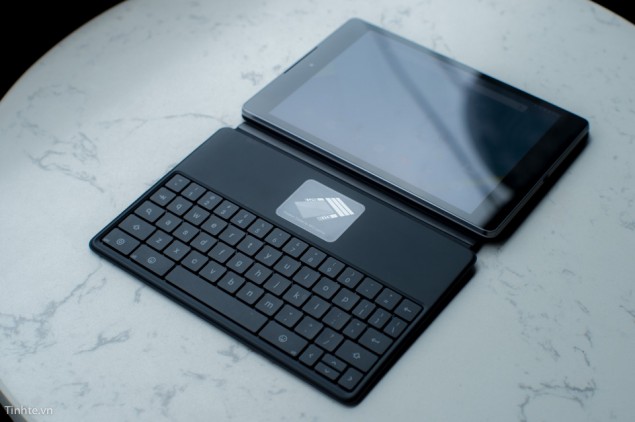 Google is selling this beautiful looking tablet for $399 replacing Nexus 7 and Nexus 10. HTC has remained popular for its design capabilities and the company has definitely proven to be a leader by doing one cracking job at designing this beautiful tablet. Soft-touch plastic Nexus 9 will be available in black, white, and tan colors. These beautiful hands-on Nexus 9 shots come through the folks at the Vietnamese website Tinhte who have got their hands on this tablet and its accessories revealing that the end product has gone over the beauty of even renders. Here are some images from their Nexus 9 photo shoot:

Google Nexus 9 sports an 8-megapixel rear camera with a backside-illuminated sensor, f/2.4 lens and capability to record 1080p videos. While the shots taken from this tablet don't look quite impressive, they do confirm the improvement that is being made into latest Nexus's shooter. We already shared with you first camera samples of 5.9-inch Google Nexus 6. Images taken from that phablet too don't look quite promising especially when compared with its primary competitor, the Samsung Galaxy Note 4.

However, unlike smartphones, tablets aren't yet expected to do extremely good at photography so we assume Google Nexus 9 will pass the exam for many. However, beware that the device lacks any kind of flash to illuminate scenes. Nexus 9, in any case, does take good enough indoor shots of dimly-lit places. Here are the first camera samples of Google Nexus 9. You can click on our sources to find all the hands-on images and camera samples of this beautiful looking tablet from HTC and Google.

Official Android 5.1.1 for Nexus 9 Released – Here’s How to Update and Root Nexus 9