Both 5.9-inch Nexus 6 and 9-inch Nexus 9 tablet are officially announced with which comes the problems of price and availability in different regions. Google has announced the preorder dates for Nexus 9 and apparently Nexus 6 will be available from November 12 onward. Releasing in November, Google Nexus 6 will be available from all four major US carriers. 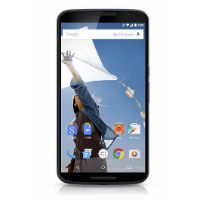 Leaks circulating around the Google Nexus 6 were focused that the device will be launched on Verizon and won't be seen on Sprint. However, Google has gone big and hearty and is releasing its sweetheart phablet on all the major US carriers. These include Sprint, Verizon, AT&T, US Cellular, and T-Mobile. Reports suggest that Nexus 6 preorders will begin from October 29 and release will happen in November.

It should be noted that these dates aren't official dates from Google but are speculated. Nexus 6 will be available from Best Buy and you could also buy it from Google Play once the device is available. Once the carriers and release dates are done, comes the issue of price. We already saw  leaked information of Google putting a $649 price tag on its first 5.9-incher high-end phablet smartphone.

It would be the first time then that Nexus is sold this expensive. Nexus line has traditionally been sold a little inexpensive when compared to its contemporaries. The Nexus 6 price too isn't official, but speculated and looking at the number of sources hinting at the figure, it seems to be the right price. This would put the device against high-end devices such as iPhone 6 and might affect its sales. Or it could be Google's way of showing off its confidence in its device which has been released against the powerful and popular Samsung Galaxy Note 4 and the Apple iPhone 6 Plus.