Google Nest And How The Automated Home Is Now A Reality

Google purchased Nest this January for a modest $ 3.2 Billion. With the purchase of the company, it was also able to get its hands on the company's founder, Tony Fadell. Fadell himself had already had an illustrious career in the tech industry. He is credited to have designed the iPod, Apple's mp3 player that changed the way we looked at devices forever. In fact, he was also known to have charmed the impossible to please Steve Jobs himself. Now with Nest under its belt, the potential for Google to experiment with and develop automated homes is indeed unlimited. Currently, there are two automated home kits on the market, the other being Apple's HomeKit. However, its Google's Nest which ends up offering some very interesting features currently.

Google has in fact made a very diverse list of partners for the Nest project. The list of partners for the Nest API includes names such as Logitech, Mercedes-Benz, Whirlpool, lightbulb firm LIFX and garage door firm Chamberlain. Currently, the API is limited only to an automated thermostat and smoke detection devices. Of course, the Nest thermostat is not your everyday, average Joe thermostat. The Nest thermostat will be able to detect when you're home and when you've left. Combine this with the names of the firms mentioned above and the possibilities are very diverse indeed. According to the device maker, all you have to do is say ‘OK Google. Set Nest to 75 degrees,’ and voila! Your home temperature has just been set to 75 degrees. This coupled with the API activated on your Mercedes-Benz and  Nest will be able to know when you're about to arrive home or when you're leaving. This will allow it to regulate it self accordingly.

Nest, coupled with fitness bands from Jawbone and the API will be able to further accommodate itself according to your needs. The Jawbone fitness band could tell the Nest API when you're awake. This will allow the API to set the temperature just the way you like it in the morning. Combine Nest with Whirlpool's washing machines and you'll be able to avoid even more headaches. The washing machine could 'know' when you're out and adjust its functions accordingly, to save you time and energy. Apart from the thermostat, the API also comes with a smoke alarm. This of course ends up changing the way these devices interact with you and the way they function as well. 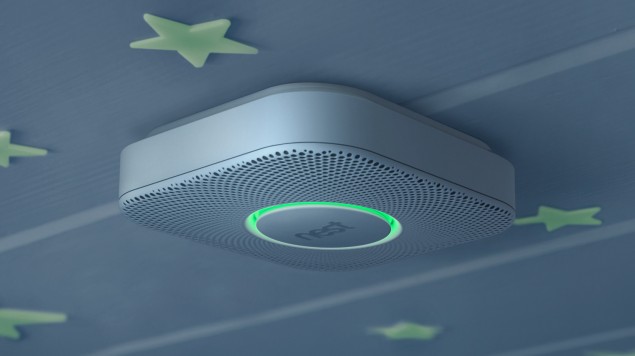 Coming towards smoke alarms, Nest ends opening up many smart, distinct possibilities. Coupled with LIFX's smart bulbs, the API can end up working simultaneously with the devices to change their color to Red if the Carbon Monoxide levels in your home end up rising. This also works if the amount of smoke gets high in your home. The API also works with the IFTT service. This service now enables Nest to even send text messages to you, or even to your neighbors just in case there's an emergency at home while you're away. The Wi-fi enabled LIFX bulbs can also turn on and off automatically when Nest 'informs' them that you're away. This could mean that you could find the lights on at your home when you come back, or the lights could automatically turn on or off for security reasons when you're away.

Keep in mind that these are the possibilities that are available only with two devices which come with the Nest API. The platform however does come with some limitation related to these devices. Some of the Nest's sensors aren't in the API as of yet. The thermostat can measure humidity and ambient light levels, but access is not currently provided to these on the API. Coming towards developers of the project, they will be able to access home and away states to see whether you're in or out. The will also be able to access peak energy events, and ETA features on your Mercedes cars. Ads are a strict no no on the Nest platform. According to Nest's Matt Rodgers, ads are not a part of the API's strategy and developers will have to inform you of what information they want. In addition, developers will not be able to retain more than 10 days of data. For more information on Nest's developer program, click here.

That's all that we have for you today on Google's Nest API today folks. It looks like a really promising project, with a lot of potential. The intentions behind it seem to be noble as well, according to Rodgers, who says "our goal is to make them free. Our products should be free. If you save people energy and save lives, those are good things that everyone should have." Let's see what the future holds for this platform.