After Apple introduced its large screen iPhones, the tech giant also brought about a change in financial innovation courtesy to the NFC chips present in its smartphones. These chips might not be used to facilitate file transfers, but to make contactless payments from point of sale locations that possess NFC terminals. The same concept was brought forward in the company’s first ever wearable, Apple Watch (although you will be required to pair your iPhone and Apple Watch in order to make this possible).

However, Jawbone, a startup company whose forte lies in producing wrist wearables, has challenged Apple Pay and the tech firm's Apple Watch with its latest wearable, UP4. The core difference between UP4 and Apple Watch is that Jawbone’s offering will not require you to pair your smartphone in order to successfully complete the transaction. 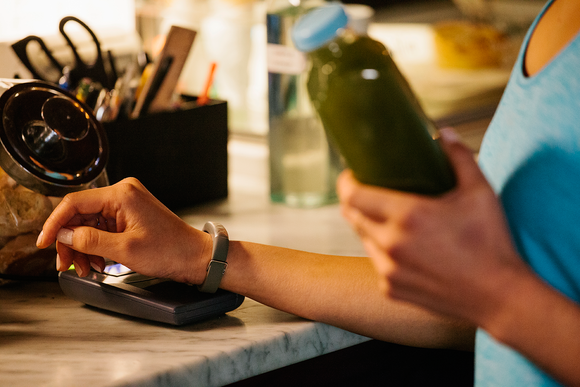 Jawbone has been able to assimilate the NFC payment feature thanks to the partnership of the startup and American Express. While wearers of UP4 will still be required to make transactions through American Express, this is first time we are actually able to see a wearable possessing the capability to make standalone payments through its NFC chip. While online transactions are flexible and convenient, the primary concern for an abounding number of consumers is lack of security.

However, American Express VP, Leslie Berland believes that those concerns can be put to rest. The individual has stated that:

“If you think somebody else has your band, or if you lose it, you just go into the app and you disable it right there so it takes away any of that risk. When you have something that’s on the body 24/7 you know when it’s not there.”

His words might sound thoroughly convincing, but when you use Apple Pay or Google Wallet, the perk of using them from your smartphone or tablet is a fingerprint scanner or PIN code respectively provided as an added security measure. Regardless, UP4 will be retailing for $200, which is only $20 more in contrast to its predecessor, UP3. While Apple Watch could not give you a whole day worth of battery life, UP4’s maker states that the wearable will last up to a week and can also be used as a fitness tracker.

Compared to the $349 for what you would be paying for Apple’s offering, we are inclined to say that we would not mind being in possession of something that costs less, keeps a check on our health, and makes paperless transactions comfortably. UP4 will be available in the following color schemes:

If you are convinced that this is the wearable for you, then you can always get the extra details from Jawbone’s PDF file.