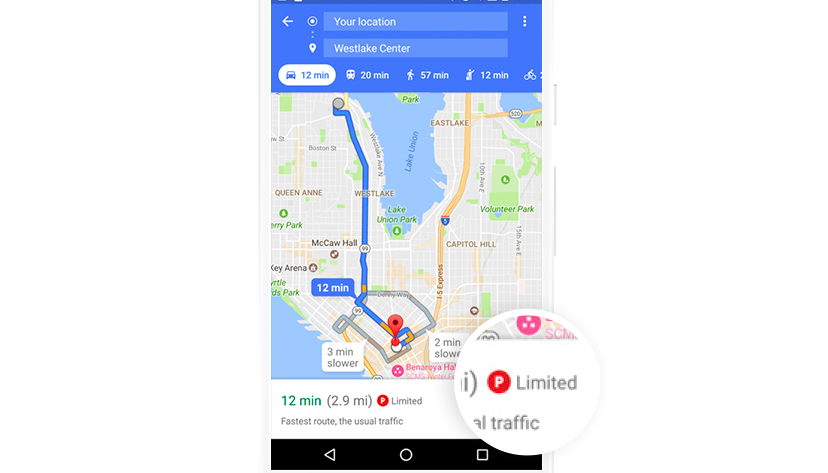 Google Maps has always been a saviour when it comes to finding routes and knowing about current traffic condition in particular areas. Now, in one of its latest update for Android, Google is enhancing its maps services by adding yet another nifty feature. The new feature is about showing the parking availability at the destination you are heading.

The company is putting the “historical parking data” to usage and is analysing the data to ascertain how difficult the parking situation is in the particular area. It will show the parking difficulty level as Easy, Medium, or Limited. This information will be displayed in the form of direction cards. Interestingly, the feature is not exactly a new addition for Google Maps beta users on Android.

Factoring in time for parking can make or break a night out, let alone making it to that big meeting on time. So in 25 metro areas throughout the U.S., we’ve introduced a new parking difficulty icon in Google Maps for Android that’ll give you a heads up on what kind of parking crunch to prepare for when you’re on the go.

With this new feature, users are going to make the most of what Google Maps is capable of delivering. Especially for the amateur drivers, the new feature will raise their awareness of the parking level. It does not show the live parking availability, but it can make users aware of the parking space and whether it is easy to park a vehicle at the destination.

As Google took help from the “historical” data to determine parking space level, it is not possible to integrate live feed in it. Although, we can expect Google to make modifications in the feature by throwing in modern tech that will fetch real-time parking condition. For now, we have to be happy with the static information about how easy or difficult the parking space is at the select locations. It could prove to be very useful for areas with dense population.

To use the feature, users must first choose a destination and ask for directions. After that, they will see parking difficulty icon at the bottom of the screen. Currently, the feature is available for Android users. We hope it will soon be released on iOS.