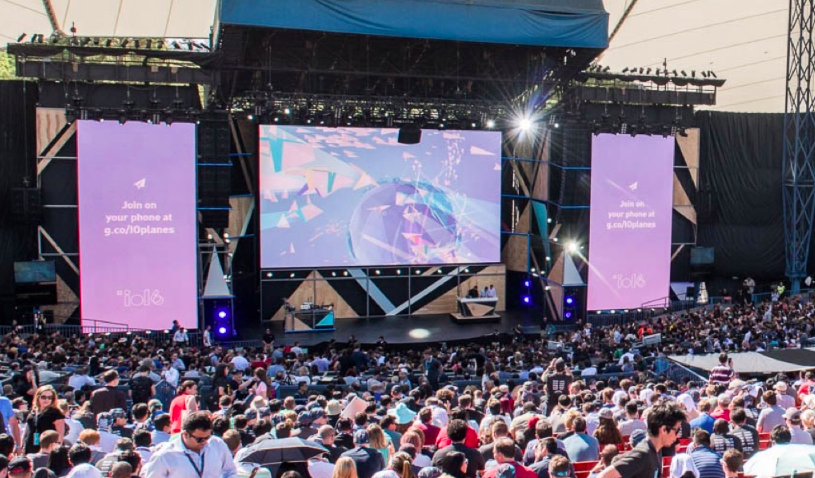 Google is all set to kickstart its I/O 2017 conference on May 17, which is why the company has launched the latest version of its official I/O app on Android. This app will let users watch the entire event live without the need to search on the internet. Just download the app, and it will notify you about all the lined up events at the I/O 2017.

The app would be particularly useful for the people who will be attending the event, as it will let them reserve their seats for various sessions. The app is currently on version 5.0 and is updated every year. It is made open-source by the end of the conference to help as a guide to the developers. Last year, Google announced that the app would let attendees reserve their seats ahead of the event.

With the version 5.0, the app has gone through a makeover, with a new bottom bar, which is stacked with animated icons that grow when you tap on them and shrink when left idle. You can sign-in with your Google account and take a look at your saved sessions, in the “My I/O” tab. This tab would also let you check the schedule and view which sessions would be live streamed. 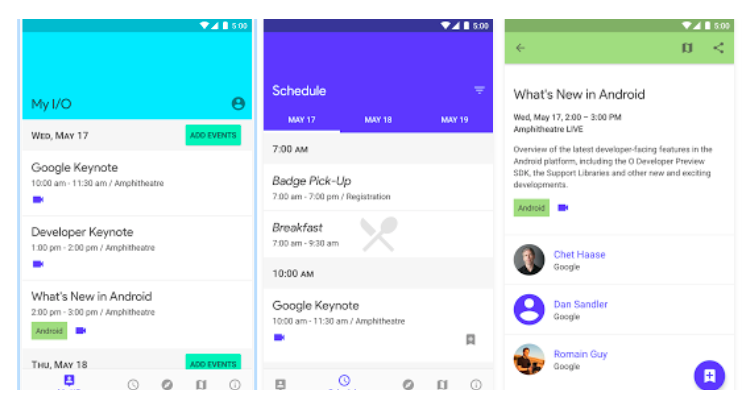 The Feed tab in the app shows “card with relevant info and tips about Google I/O before, throughout, and even after the conference.” There is also "Maps" tab that would guide the in-person attendees to check out important areas at the event. Users will also be able to pinpoint on the map to show their exact location when they at the Shoreline. The most important tab is the "Info" tab that shows all the information such as Wi-Fi password, as well as App Settings.

I/O 2017 app with its latest version is now available for Android. The app is yet to receive an update for the iOS version. For the ones who already have the I/O app installed from the previous year, you will soon get the update which will bring the app to the latest version.

Now that the I/O 2017 app has been updated, we can't wait for the event to kick off on May 17. Stay tuned with us to know everything that Google announces at the event.