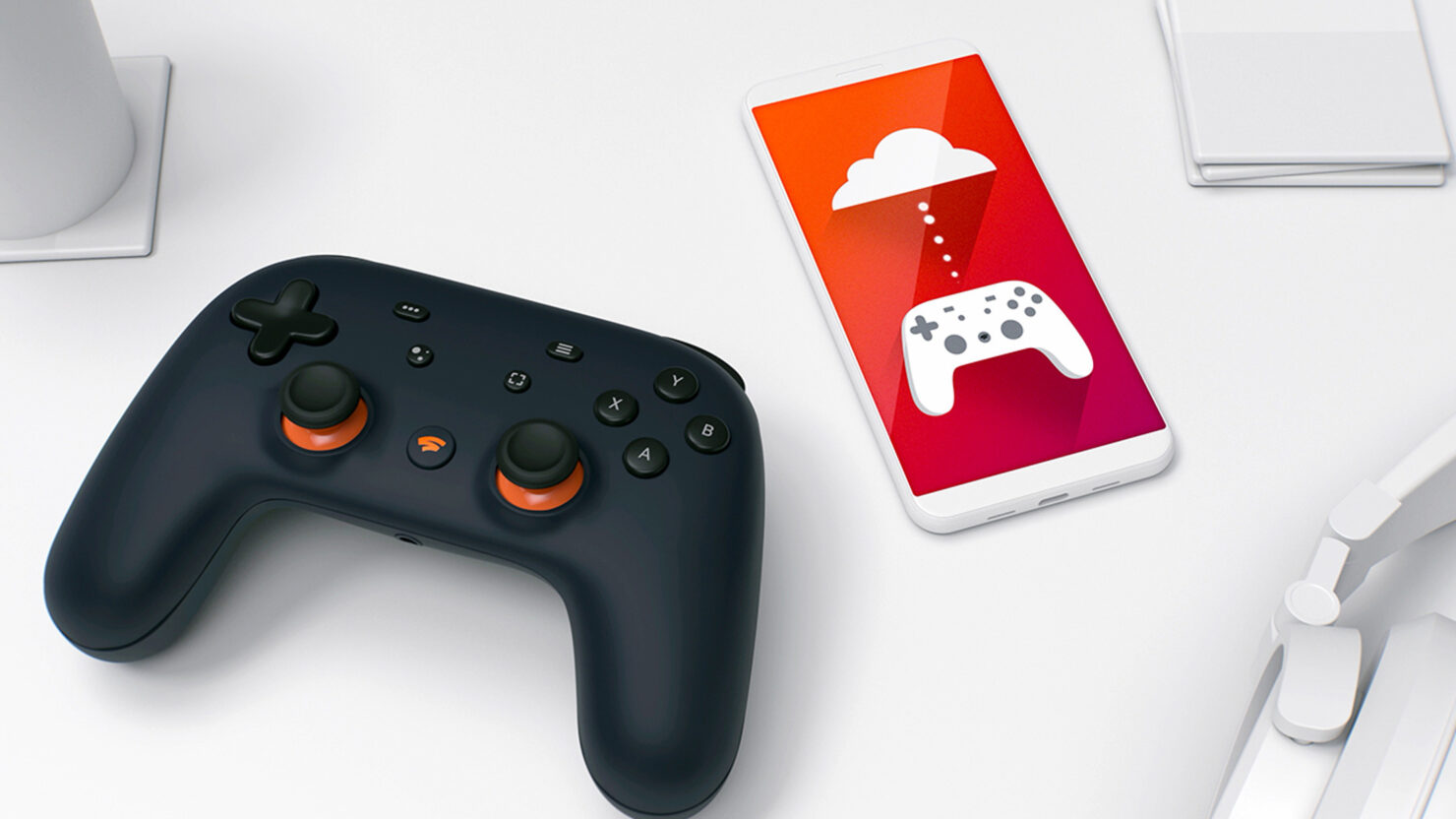 It seems like Google has also sneakily added the Stadia free tier. Now anyone with a Gmail address will be able to sign up for free and play games at up to 1080p/60fps and stereo sound. The promotion gift of two months of Stadia Pro subscription remains in place, but the good news is that you'll be able to keep playing for free after that ends. Of course, you would then lose access to the games included with Stadia Pro (currently Destiny 2: The Collection, GRID, Gylt, SteamWorld Dig 2, SteamWorld Quest: Hand of Gilgamech, Serious Sam Collection, Spitlings, Stacks on Stacks (on Stacks), and Thumper) as well as 4K HDR and 5.1 sound functionality.

Phil Harrison, Vice President and General Manager at Google, just announced the company's decision to gift two months of Stadia Pro subscription to everyone. The rollout will happen over the next 48 hours or so across the 14 countries that currently support Stadia: Belgium, Canada, Denmark, Finland, France, Germany, Ireland, Italy, Netherlands, Norway, Spain, Sweden, the United Kingdom, and the United States.

We’re facing some of the most challenging times in recent memory. Keeping social distance is vital, but staying home for long periods can be difficult and feel isolating. Video games can be a valuable way to socialize with friends and family when you’re stuck at home, so we’re giving gamers in 14 countries free access to Stadia for two months. This is starting today and rolling out over the next 48 hours.

Anyone who signs up will get two free months of Stadia Pro with instant access to nine games, including GRID, Destiny 2: The Collection, and Thumper. You can purchase even more games on the store, which will remain yours to play even if you cancel your Stadia Pro subscription. If you’re already a paid Stadia Pro subscriber, we won’t charge you for the next two months. After that, Stadia Pro is $9.99 a month, but you can opt out of your subscription at any time.

If you’re new, playing on Stadia is simple:

With increased demand due to more people at home during this time, we’re taking a responsible approach to internet traffic. For Stadia, we’ve always adjusted bandwidth use based on a variety of in-home and local internet factors. To reduce load on the internet further, we’re working toward a temporary feature that changes the default screen resolution from 4K to 1080p. The vast majority of people on a desktop or laptop won’t notice a significant drop in gameplay quality, but you can choose your data usage options in the Stadia app.

Google had already gifted three months of Stadia Pro subscription to select YouTube Premium subscribers earlier this month. The free Stadia tier might not be officially here, but Google is clearly trying to get as many gamers as possible to try its cloud streaming service.

The company is continuing to invest a lot in Stadia despite a less than impressive launch. Former God of War producer Shannon Studstill is now heading up a second first-party studio (after Jade Raymond's), and Gears Tactics developer Splash Damage is also working on an exclusive game for Google Stadia.