Google CEO Will ‘Drop Everything’ To Fix The Cheeseburger Emoji 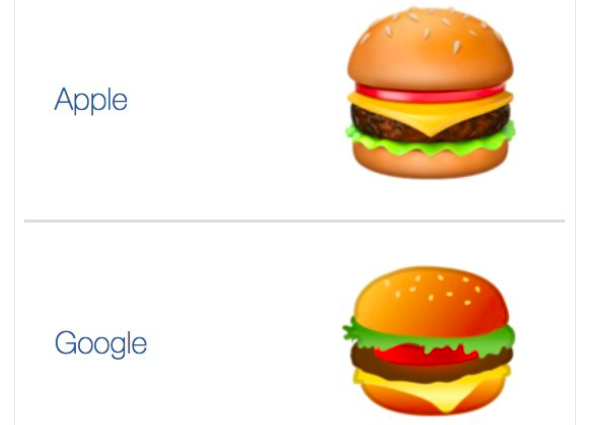 Google's emojis are not loved by all, but regardless of scarce love, the company has worked hard to update the emoji library. Detailing matters the most when it comes to emojis, they have to be realistic . A user recently pointed out the inaccuracy of Google's cheeseburger emoji.

Don't mess with the cheeseburger design

Pointing out the error in the design, Baekdal tweeted,"I think we need to have a discussion about how Google's burger emoji is placing the cheese underneath the burger, while Apple puts it on top." Baekdal's tweet ignited other users to respond to the faulty emoji,“Cheese simply has to be on the burger, no argument. I can't believe anybody would stack it like that emoji,” wrote one user.

According to a report from The Verge, Google seems to be the only one who has got the design wrong. It compared the emoji design of Google's cheeseburger emoji with other OEMs like Apple, Samsung, Microsoft, and even the old LG and HTC. With the help of Emojipedia for comparison, we got to know that everyone else has got the cheeseburger emoji right. All of them have the cheese slice placed above the patty, unlike Google.

The issue caught the eye of the CEO Sundar Pichai who replied to the tweet stating that he would “drop everything” and correct the cheeseburger emoji design on Monday provided that folks can agree on the correct way to fix it.

Well, we didn't know that incorrect cheeseburger emoji is capable of getting everyone's attention. We hope Google fixes it soon.

UPDATE: Looks like the Cheeseburger emoji is not the only emoji where Google seems to be lagging behind. AndroidCentral pointed out that Google's Beer emoji also needs some tweaking.

Hey @sundarpichai think we could talk about the beer emoji next? Glass is 1/2 full ... but still foam coming out of the top ??? pic.twitter.com/dVWhnT8x2Z