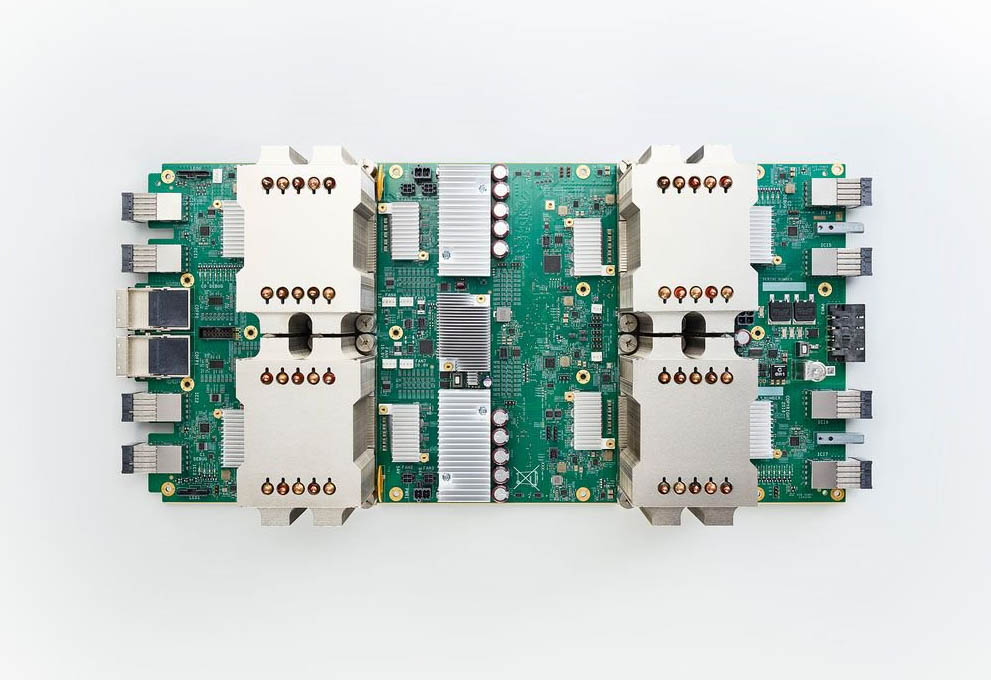 Naturally, the latest chip is going to be for machine learning purposes and to emphasize the power packed performance, Google revealed that for the first time it had to incorporate liquid cooling in its data centers.

Almost all major companies are trying to create customized AI hardware to handle machine operations. This framework for creating machine learning tools is optimized for Google’s TensorFlow. The company wants to increase the presence of Google Cloud and bring it to the same level as Amazon. With Amazon Web Services, Amazon wants to dominate the cloud infrastructure ecosystem.

Additionally, a lot of startups are also engaged in the development of custom machine learning hardware. Most of them want to take down NVIDIA on performance or price for AI-related tasks. The TPU 2.0 was launched by Google at last year’s I/O conference, so it was not surprising to see the new iteration this year. However, a lot of issues surround the development of custom silicon. Do developers really need one when NVIDIA’s card can get the work done?

However, data sets are continually getting larger and something like GCP can make it easier and more affordable for companies to utilize their data set and become more defensible. Intel is also engaged in the development of similar products. It is focused on FPGA (field-programmable gate array) that is more flexible and modular and can accommodate the changing needs of the industry. However, not a lot of engineers can program FPGA.

Despite that, Microsoft is also focusing on FPGAs and also announced Brainwave yesterday for its Azure cloud platform. At the heart of it all, Google is still an advertising giant, but it is refreshing to see that it is taking on other business segments while also being able to cater to the needs of people and other businesses.