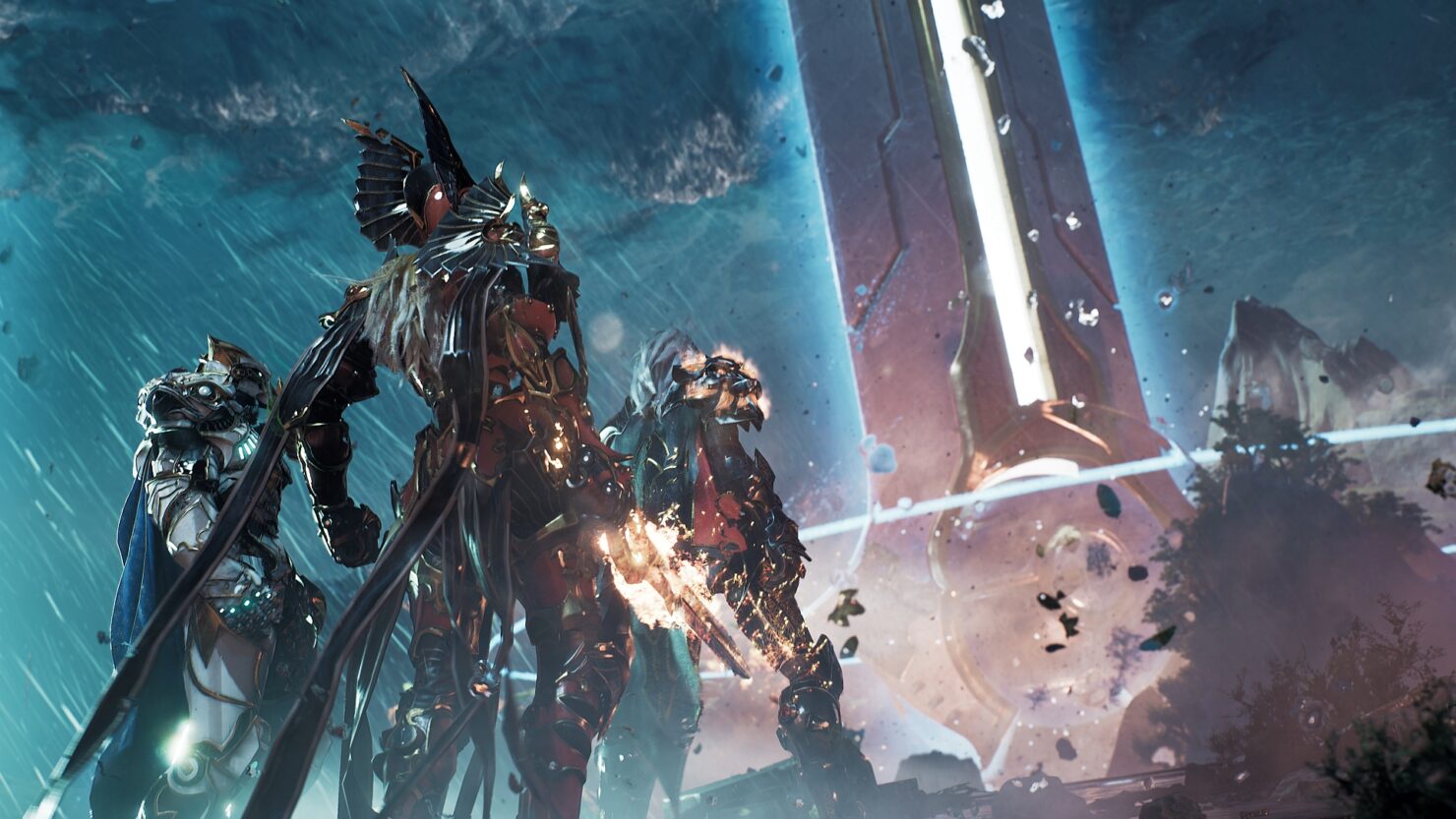 A new Godfall trailer has been released online, showcasing the upcoming PC and PlayStation 5 game.

The new trailer, which has been captured on PlayStation 5, focuses on the game's combat mechanics. You can check it out below.

Aperion is on the precipice of ruin. You are the last of the Valorian knights, god-like warriors able to equip Valorplates, legendary armor sets that transform wielders into unstoppable masters of melee combat. Tear through foes as you climb through the elemental realms and challenge the mad god, Macros who awaits you at the top. Ascend in Godfall, the first-of-its-kind, looter-slasher, melee action-RPG.

Godfall is going to be released in multiple editions which will feature additional goodies. Alongside the standard edition, Counterplay Games and Gearbox will release a Deluxe Edition, which will include the yet to be named first expansion, and an Ascended Edition which will include additional cosmetic items like the Gold Valorplate skins (Silvermane, Phoenix, and Greyhawk) as well as an Orange Vertigo Valorplate Skin, Gold Weapon Pack, Gold Shield, Gold Royal Banner, and Zodiac Knight Lobby Title.

Godfall releases later this year on PC and PlayStation 5 worldwide. We will keep you updated on the game's release date as soon as it is announced, so stay tuned for all the latest news.