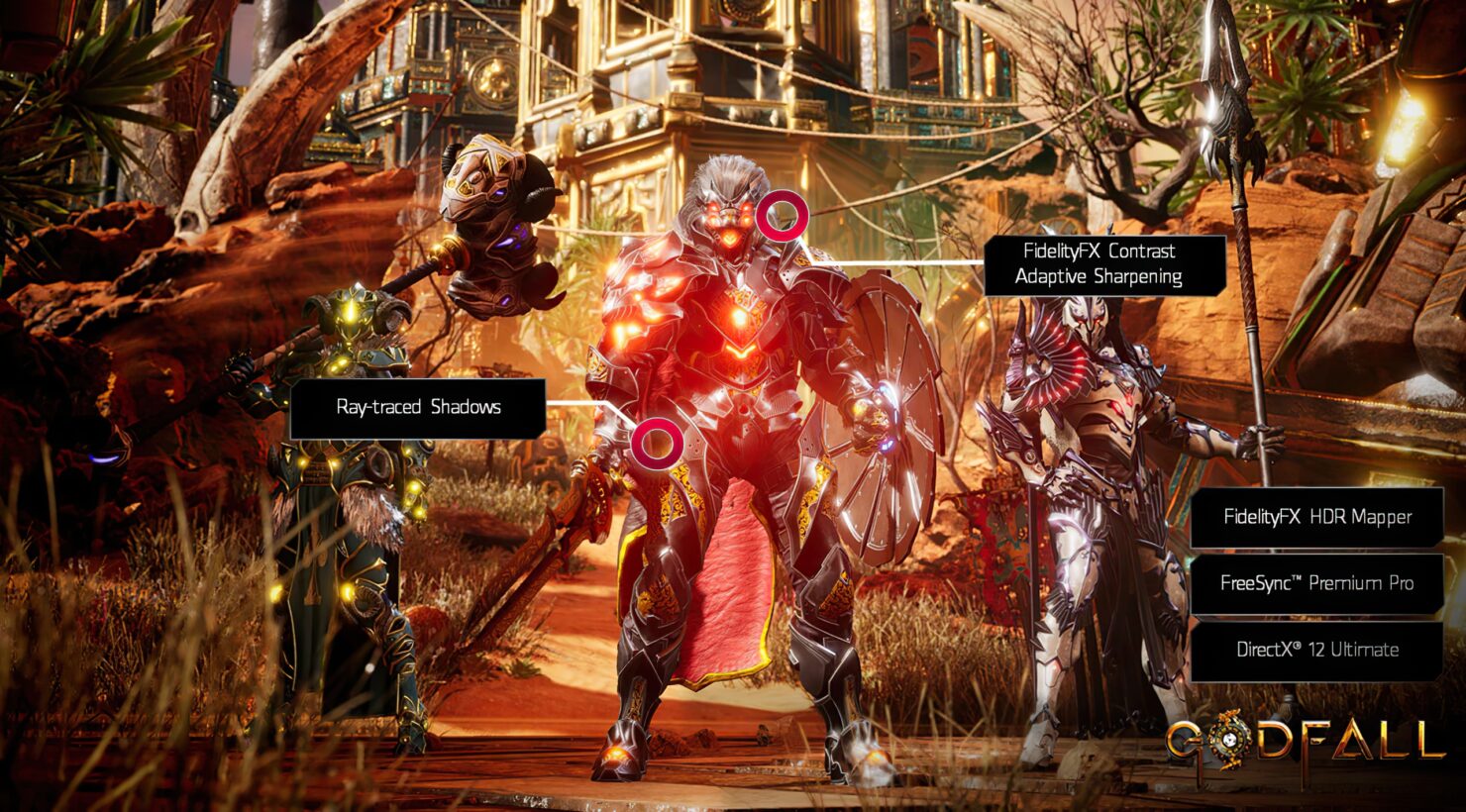 Earlier this week, we received a pre-release PC code for Godfall, the highly anticipated 'looter-slasher' coming this Thursday to PC (Epic Games store only for the time being) and PlayStation 5 (where it will be a timed console exclusive until May 12th, 2021).

Once we got into the game, we immediately set out to check the game's graphics settings and were surprised to find out there was nothing about announced DirectX 12 Ultimate features such as ray-traced shadows and Variable Rate Shading (VRS), implemented in partnership with AMD.

When we inquired with the PR department of Gearbox, the publisher for Godfall, we learned that the team at Counterplay Games is 'excited to support ray tracing on PC in an upcoming patch'. We got no ETA, though, neither was there any comment with regards to VRS, though we can guess it'll arrive at the same time to try and offset the inevitable performance hit of ray tracing.

Godfall features a built-in benchmark mode, making it easy to test your configuration's performance in this rather demanding (and great looking) title powered by the Unreal Engine 4. With our Intel Core i9 9900K@4.5GHz and a Palit GeForce RTX 3090 GameRock (default clock) graphics card, using the optimized Game Ready driver, we recorded an average of 57.3 frames per second at 4K resolution and maxed settings (including motion blur) as you can see in the footage below.

However, this includes the performance impact of Shadowplay. When we disabled it, we got 61.3 average frames per second.

Oddly enough, we noticed there's a great deal of variation in the Godfall benchmark. These weren't our first tests, in fact, we had previously registered (without recording it through Shadowplay) an average of 64.6 FPS with the very same settings. This is even more puzzling because nothing really changes in the benchmark, there's no variable such as dynamic time of day or weather that could somehow account for this difference.

Certainly, more in-depth performance testing is required, particularly when the developers will add ray tracing and VRS to Godfall in the future. Keith is already looking forward to checking all of this, so stay tuned.

For more on how Godfall's features and mechanics, check out our exclusive interview with Counterplay's Lead Technical Producer Dick Heyne, published just a few hours ago.