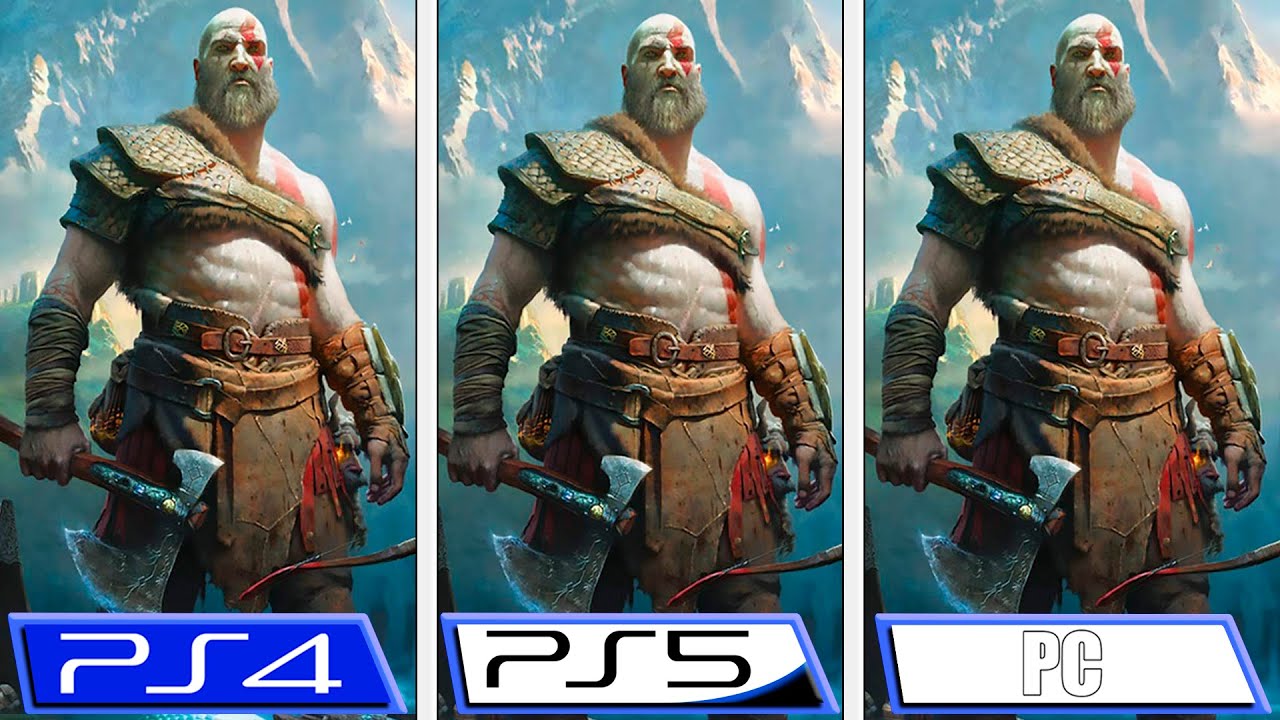 A new God of War PC vs PlayStation 5 and PlayStation 4 comparison video has been released, highlighting the game's improvements on PC.

Some days ago we already shared our very own PC impressions, showing how this gem benefits running unshackled on PC. You'll find a part of Alessio Palumbo's impression down below:

Compared to the aforementioned ports, though, God of War PC comes with some extra features. First and arguably most important is the addition of NVIDIA Reflex, available to all owners of GeForce GTX 900 Series and later graphics cards. While the first games to implement Reflex were competitive multiplayer titles, NVIDIA's technology that lowers the overall system latency has also had growing support for single-player titles. The goal is to make the controls (which natively support DualShock/DualSense controllers and appropriately show PlayStation button prompts) feel more responsive, which in turn enhances the game's excellent combat system and lets you ramp up the difficulty even further, knowing your inputs will be processed as quickly as possible. The latency improvement will be larger on older PCs, by the way, as faster PCs already have lower latency by comparison.

Following the release of this impressive PC port, YouTube channel “ElAnalistaDebits” has released its own comparison of the game, comparing the new PC version to the game running on both PS5 and PS4. As some of you might know, on Sony's next-gen console, God of War runs in backward compatibility mode (PS4 Pro), albeit with a PS5 patch that allows the game to run at 60FPS. As can be seen in this new comparison, the PC version greatly benefits from improved shading and reflections. In addition, the resolution on some textures appears to have been improved as well.

Check out the comparison video down below you judge for yourself:

What are your thoughts about this PC port? What about the PC-specific settings? Hit the comments down below.

God of War is available globally now for PC and PlayStation 4/5.