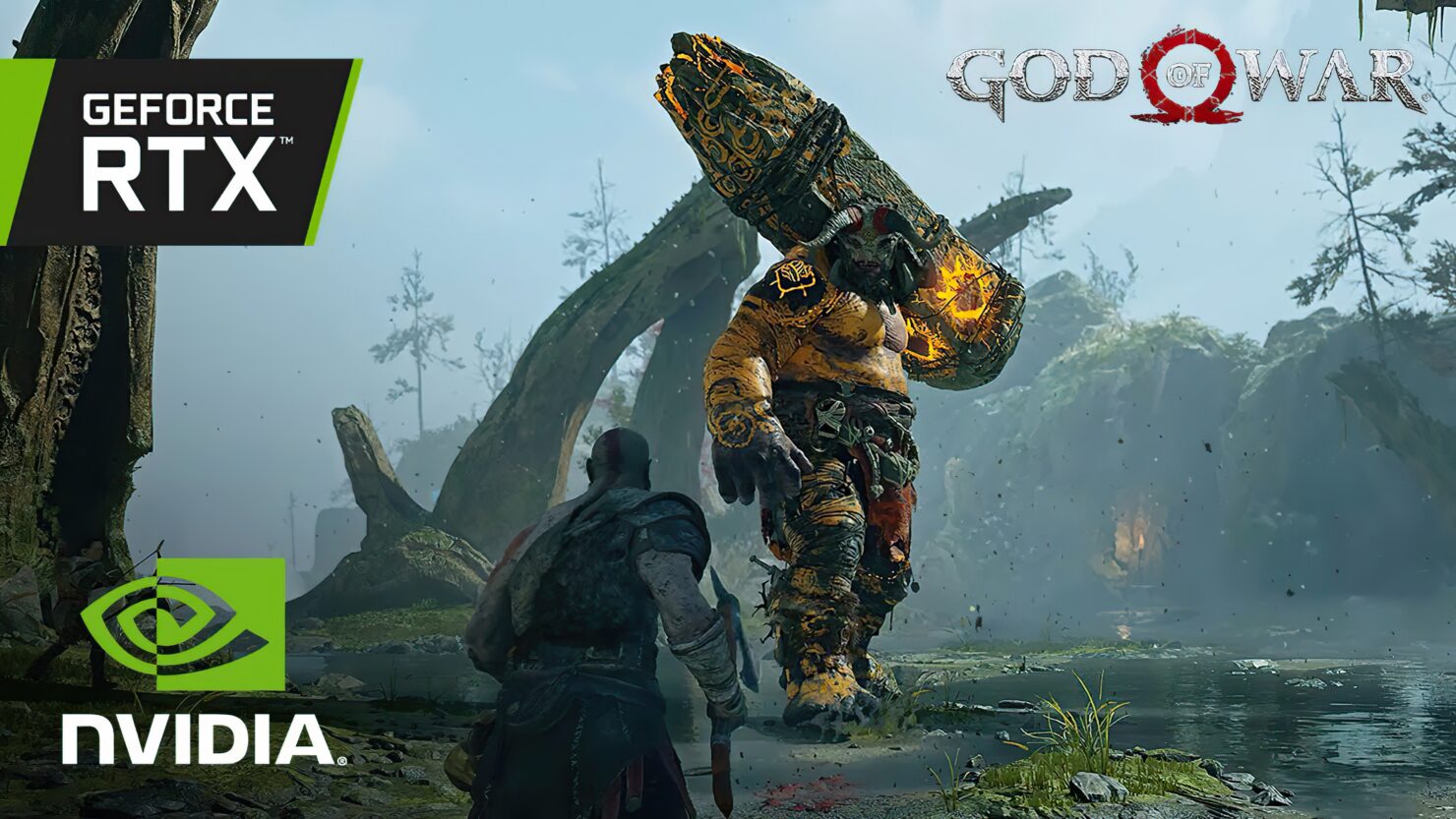 God of War PC is finally a reality, three years and nine months after the game's debut on PlayStation 4. While we're still two days away from the official launch on Steam and the Epic Games Store, Wccftech already had the chance to play this incredibly anticipated port, and it's looking really good.

God of War PC isn't the first title Sony has decided to bring to the platform. We've already had Horizon Zero Dawn and Days Gone, after all. Still, Sony Santa Monica's award-winning and best-selling game (almost twenty million units sold as of August 2021) is simply on another level than those two. God of War won Wccftech's 2018 Game of the Year Award from both the Staff and the Community. Before that happened, it had received a perfect score from Kai in the official review.

There's little else to add to that summary, honestly, if not my complete agreement with Kai's assessment. While I may not have given a perfect score to God of War, I do consider Sony Santa Monica's soft reboot of the franchise to be one of the best action/adventure games ever made, and possibly the best one in the whole PlayStation 4 library.

Playing it again for the God of War PC test, I was reminded of all the reasons behind such praise. Every single aspect of the game has been painstakingly handcrafted and polished to impressive results, from the introduction to various mechanics to the level design, enemy design, the combat as a whole, and, of course, the unique one-shot camera technique.

Unsurprisingly, the PC features make it even better, at least from a technical standpoint. Just like Final Fantasy VII Remake and Monster Hunter Rise before it, God of War PC is unshackled by the restraints and limitations of consoles. This means players can now enjoy the game at a high frame rate without any sacrifices to resolution or other settings, provided they have the horsepower to do so.

Compared to the aforementioned ports, though, God of War PC comes with some extra features. First and arguably most important is the addition of NVIDIA Reflex, available to all owners of GeForce GTX 900 Series and later graphics cards. While the first games to implement Reflex were competitive multiplayer titles, NVIDIA's technology that lowers the overall system latency has also had growing support for single-player titles. The goal is to make the controls (which natively support DualShock/DualSense controllers and appropriately show PlayStation button prompts) feel more responsive, which in turn enhances the game's excellent combat system and lets you ramp up the difficulty even further, knowing your inputs will be processed as quickly as possible. The latency improvement will be larger on older PCs, by the way, as faster PCs already have lower latency by comparison.

As covered earlier, the developers have also implemented both leading upscaling technologies (Intel's XeSS isn't out yet, after all) available: NVIDIA DLSS and AMD FSR. GeForce RTX owners will want to activate the former, while everyone else can enable the latter to save some performance.

Equipped with a GeForce RTX 3090 GPU, I've opted for the DLSS Balanced setting. Playing at an output resolution of 4K, that translated into a rendering resolution of 2228x1254, a good tradeoff between quality and performance.

There is no built-in benchmark tool in God of War PC, so I've simply had to log a session with NVIDIA's FrameView software. It should be noted that I didn't have access to the upcoming Game Ready driver that's due for launch day, so I've had to utilize the current latest driver (version 497.29).

The analysis took place in a varied playthrough of around thirty minutes near the beginning. With maxed settings (more on those below), FrameView registered an average FPS of 109.5.

Subjectively, there were a few instances of moderate stuttering, though. That surprised me a bit; as good as the game still looks, there isn't too much going on at any one time (CPU utilization is fairly low as well), nor is it designed to be an open world. There's some room for improvement when it comes to optimization, that's for sure. 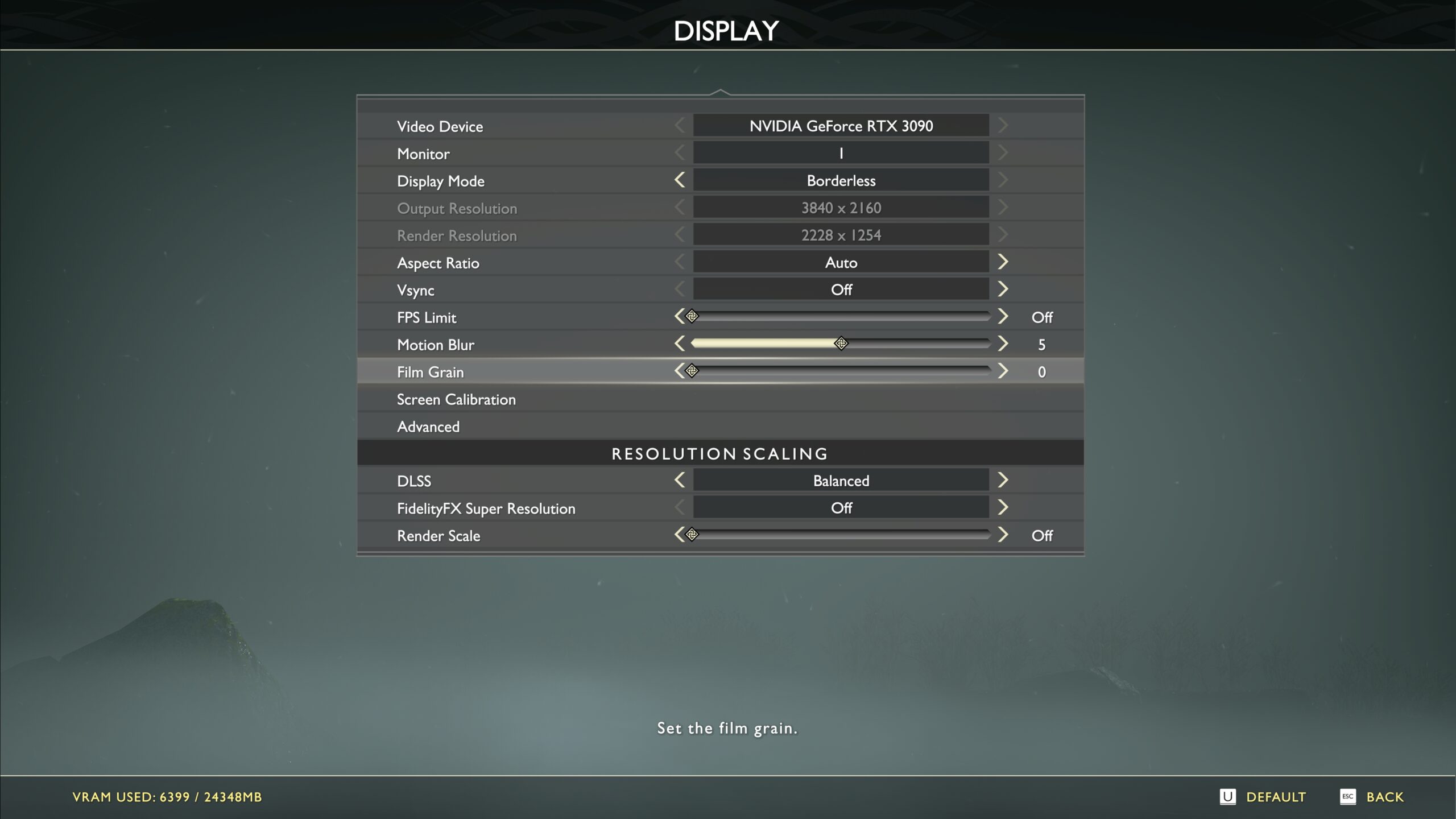 Moving on to check out the graphics options, I have to report that just like in the Final Fantasy VII Remake PC port, there is no exclusive fullscreen mode to be found in God of War PC. This is an unfortunate trend with recent PC game releases.

Thankfully, though, this port does come with uncapped frame rate and Ultra-widescreen support from the get-go. As sad as that may be, this is far from the standard for a PC port of a console game.

The settings generally go from Low to Ultra, except for Reflections, which doesn't have Low but goes up to Ultra+, and Ambient Occlusion, which stops at High. Interestingly, the intermediate setting between Low and High is actually labeled Original. This may suggest the PS4 and PS5 versions (the latter only runs the game better, by the way, with no extra bells and whistles) were sporting the equivalent of Medium settings. On the other hand, PC users can get improved graphics thanks to higher-resolution shadows, improved screen-space reflections, enhanced Ground Truth Ambient Occlusion (GTAO), and Screen Space Directional Occlusion (SSDO) effects, and higher detail assets. It isn't a massive difference, mind you, but it's there. 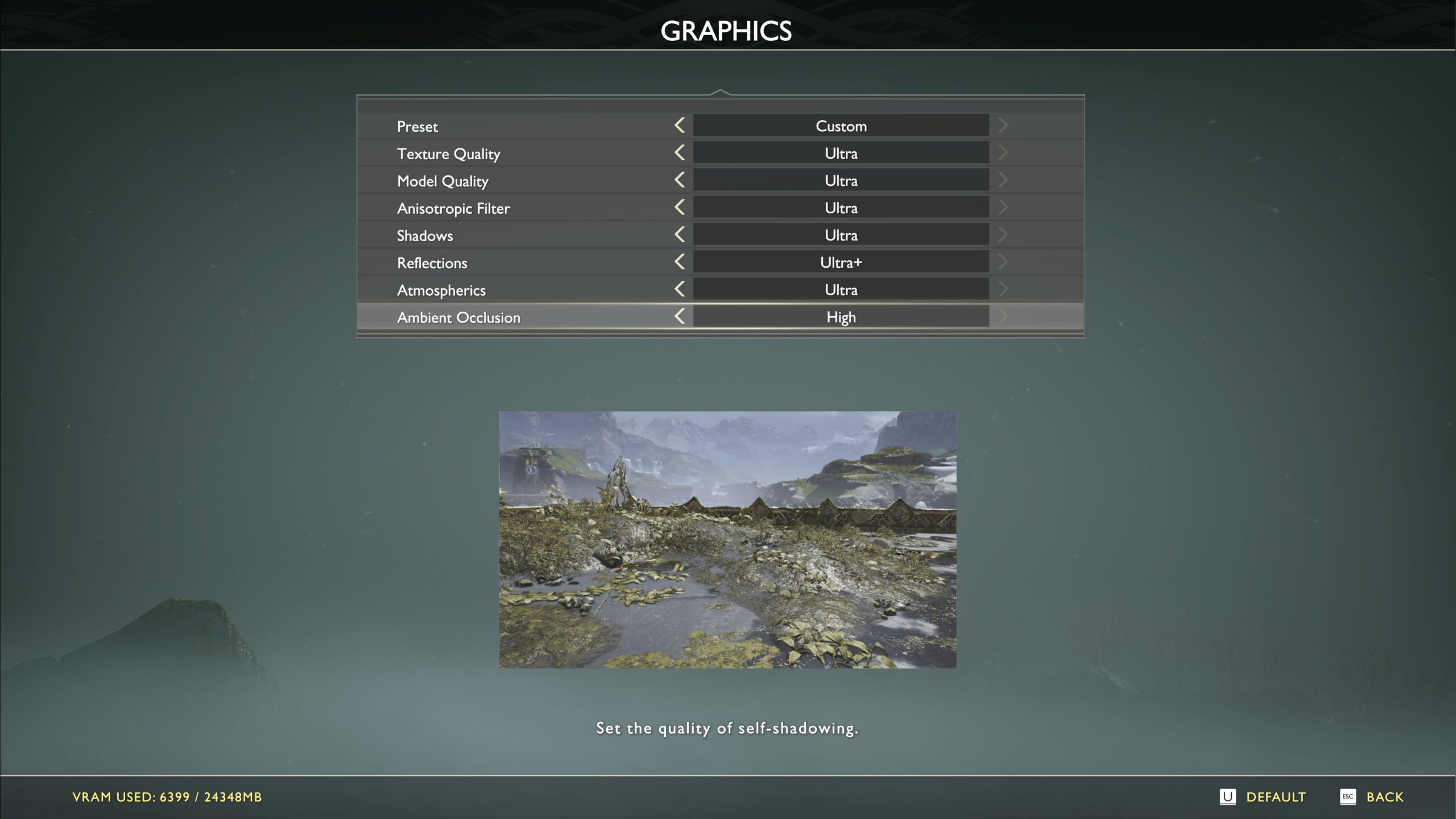