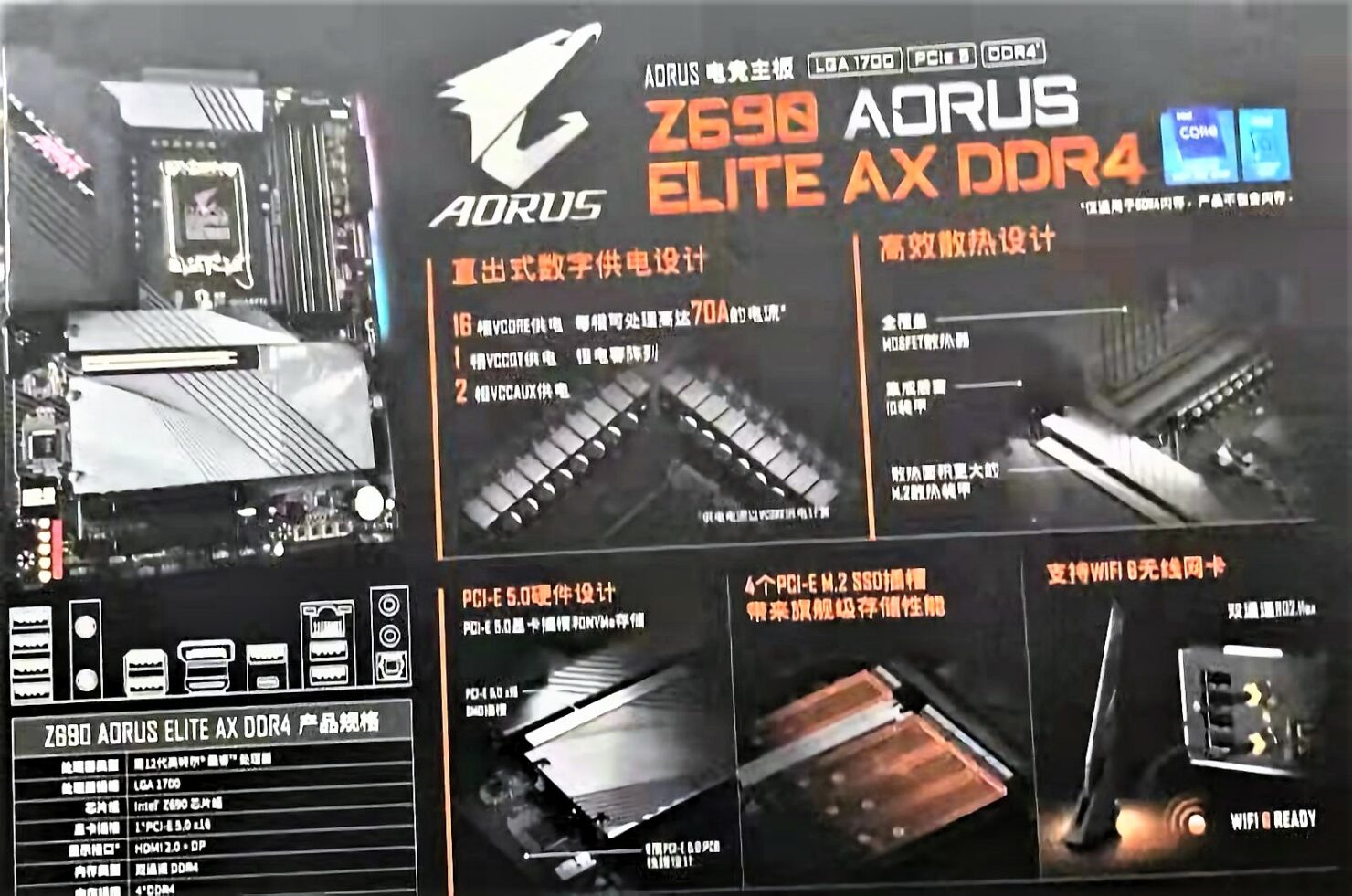 Gigabyte's Z690 AORUS Elite AX DDR4 motherboard has leaked out along with its specs sheet. The Z690 board is the first that we have seen and also confirms DDR4 memory support on Intel's 600-series platform.

The Gigabyte Z690 AORUS Elite AX DDR4 will be positioned as a mainstream motherboard for the Intel 12th Gen Alder Lake Desktop CPU lineup. Based on what we can see from the packaging, the motherboard will feature the LGA 1700 socket and power delivery that will include a 16-Phase V-Core, 1 phase VCCDT and 2 phase VCCAUX supply. The motherboard will be equipped with 70A Power Stages and a heatsink that will include two aluminum blocks with an I/O cover.

The motherboard will feature a total of four M.2 PCIe M.2 slots, all of which will be featured under a heatsink. The expansion slots will include a single PCIe 5.0 x16 slot which is highlighted by its metal shielding. There are two additional PCIe slots that are Gen 4 compliant. As for memory, the board is going to feature four DDR4 DIMM slots of which two are shielded by metal layering. Do remember that a DDR5 variant of this motherboard will also be available but it might cost a bit extra.

One key thing to note is that the Z690 PCH is housed under a standard aluminum heatsink and doesn't feature an active fan solution to cool it down. Aside from these, you get six SATA III ports, a ton of I/O ports to select from with WiFi 6 wireless connectivity, and AORUS's RGB Fusion lighting along the back of the motherboard and also on the front panel I/O cover.

There are 10 USB ports, HDMI/DP display outputs, a single LAN port & an HD audio jack on the Gigabyte Z690 AORUS ELITE AX DDR4 motherboard too. Overall, this board looks like it will be priced around the $200-$250 US price range. Another Gigabyte Z690 motherboard with DDR4 memory support was spotted earlier today in the Puget System benchmark database which you can read more about here.